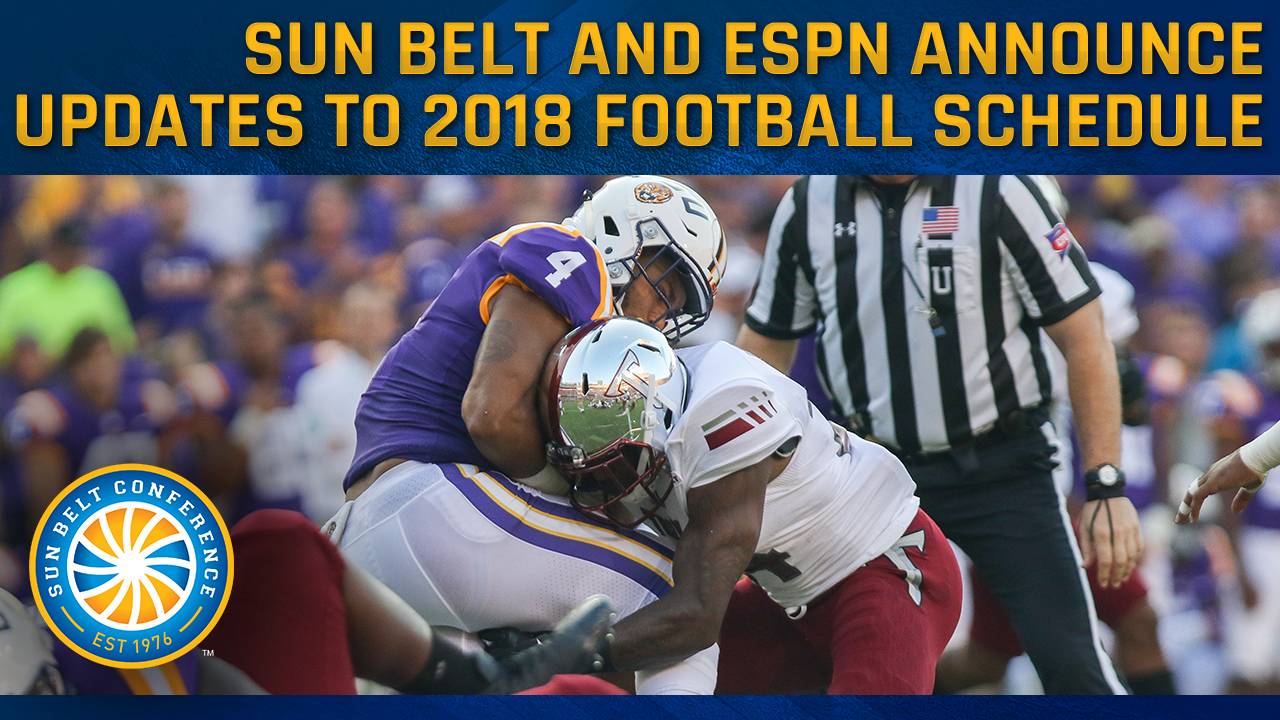 In whole, 20 games were assigned times and 14 network designations were named on the schedule.  Network designations for the conference’s six October linear network games had previously been announced, but had not received game time assignments until today.

One game, ULM’s home contest against Southeastern Louisiana received a date change.  The Warhawks will now host that contest on Thursday, Aug. 30 at 7:00 p.m.  The game had previously been scheduled for Saturday, Sept. 1.

More schedule information, such as non-conference away game times and networks, will be released as it becomes available.

Today’s release comes after a release this past March that the Sun Belt and ESPN agreed to a longterm, extensive multimedia rights agreement.  The partnership will run through the 2027-28 academic years and grants ESPN exclusive rights for the distribution of all Sun Belt sports with exposure on ESPN linear and digital platforms.  As part of the agreement, the Sun Belt will have a vast amount of content on ESPN’s direct-to-consumer (no cable or satellite subscription needed) streaming service ESPN+.  Subscribers receive thousands of live events, and original shows and films, and an on-demand library not available on ESPN’s linear TV or digital networks.

The full list of games having been assigned a time and network designation is as follows.