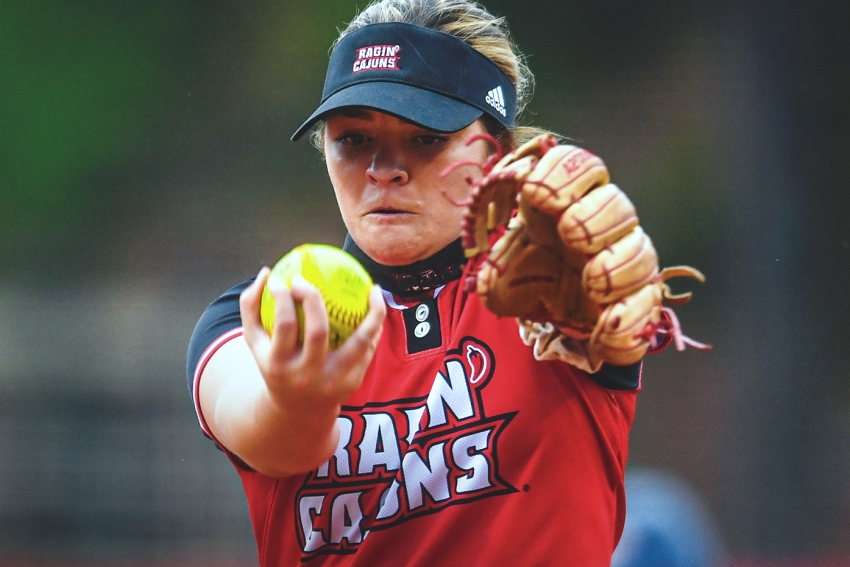 Directed No. 13 Cajuns to vital wins that secured series victory over Texas State

LAFAYETTE – Summer Ellyson earned three wins combined in matchups with Troy and Texas State, allowing Louisiana to maintain its position atop the Sun Belt standings, and those efforts were recognized on Tuesday as she was named the Sun Belt Conference Pitcher of the Week.

The senior right-hander collected the 12th SBC Pitcher of the Week award of her illustrious career. She has now claimed at least one weekly award in each of the past four seasons competed.

In 18 innings of work combined against the Trojans and Bobcats, Ellyson yielded just five runs, scattered 13 hits and struck out 22.

Her week began by sewing up the road series sweep of Troy on Monday, working five innings and not allowing a runner to reach scoring position aside from a third-inning home run.

Over the weekend in the Texas State series, Ellyson took control in the circle after the series-opening defeat and steered Louisiana to back-to-back wins to claim yet another critical conference series victory. She worked 13 innings in the circle against the Bobcats and limited them to a .188 average, yielded just three runs, scattered nine hits, didn’t issue a walk, and struck out 19.

Ellyson wrangled control in the series back to the Ragin’ Cajuns dugout with 12 strikeouts in a Game 2 victory where she carried a shutout into the sixth inning. On Sunday, she twirled a one-hit shutout of the Bobcats in the rubber match facing only one batter over the minimum in six innings.

Louisiana, which has received at least one SBC Player or Pitcher of the Week award since the inception of the league in 2000, now owns 91 pitcher of the week awards in program history.

Ellyson and the Ragin’ Cajuns are back at Yvette Girouard Field at Lamson Park on Tuesday (April 20) closing out their April homestand with a 4 p.m. single game against Louisiana Tech. The matchup airs live on ESPN+, and fans can also follow on SportsRadio ESPN 1420-AM and CajunStats.com.

Following the LA Tech matchup, No. 13 Louisiana travels to Tuscaloosa, Ala., for a weekend showdown with No. 5 Alabama. The nationally ranked squads are set to meet Saturday-Sunday, April 24-25 at Rhoads Stadium with first pitch set for 1:30 p.m. (CDT) each day live on SEC Network Plus.