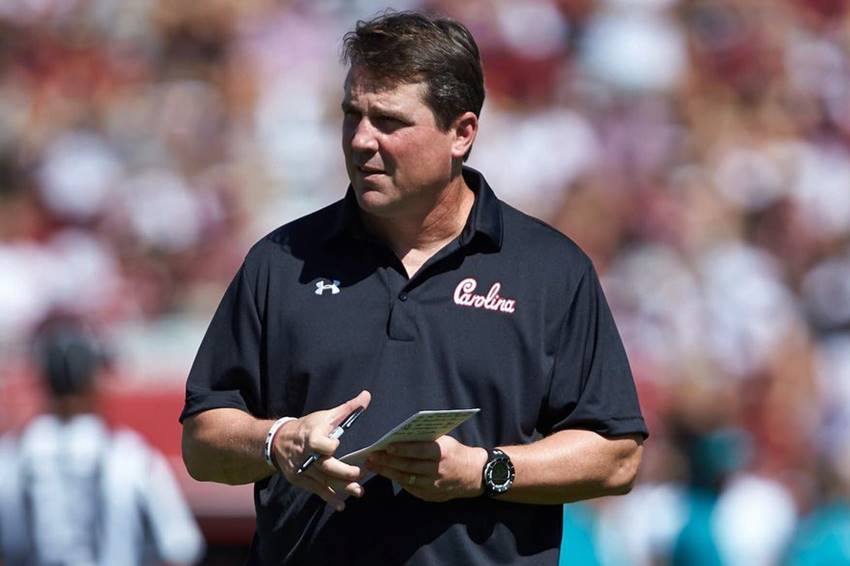 It is about to be Christmas for a handful of coaches who may be lucky enough to land a job on Ed Orgeron’s staff at LSU.

Coaching in the SEC is a great thing. You sign a big deal, and when they can you after a season or two, you leave with a golden parachute. In the case of LSU’s Bo Pelini, it was a purple and gold parachute.

Getting fired can be a financial catharsis. Ask Will Muschamp.

The former South Carolina head coach will walk away with a $15.5 million buyout. Reportedly, if he takes another job, that new salary doesn’t mitigate the money owed by South Carolina.

That clause is becoming more common in football coaching contracts.

This America is a great country, isn’t it?

So, what should Muschamp do? He should return to Baton Rouge and coordinate Orgeron’s defense.

In 2003, when Muschamp was the defensive coordinator for the Tigers, LSU led the nation in scoring defense and total defense.

Muschamp has coordinated the Auburn defense. He was the head coach at Florida before South Carolina. That means he brings extensive experience in the SEC. Muschamp would be the bombshell hire on defense that LSU needs.

While Orgeron is hiring, he should also tab Bo Davis to coach his defensive line.

The 1993 LSU graduate coached in 2020 for the Detroit Lions. He also coached at LSU from 2002 through 2005, had one stint at Texas and served two different times with Nick Saban at Alabama.

Plus, Davis is also highly regarded by Orgeron confidant Pete Jenkins, the former defensive line coach at LSU and the Philadelphia Eagles. Davis thought enough of Jenkins to assist at Jenkins’ annual lineman’s camp in Thibodaux.

Orgeron should also investigate Matt Mumme as his offensive coordinator.

The son of Hal Mumme, legendary inventor of the Air Raid offense, is a former University of Kentucky quarterback.

At Nevada, he’s developed quarterback Carson Strong into the Mountain West offensive player of the year. Strong’s TD pass total went from 11 in 2019 to 27 in this shortened 2020 season. His interception total fell from 7 to 4 while his yards per attempt rose from 6.2 to 8.1.

Mumme is a name that has panache in the south but, more importantly, the man can obviously coach. He’s also unlikely to hurry off to the National Football League, something 2019 passing game guru Joe Brady did at the end of last season.

We know Orgeron has a lot of coaches to hire.

We just hired three for him.