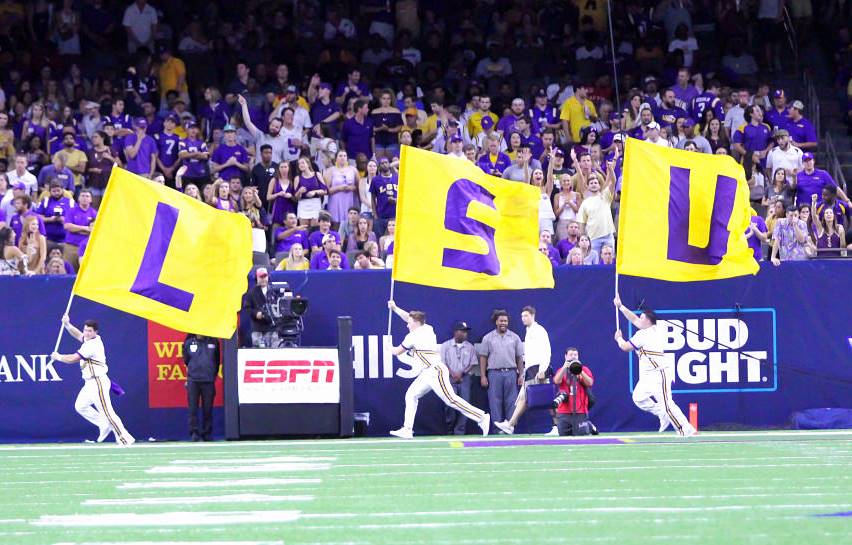 NEW ORLEANS – The Sugar Bowl will serve as the host for national powers LSU and Florida State when the teams meet to open the 2022 college football season over Labor Day weekend in the Mercedes-Benz Superdome.

The 2022 season-opener, which will be played on Sunday, September 4, is the first of two games between the teams. The Tigers and Seminoles will open the 2023 season on Labor Day weekend as well as they will meet on Sunday, September 3 at Camping World Stadium in Orlando.

While neither team is a stranger to the Sugar Bowl – LSU and Florida State have combined to make 19 trips to the Sugar Bowl – they have never lined up against each other in New Orleans. The Tigers have an all-time mark of 6-7 as their 13 Sugar Bowl appearances are the second-most all-time. The Seminoles have a 4-2 Sugar Bowl record.

“We’re thrilled to be able to bring a regular-season game of this magnitude to New Orleans,” said Sugar Bowl President Ralph Capitelli. “With LSU and Florida State in the Superdome, the national spotlight will once again be on New Orleans and the Sugar Bowl, and it will certainly mean good business for the city. Teams like LSU and FSU have options when it comes to games like this – we’re glad they chose us.”

“We’ve been working on this for a few years,” said Sugar Bowl CEO Jeff Hundley. “The stakes are high, but with LSU and FSU we have two nationally-recognized programs within driving distance of New Orleans. We’re expecting a big and enthusiastic crowd here for Labor Day Weekend in 2022. It should be fun.”

The game ensures LSU a return trip to the site of its recent College Football Playoff National Championship – when it defeated another ACC foe, Clemson, 42-25, on January 13. The Allstate Sugar Bowl was a key part of the local host committee for the CFP title game after spearheading New Orleans’ bid to host the game for the first time.

Likewise, Florida State has captured a national championship in the Sugar Bowl – the Seminoles capped their first undefeated season with a 46-29 BCS Championship victory over Michael Vick and Virginia Tech in the 2000 Sugar Bowl, which doubled as a BCS Championship.

While the Sugar Bowl Committee sponsors a wide-range of events throughout the year, this will be the first time it has hosted a regular-season college football game. The Bowl has hosted two BCS Championship games (2008 and 2012) in recent years, while in 1942, the Sugar Bowl hosted the East-West Shrine Game for college football all-stars. That game had been moved from San Francisco due to fears that playing the game on the west coast could make it a potential World War II target.

The Sugar Bowl Committee received a crash course in the running of a kickoff classic when it stepped in to assist the Houston Texans with the operation of the 2017 Advocare Texas Kickoff, which was played in New Orleans on September 2, 2017 due to Hurricane Harvey.

The Allstate Sugar Bowl has established itself as one of the premier college football bowl games, having hosted 28 national champions, 93 Hall of Fame players, 50 Hall of Fame coaches and 18 Heisman Trophy winners in its 86-year history. The 87th Allstate Sugar Bowl Football Classic, which will double as a College Football Playoff Semifinal, will be played on January 1, 2021. In addition to football, the Sugar Bowl Committee annually invests over $1.6 million into the community through the hosting and sponsorship of sporting events, awards and clinics. Through these efforts, the organization supports and honors nearly 100,000 student-athletes each year, while injecting over $2.5 billion into the local economy in the last decade. For more information, visit www.AllstateSugarBowl.org.