Stacy Hollowell named Collegiate Coach of the Year for Louisiana 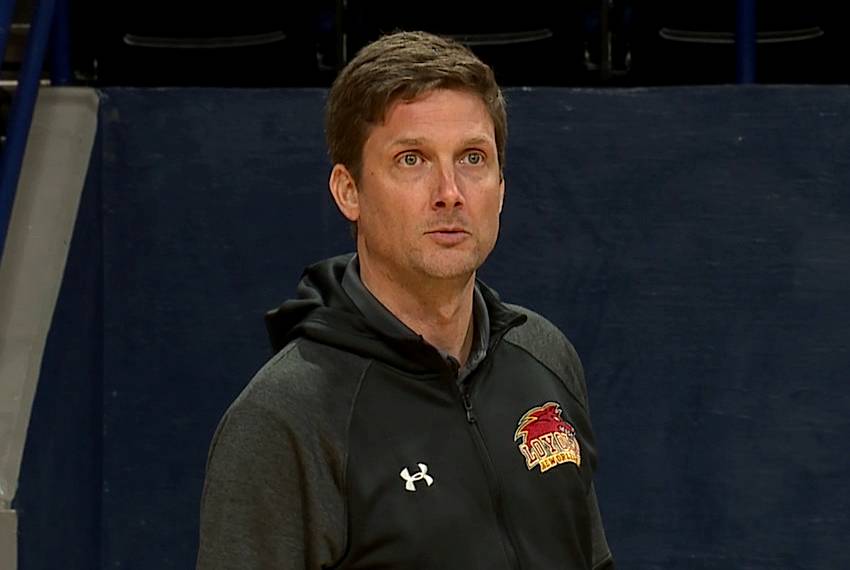 NEW ORLEANS – Stacy Hollowell, the coach that directed Loyola University to the NAIA Men’s Basketball National Championship, has been selected as the Allstate Sugar Bowl’s Collegiate Coach of the Year for Louisiana. The Greater New Orleans Sports Awards Committee, sponsored by the Allstate Sugar Bowl, selects annual award winners in a variety of categories; it also selects Amateur Athletes of the Month and each year’s Hall of Fame class. Overall, 26 individuals and four teams will be honored for their 2021-22 achievements at the Greater New Orleans Sports Hall of Fame Awards Banquet on July 30. Honorees are currently being announced over a month-long period, wrapping up with the Corbett Awards for the top male and female amateur athletes in the state on July 25 and 26.

Loyola capped its 37-1 season by winning its first NAIA Men’s Basketball National Championship in 77 years. After winning the regular season and tournament titles in the Southern States Athletic Conference (SSAC), the Wolf Pack earned the No. 1 seed in the national tournament and justified that by cruising to six tournament wins (by an average of 20 points per game) – the championship victory was a dominant 71-56 decision over No. 2 Talladega. The 37 victories easily surpassed Loyola’s previous program record of 25 wins. Despite the impressive overall record, the team didn’t have an easy go of it during the season. It all started when Hurricane Ida ripped off a section of the school’s sports complex roof and damaged the team’s home court. The team spent the preseason practicing in Dallas before playing all of its early-season home games at Tulane’s Devlin Fieldhouse until a temporary floor was put in place to accommodate the rest of the regular season. On top of that, the program dealt with COVID-19 postponements, a tornado scare while on the road at Stillman College and food poisoning-like symptoms while in Kansas City. Hollowell was also selected as the SSAC Coach of the Year.

“It’s an honor to be recognized as the Louisiana College Coach of the Year,” said Hollowell. “This season our gym floor was damaged during Hurricane Ida. With our season in question, we had a group of guys that refused to give up on what they believed we could accomplish. What they achieved together is remarkable and will bond them together for the rest of their lives.”

The other finalists for Outstanding Collegiate Coach for the State of Louisiana were Glenn Caston (Xavier of Louisiana Competitive Cheer), Kim Mulkey (LSU Women’s Basketball) and Billy Napier (Louisiana Football). Caston directed Xavier to its first NAIA national team championship in any sport as his competitive cheer team scored a meet-record 93.70 points out of 100 in the sixth year of NAIA nationals. The team finished the season 33-0, Xavier’s first unbeaten team since men’s basketball’s 29-0 season in 1940-41. Mulkey was named the AP National Coach of the Year following her first season as LSU’s head women’s basketball coach. She took over a program that was 9-13 in 2020-21 and guided it to a 26-6 record, the No. 2 slot in the SEC and the No. 9 ranking in the final AP Poll. Napier, the Sun Belt Coach of the Year, guided the Ragin’ Cajuns to their first outright Sun Belt Conference Championship as they defeated App State 24-16 in the league’s title game before a program record 31,014 fans. With the win, the Cajuns secured their 12th-straight victory, extending their record streak and bagging the most wins in a single-season in program history.