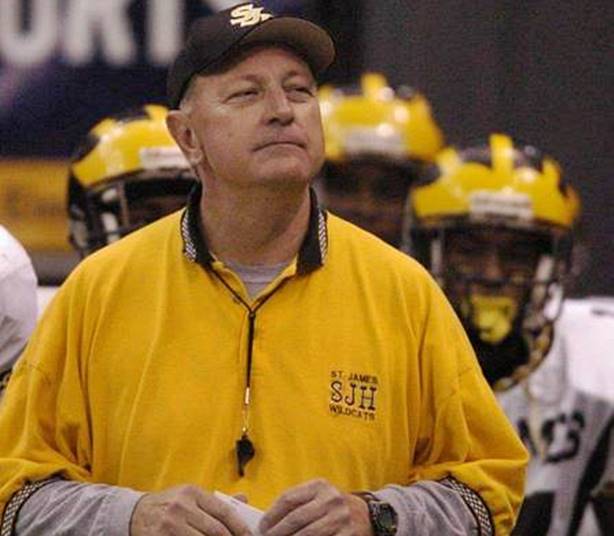 Gaille led the Wildcats to three state championship game appearances with his Wildcats reaching the playoffs 17 times in 19 seasons before joining Ken Trahan’s Original Prep Football Report and The Three Tailgaters Show as an analyst. Gaille also served as the co-host of Prep Recruiting Insider on WHNO-TV.

Geason went on to play at Tulane after a brilliant stint at St. James. Geason then played part of three seasons in the NFL with the Pittsburgh Steelers and Buffalo Bills.

In addition, Donovan Kliebert will be inducted into the St. James Hall of Distinction. Kliebert attended St. James in the 1970’s and graduated in 1978.

“Rick was that father figure for us,” Kliebert said. “As a player for him and as a coach for him, he always demanded your very best. There was always a sense of urgency. Everything had to have a reason. When I coached defense, I had to explain why I wanted to make some changes. He was so methodical, so well thought out.”

Kliebert was in elementary school when Geason played for St. James.

“Cory was older than I was and he was on Rick’s first team in 1992,” Kliebert said. “What I remember about him is that his name was called all the time on offense and on defense, kicking extra points or running in a two-point conversion. He touched all three phases of the game. He was a man among boys.”

The slogan and familiar initials THDE, which Gaille started at St. James, is alive and well.

“It is our school motto now,” Kliebert said.