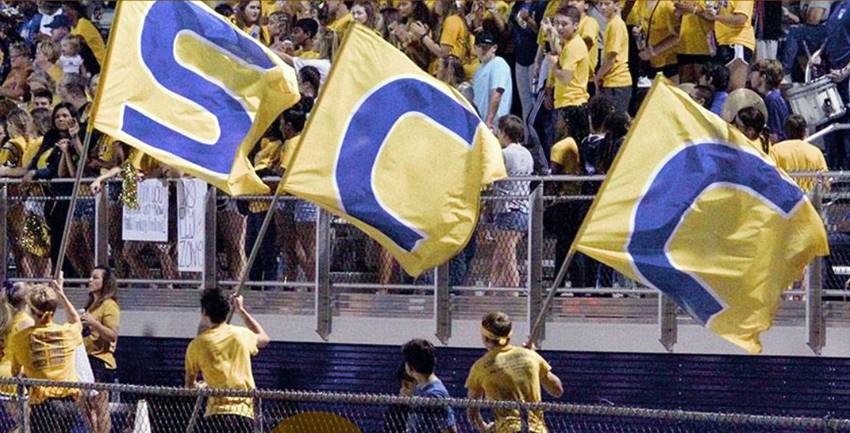 The encore will clearly be tough to match the original performance by St. Charles Catholic.

Faced with a community devastated by Hurricane Ida and many homes of players and coaches in a state of disrepair, the Comets dismissed the distractions and dissed the experts, in the process, by winning the Division III state championship, going unbeaten and shocking four-time defending state champion and heavily favored Lafayette Christian in the championship game.

It was a masterful performance by a terrific, resilient group of young men and coaches under the most adverse of circumstances.

Now, the follow-up is set to occur.

Can the Comets repeat?

That occurred in Stein’s first year on the job in football, succeeding legendary Frank Monica.

Repeating as champion is never easy in any sport, on any level. The Comets handled the adversity outside the lines in phenomenal fashion last season.

“We’re trying to put it all in the rear-view mirror,” Stein said. “I felt one of the most under-performing teams we’ve had here was in 2012, the year after we won a state title. That is the challenge. We’ve really upgraded the schedule. We are not going unbeaten. It will be interesting to see how we handle adversity inside the lines.”

In fact, St. Charles Catholic must replace 17 of 22 starters, a very tall task.

“We return about 12 guys who played significant roles last season,” Stein said. “We return some key guys on offense.”

“Having our quarterback returning is important,” Stein said.

“Running back will be our strength,” Stein said. “We really like Sturgis and Scott.”

Brandon Kragle, a two-sport star, is back as the starting tight end.

The wide receivers include Daniel Joseph and Dane Galiano.

The offensive line will be a rebuilding effort with all five starters being new. They include Kason Gilbert, Matthew Lang, Caleb Houston, Dillon Duley and Aiden Ocmond.

“The two biggest question marks are offensive line and the secondary,” Stein said. “Only one lineman got any meaningful snaps last year.”

Senior Michael Hotard and junior Kyle Cannon (6-1, 200) anchors the second level at linebacker. Hotard had 28 tackles, including 2.5 sacks and intercepted three passes in 2021. Hotard was the star pitcher for the St. Charles Catholic state baseball championship team as well.

Cannon was the Most Outstanding Player in the state championship game last season, recovering a blocked punt for the game-winning touchdown. Cannon had 11 tackles, including nine solo and three for loss with an interception in the 32-27 win over Lafayette Christian.

“Kyle really stepped up for us late last season,” Stein said. “We are expecting big things from him. He is up to the challenge to be a guy like Mandel Eugene or Kaiden Jones. Hotard is very experienced and solid.”

The third linebacker is Andrew Bosco.

In the secondary, senior Kaden Foster (5-10, 160), another who played baseball for the Comets, returns after recording 35.5 tackles with two interceptions and a fumble recovery last season. He is joined at cornerback by junior Kayden Cambre (5-8, 144).

“Foster is injured right now so we need others to step up,” Stein said. “It is a spot which is a concern.”

Senior free safety Ian Arnett (5-8, 130) also returns and he is joined by strong safety Brayden Bertucci. Both are two-sport stars, including baseball.

Hotard will handle kicking duties while Bertucci is the punter.

The schedule opens with an intriguing matchup against Archbishop Shaw at Dupuy Stadium in a game that you will be able to watch live and via replay at CrescentCitySports.com.

Another tough home game follows with Lutcher before a challenging road game at Teurlings Catholic.

Another very tough home game follows against talented De La Salle before the Comets travel to Vandebilt Catholic and Abbeville. The final non-district game is at home against St. Martinville.

“When you have tiny district, it’s hard to schedule,” Stein said. “It is not easy, especially coming off a championship. I think it will be a great schedule for the fans. We have to play higher classification teams. There will be wear and tear against a host of 4A teams. We believe in putting our kids in tough situations.”

District 10-2A play opens on October 21 at home against M.L. King Charter. The final two district games are at Country Day and at Newman in a showdown likely to determine a district title.

“It is a very tough challenge,” Stein said. “I believe we are a top eight team in our division. “Newman returns a lot of players. They are more than just Arch Manning. Will Randle is superb. Nelson Stewart does a great job. Country Day is making the jump up and has a new coach. M.L. King is extremely talented.”

While there are many very talented players to replace, St. Charles Catholic is always good and will be again in 2022. The question is whether the Comets can challenge to repeat as state champion.

With Stein and the track record, do not sell the Comets short.

“We have 110 kids playing football, the most ever,” Stein said. “We have to find those 30-35 who can get it done on Friday nights. The standard of St. Charles Catholic football is consistent effort and excellence,” Stein said. “That is the message and the goal annually.”