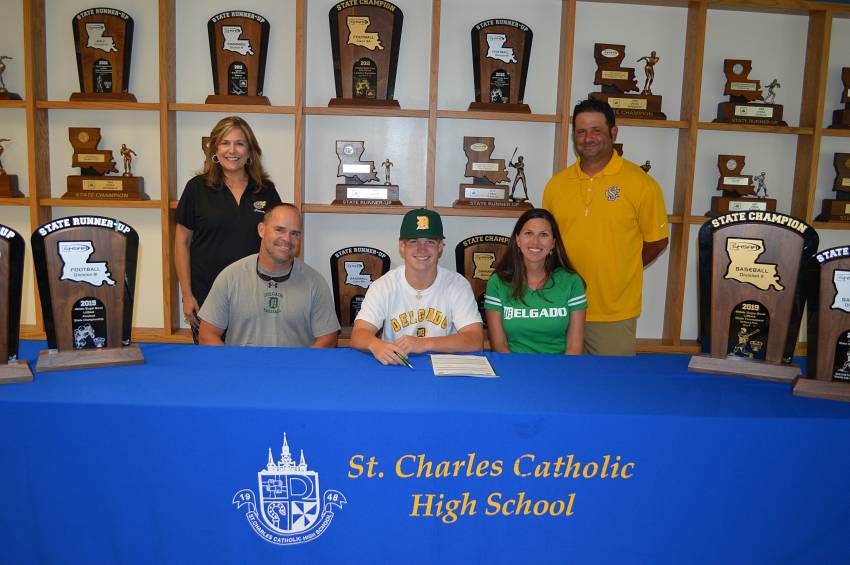 Pregeant (5-8, 175) was outstanding for the Comets this past season, batting .437 (45-for-103) with 12 doubles, three triples, 18 RBI, 58 stolen bases (in 60 attempts) and 47 runs scored. Pregeant had an impressive .560 on-base percentage and was the district 11-2A Most Valuable Player, leading the Comets to the Division III state championship game.

“What I love about Cade is he is a two-sport guy,” St. Charles baseball and football coach Wayne Stein said. “Now that baseball is it, the sky’s the limit for him to continue to improve. I think he’s far from tapped out. He made 17 in the middle of the football season so he is very young. He’s continuing to grow and mature physically. For us, he was the ultimate competitor. He was the alpha male on campus.”

Pregeant made everyone around him better.

Pregeant defines the description of a complete player.

“Cade Pregeant is a baseball player,” Stein said. “He can run, hit for average, hit for little power and he even pitched for us injured to try to get us a state championship. He played defensive back and he brings a football toughness to the game. His best baseball is ahead of him. He’s a winner. He’s the ultimate St. Charles Catholic Comet.”