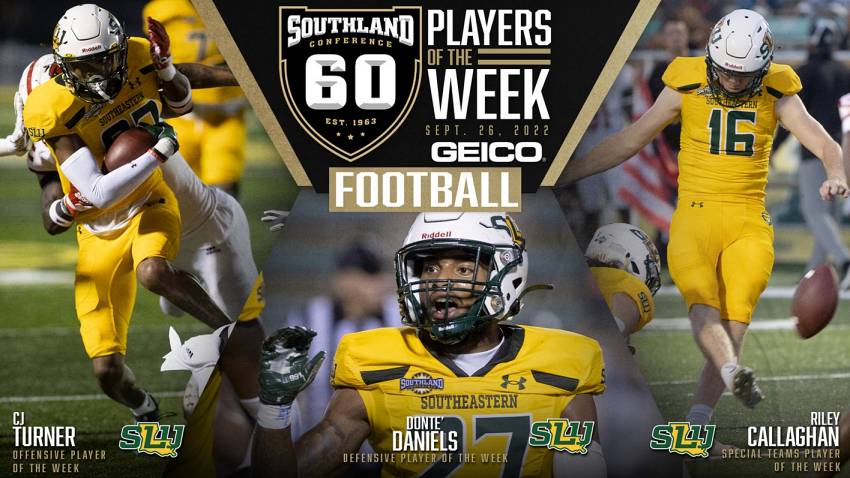 FRISCO, Texas – After earning a stunning victory on the last play of the game, the Southeastern Lions have swept the Southland Conference’s football weekly awards for the fourth week of the season Monday.

Turner hauled in a 59-yard touchdown pass as time expired in Southeastern’s 41-35 win over No. 4/7 UIW in Saturday’s Southland Conference opener – marking the program’s highest-ranked opponent it has defeated since 2013. His grab culminated a five-catch, 139-yard, two-touchdown showing for the Lion senior. He tied the school record with his 10th 100-yard receiving game of his career and moved in a tie for third place in program history with 22 career receiving touchdowns.

Daniels finished with 11 tackles, including a tackle for loss, in Saturday’s 41-35 win over No. 4/7 UIW – the highest-ranked opponent SLU has defeated since 2013. Eight of his tackles were solo stops and he also had a solo tackle for loss.

Callaghan accounted for nine points in his collegiate debut as the Lions took down UIW. He was 3-for-3 on PAT attempts and made field goals of 29 and 23 yards.