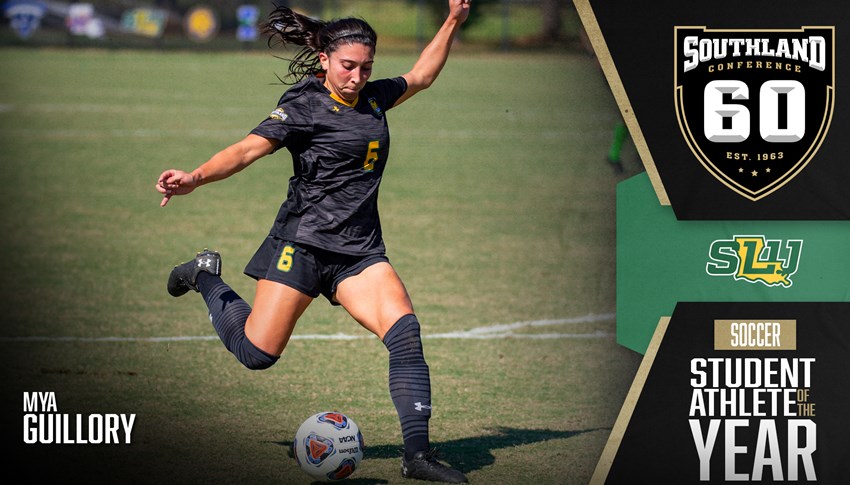 FRISCO, Texas – Southeastern Louisiana University’s Mya Guillory is the Southland Conference Soccer Student-Athlete of the Year, the league announced Friday in conjunction with the All-Academic First and Second Teams.

Earning her third nod to the all-academic first team, Guillory boasts a 3.70 GPA in health sciences. The senior was named first team all-conference this season for her third all-conference award, scoring six goals and passing out five assists in her final campaign.

Southland Conference All-Academic Teams are voted upon by the head coach, sports information director and an academic/compliance staff member from each school. Student-Athletes of the Year are voted upon by an awards committee which consists of one administrator from each member school. Voting for one’s own athletes is not permitted.

To be eligible for all-academic distinction, an athlete must hold a minimum 3.00 cumulative grade point average through the semester prior to the sport’s championship, completed at least one full academic year at the nominating school prior to the current season, and participated in at least 50 percent of the team’s competitions during the most recently completed season. Student-Athlete of the Year nominees must have held at least a 3.20 GPA and have completed at least two years of athletic competition at the nominating school, including the current season.