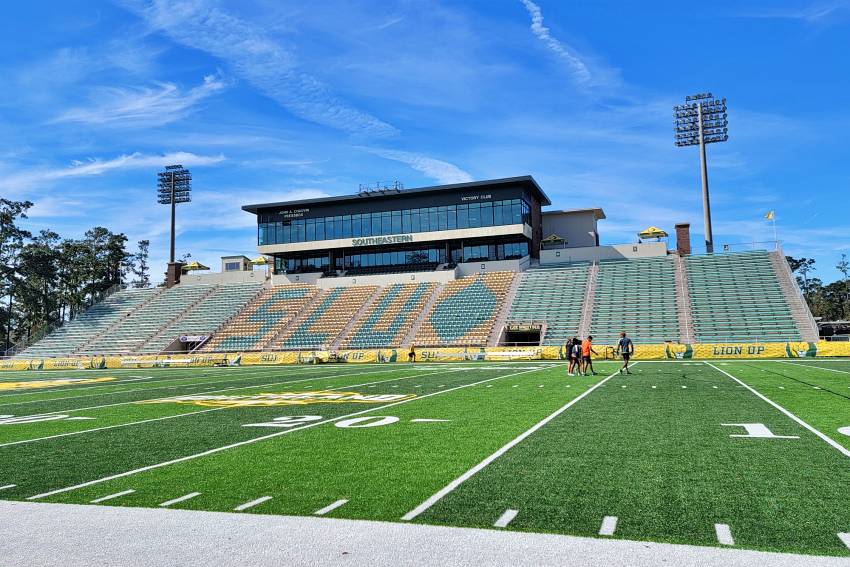 Southeastern will be trying to bounce back from a 42-9 loss at FAU. In its second straight game versus a FBS opponent to start the season, SLU was outgained, 631-246.

Anthony Britton Jr. led the Lions with 12 tackles in Saturday’s loss, while Herman Christophe and Garrett Crawford both intercepted passes.

Britton Jr. leads the Southeastern defense with 18 tackles, followed by Christophe (17) and Jack Henderson (13). Henderson paces the Lions with two tackles for loss.

Austin Dunlap has been the standout on special teams in the early going of the 2022 season. Dunlap is second nationally with a 47.1 punting average.

Central Connecticut State comes to Hammond looking for its first win of 2022. The Blue Devils opened the season with a 28-3 loss at UConn, then dropped a 14-10 decision to Sacred Heart in their conference opener.

Romelo Williams has led the CCSU offense, completing 31-of-54 passes for 272 yards and three interceptions. Kyren Petteway (eight catches, 72 yards) has been Williams’ top target, while Nasir Smith leads the team with 113 yards and a touchdown on 30 carries.

Saturday will close out a home-and-home between Southeastern and Central Connecticut State. Last season in New Britain, SLU picked up a 56-10 victory over the Blue Devils.

Following this week’s action, the Lions will host UIW next Saturday at 6 p.m. to open Southland Conference play. The game will be televised on ESPN+ and can be heard on the Southeastern Sports Radio Network (Kajun 107.1 FM, The Highway 104.7 FM, The Boss 103.7 FM/1400 AM).