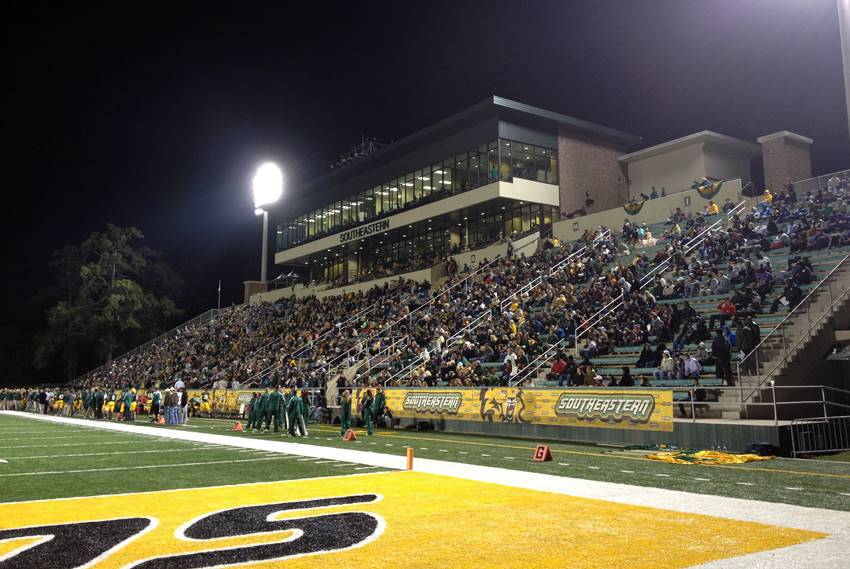 HAMMOND, La. – The Southeastern Louisiana football team announced its 2021 schedule for this upcoming fall on Monday.

The Lions road back to the FCS Playoffs will start at home, as SLU hosts North Alabama on Sept. 4 in Strawberry Stadium. UNA did not play this spring, but were 0-4 in four fall 2020 contests. Southeastern will be playing the Lions from Florence, Alabama for the 13th time in school history as part of the first half of a home-and-home between the two schools. SLU leads the all-time series, 9-1-2.

SLU opens its road slate versus its lone FBS opponent, Louisiana Tech, on Sept. 11. The Bulldogs were 5-5 last fall and participated in the New Orleans Bowl. The meeting will be the 38th between the in-state rivals and the first between the two schools since 2008 – a 41-26 LTU victory in Ruston.

Southeastern will close non-conference play on Sept. 18, heading up the East Coast to face FBS foe Central Connecticut State on Sept. 18 in New Britain, Connecticut. The Blue Devils opted out of playing this spring and will be back on the gridiron for the first time since a 2019 season that saw them win the Northeast Conference, advance to the FCS playoffs and finish with an 11-2 record. The meeting will be the first between the two teams and the start of a home-and-home, as CCSU will return the trip in 2022.

With the Southland Conference down to six football playing schools for the 2021 season, each team will play three league opponents twice with SLU drawing in-state foes Northwestern State, McNeese and Nicholls twice.

SLU will open its league schedule on Sept. 25, hosting Northwestern State for the Hall of Fame game. Other Southland home contests for the Lions include visits from Houston Baptist (Oct. 16 – Homecoming), McNeese (Oct. 30) and Nicholls (Nov. 18).

The Lions finished the 2020-21 season with a 4-3 record this spring and were one of the last four teams out of the 16-team playoff field after finishing second in the Southland Conference.