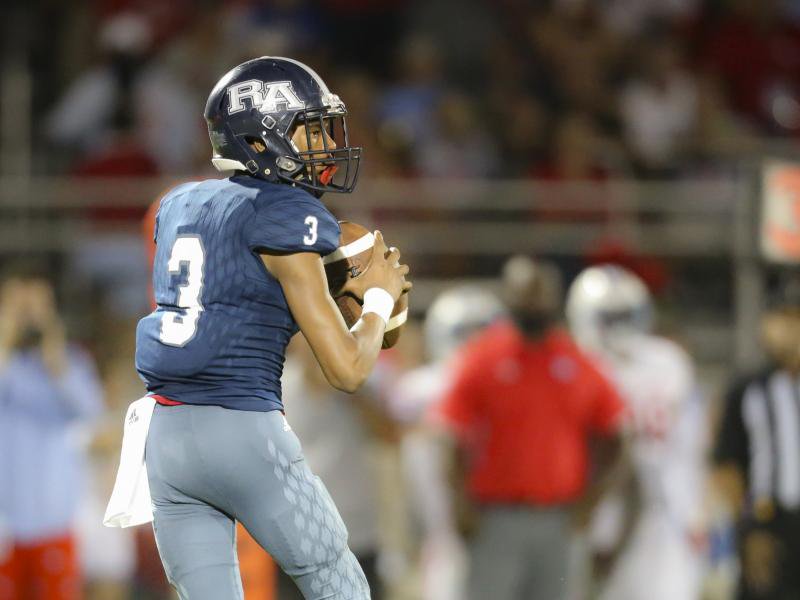 Larvadain, who prepped at Riverside Academy, is the 10th addition for the fall 2021 season for the Lion football program. A quarterback, wide receiver and defensive back for the Rebels, the 5-10, 160-pound playmaker is expected to be a wide receiver for the Lions and enhance SLU’s return game.

“He’s a dynamic athlete, who can help us in a multitude of areas,” Scelfo said. “He was the leader of a very successful team. The type of person he is off the field, combined with his skills on the field, make him a perfect fit for our program.”

On the gridiron, he accounted for over 2,400 total yards and 33 touchdowns. His production resulted in him being named the Player of the Year in the New Orleans metro area by Friday Night Football, CrescentCitySports.com and NASH 106.1 FM.

Following the football season, Larvadain is expected to walk on for the Southeastern men’s basketball team. A first team Class 1A All-State performer on the hardwood, Larvadain averaged 27 points, eight rebounds and seven assists on the way to helping his team to the Division IV state semifinals. SLU head men’s basketball coach David Kiefer has had his eye on the explosive point guard for quite some time.

“Gage came to our team camp as an eighth grader and stood out for his ability to score and his quickness,” Kiefer commented. “Those skills have just been enhanced as he’s matured playing for a very good program under (Riverside head coach) Tim Byrd. The same qualities that make him a good football player translate to basketball. Gage has a high basketball IQ and makes the players around him better.”

The Lion football team will open the season in early September with the 2021-22 men’s basketball season tipping off in early November.

Gage Larvadain signed to play football and basketball today at Southeastern Louisiana University! He is the first Riverside Academy graduate to sign to play multiple sports in Division 1 for college. Congratulations and we wish you the best of luck Gage! @g1baller pic.twitter.com/uvZN2iVpG7