Southeast Louisiana prep products who are excelling in 2022 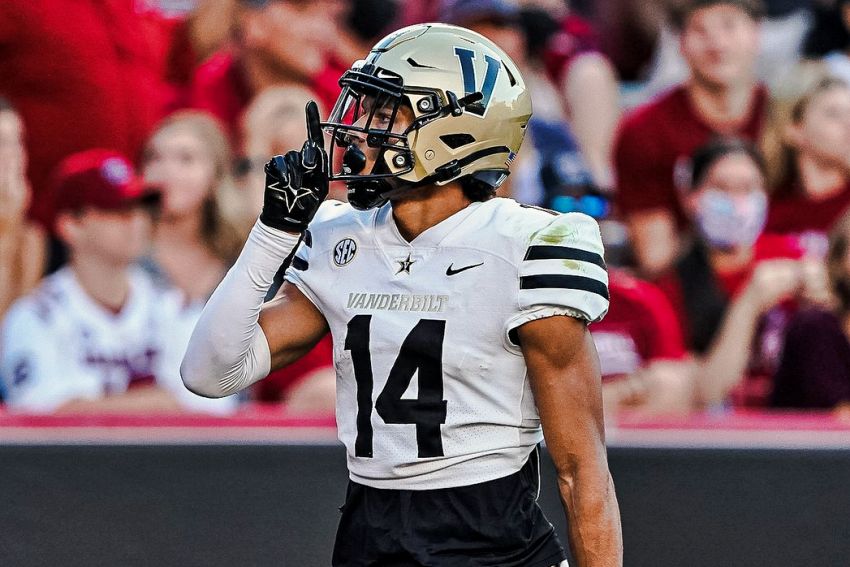 The Greater Metro New Orleans area produces a plethora of football talent each season. Many of the players remain in state to play for college programs in Louisiana, but others are dispersed around the country, deciding to extend beyond state lines for their collegiate careers and displaying to the rest of the college football world just how much talent there is in the Pelican state.

Here is a sampling of some talented young men who have enjoyed great success this season.

-WR Will Sheppard helped Vanderbilt end a 26-game losing streak in SEC play last weekend with a 24-21 upset of Kentucky. Commodores QB Mike Wright completed an eight-yard pass to Sheppard with 32 ticks remaining to win it. The 6-foot-3, 200-pound junior is the leading receiver for Vanderbilt this season and ranked third in the SEC with 52 grabs for 708 yards and nine touchdowns. His father Willie was a defensive back at Louisiana Tech 1999-2001.

-PK Joseph Bulovas, now a senior, began his career at Alabama but transferred to Vanderbilt. The product of Mandeville High is 31-of-31 in XP’s this season and 6-of-10 on field goals with a long of 40 yards.

-RB Montrell Johnson is the leading ground gainer for the Florida Gators this year. The sophomore, a De La Salle alum, has 710 yards on a 6.1 yard average per tote with nine touchdowns. Johnson had a stellar performance this past weekend against South Carolina with 24 carries for 161 yards and a score. In another recent victory, he had 100 yards on 22 carries and a touchdown against Texas A&M. A transfer from UL-Lafayette, Johnson racked up 838 yards with 12 TD’s for the Ragin Cajuns as a true freshman in 2021 before following Billy Napier to Gainesville.

-RB Logan Diggs is the second leading rusher for Notre Dame. A sophomore, Diggs has 125 carries for 576 yards and one touchdown, along with four catches for 70 yards and a touchdown for the Fighting Irish.

-LB Tyler Grubbs was a tackling machine at Holy Cross with over 400 stops in his prep career. The 6-1, 223 pounder had 96 tackles in 2020 and 97 in ’21 at Tech. Grubbs was on course for another spectacular season this fall. He had 15 stops against Clemson on Sept. 17 but suffered an injury Oct. 8 and hasn’t played since. He had tallied 48 tackles, 4.5 tackles for loss and a half of a sack in five games.

-FS Quindell Johnson prepped at Edna Karr where he helped the Cougars win a pair of state titles in 2016 and 2017. The 6-0, 205 senior at Memphis had 104 tackles in 2021. He is the Tigers second leading tackler this year with 65 stops including 2.5 tackles for loss. His season high 13 tackles came against Tulane.

-WR Keytoan Thompson was the Louisiana Gatorade Player of the Year in 2016 as Landry-Walker’s do-it-all quarterback, passing for 3,825 yards with 46 TD’s, while running for 1,434 yards and 26 more scores. He began his college career at Mississippi State as a QB before transferring to Virginia. The 6-5, 216-pound senior is the leading receiver for the Cavaliers with 53 catches for 579 yards. In 2021 at UVA, he totaled 78 catches for 990 yards and two TD’s.

-OC Sedrick Van Pran (6-4, 310) is considered among the elite centers in college football. The redshirt sophomore plays for the No. 1 ranked Georgia Bulldogs. The top center prospect in the 2020 class was the third best prospect in Louisiana while at Warren Easton. Van Pran is on the Rimington Award Watch list. If he were to enter the ’23 NFL Draft, projections have Van Pran as a late first or early second day pick.

DE Barryn Sorrell (6-4, 258), a sophomore for the Texas Longhorns, has 34 tackles on the season with 8 tackles for loss, tying him for the team lead, plus a team-high 5.5 sacks. This past weekend, the Holy Cross alum had 11 tackles and 1.5 sacks vs. TCU. He was All-State and All-District in 2020 at Holy Cross, playing defensive end, defensive tackle and tight end. He also earned a 4.6 GPA.

LB Aaron Brule’ was the 12th best prospect in Louisiana in 2018 while at Archbishop Rummel. Brule’ spent four seasons at Mississippi State (played in 38 games) totaling 141 tackles. Brule’ transferred to Michigan State this season where he has 23 tackles, 5.0 tackles for loss and 3.0 sacks for the Spartans.

-CB Chester Kimbrough (6-0, 180) originally signed at Florida where he played in 17 games for the Gators. The former All State standout at Warren Easton helped the Eagles reach the state semifinals in 2015, ’16 and ’17. He was the No. 2 cornerback prospect in the state in 2019. Kimbrough transferred to Michigan State in 2021 and chipped in with 40 tackles and an interception. This season, he has 19 tackles, 2 tackles for loss and a pair of sacks.

-QB Lindsey Scott, Jr. hails from Zachary where he was the 2014 Louisiana Gatorade Player of the Year. Since then, he has experienced as arduous seven-year journey. Scott began his college football career at LSU before opting for East Mississippi Community College. Next, he went to Missouri, then transferred to Nicholls State. Scott is finishing his career this season at Incarnate Word. In his final two season at Nicholls, he had 34 touchdowns with 18 interceptions. Now, Scott has the Cardinals at a 9-1 record and ranked No. 7 in the FCS national polls. He is also the second ranked passer in the FCS this season with 3,409 passing yards and 45 touchdowns against just four interceptions. Scott is undersized at 5-11 and 212 pounds but the NFL scouts are paying attention.