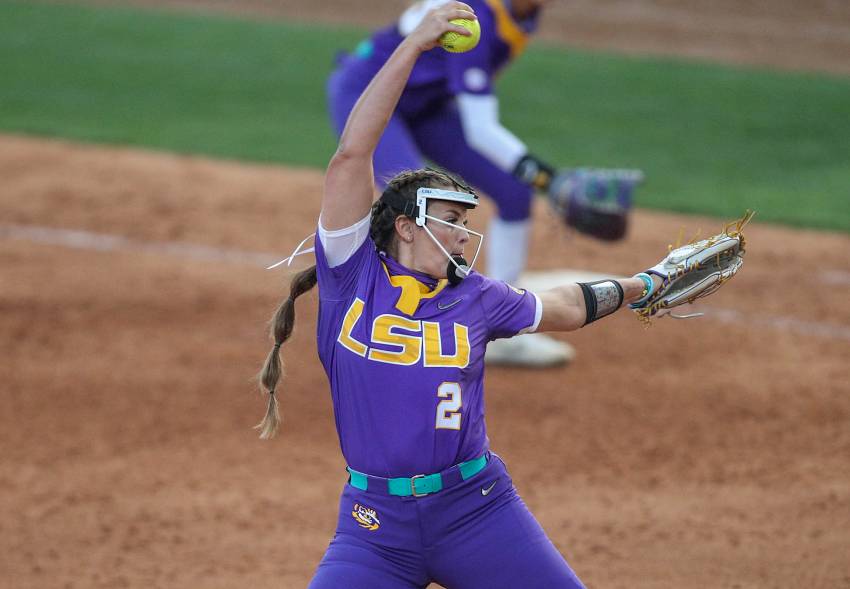 Georgia Clark paced the team with a hit in both games including a home run, and Shelbi Sunseri got it done on both sides of the field as she tossed a complete game shutout in game on and hit her first dinger of the season in game two.

Clark recorded the Tigers’ first home run of the season with a two-run shot in the bottom of first. It was Clark’s 15th career homer and 16th career multiple RBI game. An inning later, Danieca Coffey got things started with a leadoff single and after South Alabama got one out, they walked three consecutive batters with Ciara Briggs earning the RBI by bringing Coffey home.

Sunseri (1-0) picked up first win of the season in the circle thanks to a two-hit, complete game shutout. Sunseri fanned five batters and walked one. It was Sunseri’s 27th career complete game and ninth career shutout.

After a pair of scoreless innings for both teams, Presleigh Pilon reached on a fielding error. Ciara Briggs’ RBI single brought Pilon home and a batter later, Sunseri went yard to left field for the second two-RBI home run of the day, giving LSU a 3-0 lead.

Illinois answered with one run in the top of the fourth and sixth innings, but the Tigers scored an insurance run in the bottom of the sixth thanks to pinch runner KK Madrey.

Ali Kilponen (1-0) secured her first win of the season with a complete game as she struck out four batters.

LSU will return to the field tomorrow with another 3 p.m. CT game against South Alabama and close the day with a 5:30 p.m. CT first pitch versus Central Arkansas.

For the latest news and information on Tiger softball, visit www.lsusports.net/softball. Fans can also follow the team on its social media outlets at www.facebook.com/lsusoftball and @lsusoftball on Instagram and Twitter.