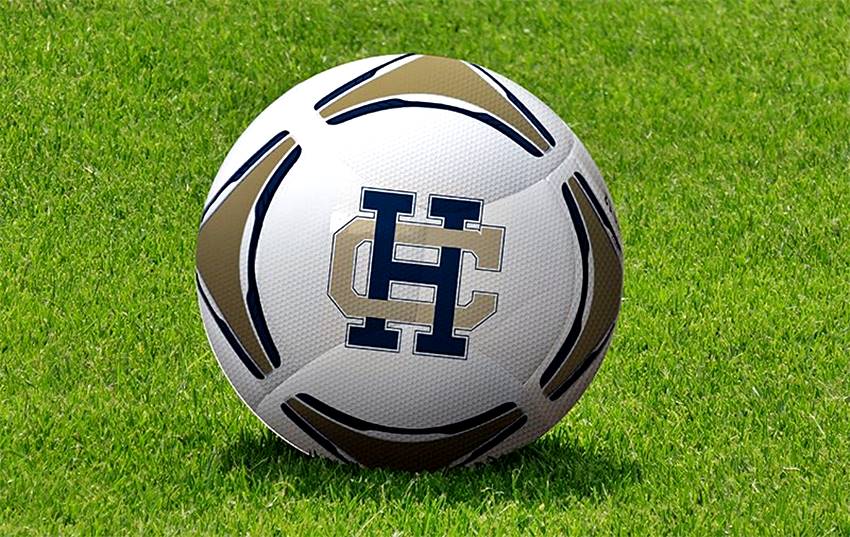 On a Friday featuring the LHSAA Division II soccer championship games at Strawberry Stadium in Hammond, all eyes were on a pair of three-time defending champions.

Head coach Matt Millet’s top-seeded Holy Cross squad had another group of Tigers, No. 3 Benton, standing in the way of the four-peat in the nightcap.

If you asked most of the coaches in the state, they would tell you that East Jefferson had already solidified another Holy Cross state title by eliminating St. Thomas More in the quarterfinals. Benton hosted 10th-seeded EJ and rolled to a 4-1 semifinal win.

Benton, a strong and battle tested No. 3 seed, put up a fight but the class and experience of Holy Cross was too much to handle in a 3-0 win.

The TIgers really showed from the start that they were the top team for a reason, keeping the ball away from Benton for the entire game.

Holy Cross broke the ice in the first half after Benton failed to fully clear a ball, leaving Tyler Robichaux all alone on top of the area for the first goal seven minutes into the game.

The second goal came after Benton’s foul on Ryan Jeanfreau which led to a penalty kick conversion by Carlos Castellanos.

With chances in the final third almost non-existent, Benton had a real chance to score 20 minutes into the second half but the moment turned into the final blow against them. Holy Cross was able to clear the danger and start a counter attack to Jeanfreau who sent it to a racing Sinjin Mills for the icing on the cake.

Holy Cross gave their future team the last 20 minutes of the game and the reserves looked magnificent, showing that Holy Cross is here to stay as a major power in Louisiana soccer.

Benton head boys soccer coach Bryan George can take pride in the program he has built in recent years including their first finals appearance.

However, the division belongs to the Tigers from Gentilly until someone finds a way to take it out of their firm clutches.

The same is very true about St. Thomas More on the girls side of Division II.

In the girls title match, the top-seeded Cougars and No. 2 Lakeshore were expected by many to collide for the Division II championship at the end of the year.

St. Thomas More beat Lakeshore, 2-0, in the 2019 final. The last time another school other than STM won the Division II title was in 2017 when Lakeshore edged the Cougars on penalty kicks after a scoreless match.

The teams knew each other well, and there were going to be few surprises…or so they thought.

No one knew that St. Thomas More’s starting goalie Avery Wright would not be in the lineup due to fracturing her finger earlier that week.

The Cougars had not allowed a regulation goal in any playoff game during their run to four straight finals and in 18 straight postseason matches overall but allowed two of them tonight. It didn’t stop them or their amazing postseason winning streak.

Instead of panicking down 2-1 in the second half, three-time defending champion St. Thomas More roared back for a 4-2 victory.

For the next 10 minutes, STM (21-5-4) was dominant in possession as they were in the first half. With six minutes left, Babineaux pounced on a loose ball in the box and scored the eventual game-winner. Her second goal also secured game MVP honors.

The Cougars scored another goal courtesy of Kate O’Neal in stoppage time to seal the deal.

St. Thomas More head coach Daniel Underwood said that they “tried to keep it a secret” that his top keeper was unavailable. Sophomore Nykell Smith started in place of Wright.

Perhaps, that was the reason why the Cougars played so aggressively from the start, possessing the ball around 80 percent of the first half and taking shot after shot. The attacks did not land a goal.

Here’s how funny soccer is. You can be in control of the game and still be on the short end of the stick.

Lakeshore’s Julia Chapoton put a ball into the center of the penalty box to set up standout Megan Gettys to put it into the net for the first goal 30 minutes into the match.

In the second half, Lakeshore (19-5-1) had the wind but the second half showed that the wind was really not a factor. One minute after the restart, St. Thomas More’s Latiolas was able to shoot a loose ball for the tying goal.

Under 10 minutes later, Gettys received a pass at midfield and outran the Cougar defense before beating the keeper to give the Titans another lead but her brace was not enough to overcome the squad of destiny from Lafayette.