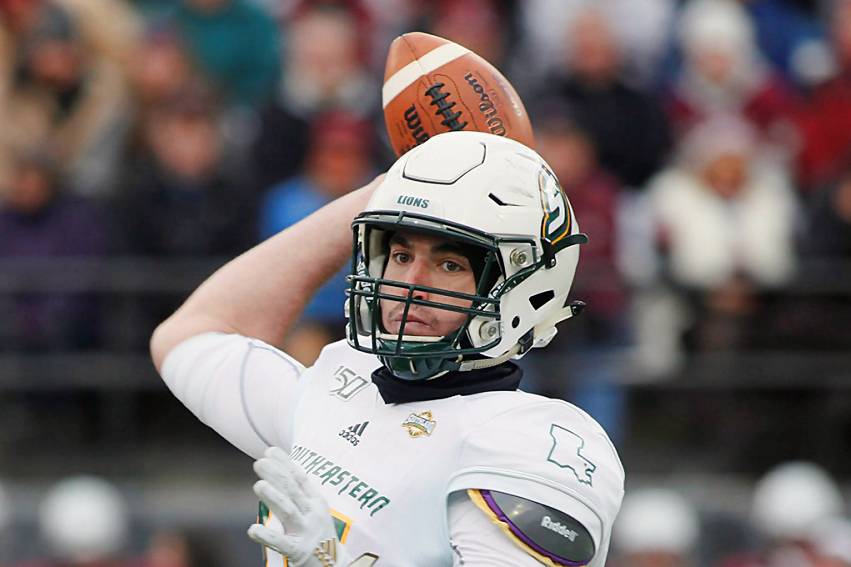 HAMMOND, La. – Three former members of the Southeastern Louisiana University football program will have an opportunity to continue their careers in the National Football League following the conclusion of the 2022 NFL Draft.

Kelley, the 2020 Walter Payton Award winner and 2021 Southland Conference Player of the Year, finished his three years in Hammond as the FCS career leader in completion percentage, as well as the program’s all-time leader in passing yards, passing touchdowns, total offense and rushing touchdowns.

The 2021 consensus All-American was an NFL Scouting Combine invitee, won the NFLPA Collegiate Bowl Offensive MVP and participated in the Hula Bowl.

Givan was an impact performer for SLU in his lone season with the program, earning first team All-Southland Conference and Louisiana Newcomer of the Year honors. The Berkley, Michigan native hauled in 56 passes for 572 yards and six touchdowns.

Wilson Jr. spent two seasons in the green and gold. The Plano, Texas native caught 21 passes for 398 yards and six touchdowns during his time with the Lions.

Kelley, Givan and Wilson Jr.’s former teammates will report back in the fall on Aug. 4 with the team’s first practice set for Aug. 5. Southeastern, one of six teams to be ranked in the final national FCS polls in each of the past three seasons, will open the 2022 season Sept. 3 at UL Lafayette. The five-game home schedule begins with a Sept. 17 contest versus Central Connecticut State and includes visits from Murray State (Oct. 1), Southland newcomer Texas A&M-Commerce (Oct. 8 – Homecoming), HBU (Nov. 5) and Northwestern State (Nov. 12).