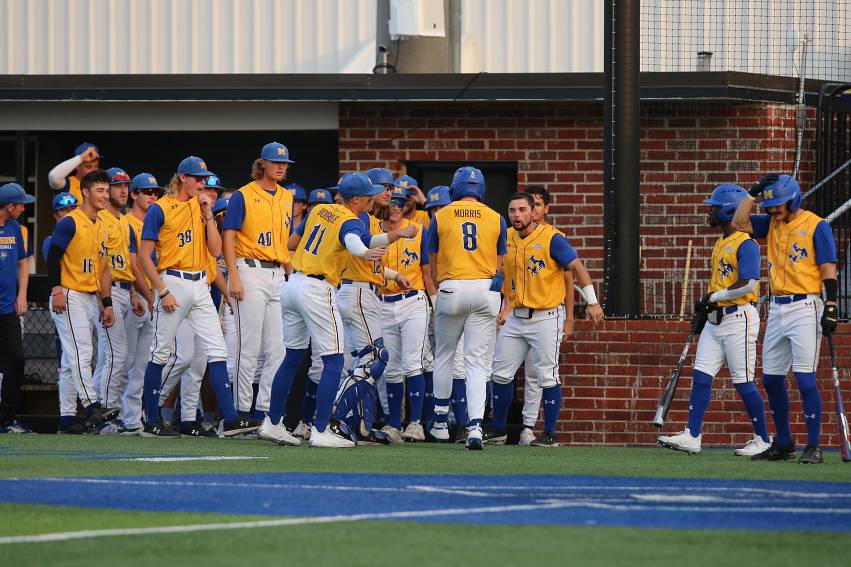 .@LionUpBaseball dropped its first game of the tournament last weekend then rallied back and won 4️⃣ straight, clinching its spot in the Championship Series!

HAMMOND, La. – The No. 2-seeded Southeastern Louisiana University baseball team travels to Lake Charles, Louisiana for a best-of-three championship series against No. 1-seeded McNeese to wrap up the Southland Conference Tournament.

Games are scheduled for 6 p.m. Thursday, 6 p.m. Friday and, if necessary, 6 p.m. Saturday at Joe Miller Ballpark. All games will be broadcast on ESPN+.

Fans in the Hammond area can listen to SLU game broadcasts online at www.LionSports.net/ListenLive and via the Lions Gameday Experience, Mixlr and MyTuner Radio apps. The MyTuner app is compatible with the Apple CarPlay software available in most late model automobiles. Fans should search for SLU Athletics (Mixlr) or Southeastern Sports Radio Network (MyTuner).

SLU has won four straight, tying its longest winning streak of the season. 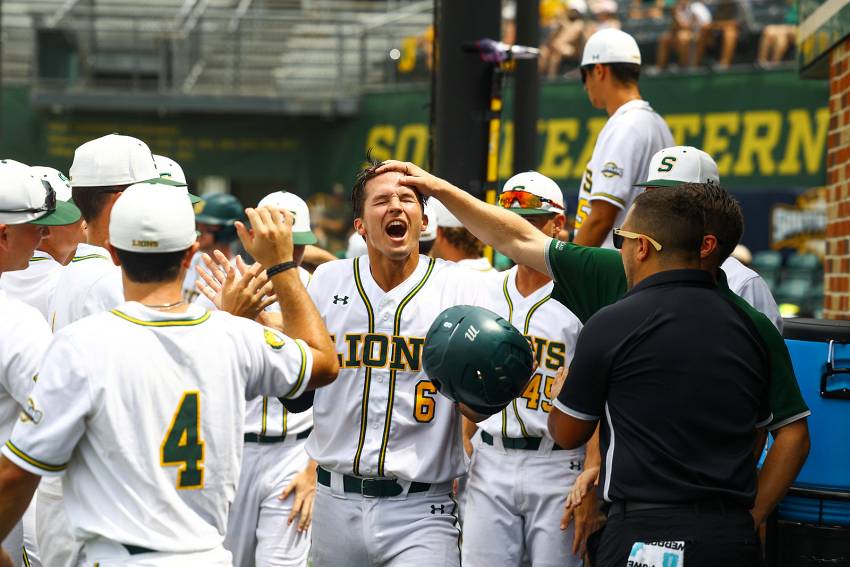 Preston Faulkner (.322) teams with Shea Thomas (.295), Rhett Rosevear (.284) and Evan Keller (.270) to pace Southeastern at the plate. Faulkner leads the squad with 33 extra-base hits, including a Southland-leading 17 home runs to go along with 67 RBIs. The RBI total ranks second in the conference and fourth on the SLU single-season chart. Tyler Finke ranks second in the Southland with 28 stolen bases. Both Rosevear (32) and the Lions (117) lead the nation in HBPs.

Faulkner enters the weekend second on Southeastern’s career home run (37) and RBI (173) lists. He is also fourth (44) in career HBPs and eighth in doubles (43).

Reliever Gage Trahan is tied for fourth in single-season saves (11), one behind McNeese’s Cameron Foster for the conference lead. He joins Chris Franklin (2009), Stefan Lopez (2012), Mason Klotz (2013) and Jared Biddy (2019) as the only Lion pitchers to record double-digit saves in a single season. The total also places him seventh on the program’s career saves list.

McNeese swept through its half of the bracket this last weekend, defeating No. 4-seeded Nicholls once and No. 8-seeded UIW twice.

The Cowboys are led at the plate by Brad Burkel (.371) and Payton Harden (.371), the Southland’s Player of the Year. Julian Gonzales paces the team with 27 extra-base hits and 44 RBIs. Kade Morris leads the team with 10 home runs. Harden (25), Reid Bourque (23) and Gonzales (20) are the team’s top base-stealing threats.

UP NEXT
The winner of the tournament championship series will receive the Southland’s automatic berth to the 2022 NCAA Baseball Tournament. The Division I Baseball Selection Show is scheduled to air at 11 a.m. (CT) Monday on ESPN2.