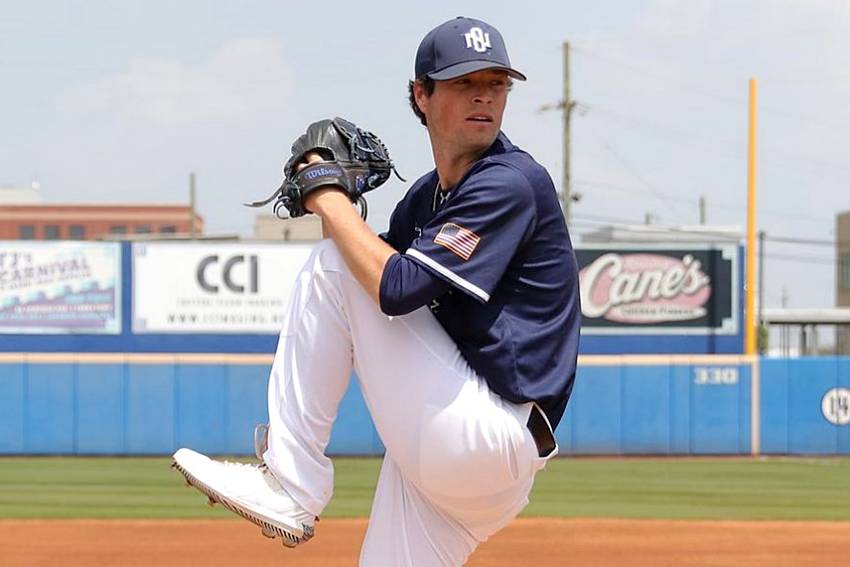 FRISCO, Texas – Six New Orleans Privateers baseball student-athletes earned a spot on the All-Southland Postseason Team, announced by the conference on Monday morning. Also, the Privateers earned a representative on the All-Defensive Team.

DARREN WILLIS
Willis started 51 games this season and was a very productive bat at the bottom of the order. For the season, Willis had seven doubles, three home runs and 19 RBI. One of those home runs was a walkoff in a win against HBU.

The fifth year senior also earned a spot on the All Defensive Team. Part of an automatic middle infield, Willis helped lead the Privateers to 42 double plays turned, most in the conference. He had a fielding percentage of .970 and was in on 28 double plays. He becomes the first representative on the conference’s All-Defensive Team since Samuel Capielano (2017).

PEARCE HOWARD
A stellar season at the plate propelled Pearce Howard to Second Team honors. The junior right fielder was third in the Southland with 51 RBI. He also hit .344 against Southland opponents for the season and had 25 multi-hit games.

Howard became just the second Privateer since 2009 to drive in more than 50 runs in a season. He ended the regular season with a 6-for-7 performance over two games against nationally ranked Oklahoma State.

CHRIS TURPIN
Turpin was a complete game machine on his way to leading the Southland in innings pitched (84.2) and wins (9) during his senior season. On the season, he had six complete games and three shutouts which all came against Southland foes.

Turpin won Southland Pitcher of the Week twice and LSWA Pitcher of the Week once during his regular season campaign. For the season, Turpin had 90 strikeouts to just 13 walks. One of his complete game shutouts was an 87-pitch, nine-inning line against HBU.

KASTEN FURR
Furr won Second Team honors at third base after a tremendous first full season at the plate. He hit .321 for the season and .329 against Southland foes. Furr had 11 doubles, 43 runs scored and led the team in stolen bases (9).

Moved into the leadoff spot at the start of conference play, Furr thrived in that role as the table setter in a potent Privateer lineup. He enters the Southland Tournament this week on an active seven-game hitting streak.

CALEB SEROSKI
Seroski was lights out as the Privateers closer during conference play. He racked up 10 saves, which is tied for the fourth highest total in a single season in program history. He finished second in the regular season in that category among all Southland closers.

Opponents hit just .217 off Seroski who also added four wins to his season total. He recorded 50 strikeouts to just nine walks. Three of his saves this season went at least three innings and that included a four-inning save against Central Arkansas.

SALO IZA
Iza led the team in doubles for the season with 18 of the team’s 101. Iza also drove in 33 runs and was second on the squad in walks drawn with 29. He began the season by collecting a hit in each of his first five games.

The Gold Glove second baseman was not rewarded for a season that statistically was better than in 2019, but Iza finished with a stellar .992 fielding percentage in 248 chances. Iza was one of three Privateers to start all 54 games.

New Orleans will begin their Southland Tournament campaign on Wednesday at 4 p.m. when they face McNeese.

Pitcher of the Year: Will Dion, McNeese