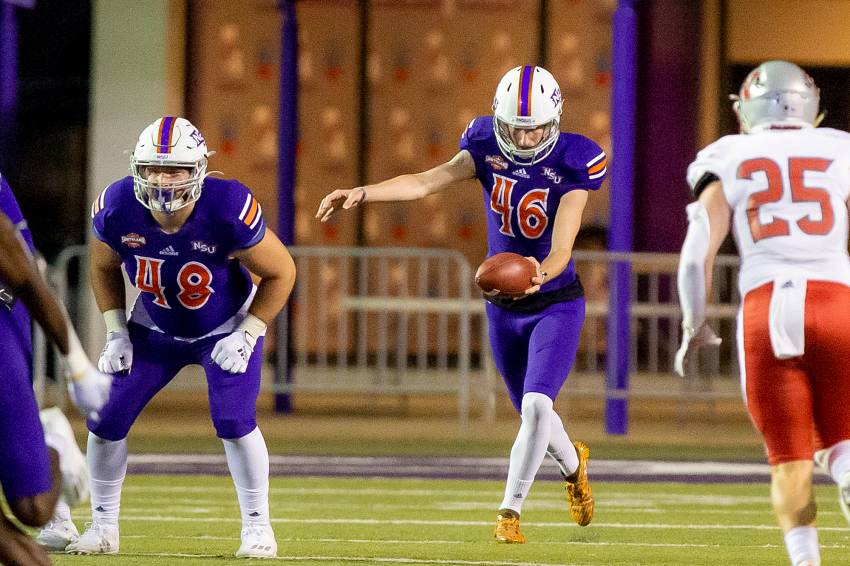 Roblow averaged 50.5 yards per punt Thursday, forcing Sam Houston to travel further distances as the Bearkats scored nearly 35 points under their season average in a 24-16 NSU loss on Thursday.

The redshirt freshman punted four times for a total of 202 yards, pinning the Bearkats inside the 20-yard line once.

Roblow, a C.E. Byrd product, earned his first career player of the week award and NSU’s first weekly award of the season.

He assumed punting duties in spring camp after serving as a kicker in 2019, and he’s averaging nearly 42 yards per punt.

Of his 24 punts this season, nine have been inside the 20-yard line with six traveling 50 yards or more.