The solutions to the problems seem obvious to all but they are complicated when it comes to David Griffin and his goals to improve the New Orleans Pelicans following a disappointing 2020-21 season.

Speaking the day after the season ended, Griffin pinpointed the issues he feels the Pelicans must improve upon.

“We’ve got to address our basketball IQ, our toughness and our shooting,” Griffin said. “I think those three things really revealed themselves in the fact that while we were talented enough to build double digit leads, we also blew more double digit leads than any team in the league.

“We had double digit leads 14 times in games we didn’t finish. We were 2-11 in games decided by three points or less. Those are things that you cannot do and be a winning basketball team.”

You can certainly chalk some degree of those ugly numbers up to overall experience, the lack thereof collectively, of the team as a whole and of players playing together but to pin everything on that would be both inaccurate and a mistake.

The Pelicans finished 31-41, a worse percentage than last season, despite having Zion Williamson for most of this season, unlike last season.

We are getting ready to find out if Griffin has the answers to the issues or if he is destined to head the way of Dell Demps.

We are getting ready to find out if Stan Van Gundy is the solid veteran presence needed to mold young players into a cohesive, contending unit or if he is destined to head the way of Alvin Gentry.

With all due respect to Demps, the Pelicans made the wrong choice in jettisoning Monty Williams following a 45-37 season in 2014-15 and playoff appearance while keeping Demps.

Williams has matured as a coach and is poised to make a serious run at NBA Coach of the Year in Phoenix with Chris Paul, competing with Tom Thibodaux and Quinn Snyder and Doc Rivers for top honors this season.

So what are the needs and solutions to the issues plaguing the current roster of the New Orleans Pelicans?

Is it that simple?

He was a nice addition, solid on both ends and plays the game hard.

Didi Louzada certainly fits the latter. He can guard and he is long.

Do either fit the former?

Louzada, in limited playing time, was 2-for-8 (25%) from three-point range and his statistics abroad to not indicate that he will be good from distance.

James Johnson gave the Pelicans solid minutes after being acquired in a trade with Dallas. He rebounded well and defended in honest fashion but Johnson is a career 30.4 percent shooter beyond the arc and he would appear to be a short term contributor as he turns 35 in February.

Much has been made about Lonzo Ball and his improvement from three-point range, and it is legitimate. 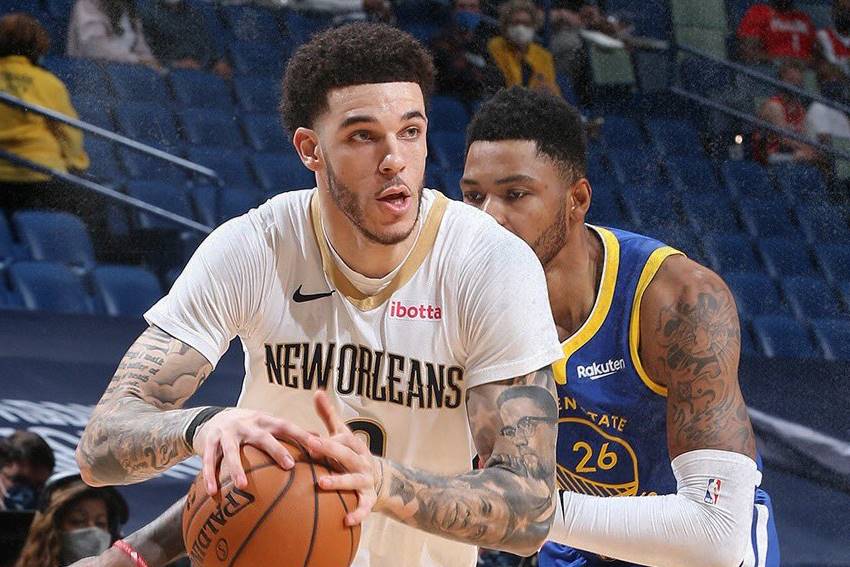 Ball shot 37.8 percent from three-point range, becoming the second best option on the team in that department. Who would have thought that could be the case prior to this past season? Give Ball lots of credit for working hard to improve his shot.

While Ball shoots it well enough from distance, he does little else to score as he shoots just 39.7 percent from the field for his career, rarely penetrating and finishing in the paint or at the rim. Will the Pelicans invest in him at a huge rate long-term? Ball is young (23) and said once again Monday that he wants to be here in the future and really enjoys playing with the other young stars on the team.

Brandon Ingram is a solid option from three-point range. Ingram shot 38.1 percent from beyond the arc.

Josh Hart is a keeper, an outstanding player off the bench who slashes and plays hard all the time on both ends of the floors.

Hart shot 32.6 percent from three-point range, not good for a guard.

Nickeil-Alexander Walker is emerging as a potential starter.

Alexander-Walker is long, can get to the rim and finish at the rim with either hand.

NAW is working to improve his shot but he shot the same percentage this season as he did in his rookie season from three-point range (34.6% last season, 34.7% this season).

His shot looks the part but he shot just 33.3 percent from three-point range this season.

There may be some hope for Wenyen Gabriel.

At 6-foot-nine, Gabriel is long.

In a limited sample size, Gabriel shot 40.6 percent from three-point range (13-of-32) this season.

Do we need to include Eric Bledsoe?

The veteran guard never seemed totally engaged this season, did not look or feel the part of a player who really wanted to be here and his presence may hold back the progress of other young guards.

If you include Bledsoe, he shot a mediocre 34.1 percent from three-point range.

To put things in perspective, the NBA average for three-point shooting this past season, according to statmuse.com, was 36.7 percent.

Only Ingram and Ball, among those players who saw significant playing time, eclipsed that mark.

As a team, the Pelicans shot 34.8 percent from three-point range, ranked 26th out of 30 teams.

The only teams shooting it worse from distance were bad teams in Orlando, Houston, Oklahoma City and Cleveland, none of which are playoff-bound.

How bad was it?

Consider a pertinent statistic from Will Guillory of The Athletic.

The Pelicans finished 29 games this season with single digits 3s made.

Then, there is the defensive end of the floor.

While the Pelicans improved later in the season, sometimes without its star players on the floor, the improvement that must occur is significant.

Another underrated area which must improve is free throw shooting.

The Pelicans were awful, 29th out of 30 teams, shooting just 72.9 percent from the line. Only Oklahoma City was worse.

Of course, Steven Adams played a large role in that capacity, shooting an awful 44.4 percent from the charity stripe.

While Adams is a consistent, solid, dependable performer, is he a good fit here with the presence of Zion Williamson, who plays as a big as well and is not a perimeter shooter or defender, either?

Give Zion credit for improving his free throw shooting to 69.8 percent, still well below the league average.

Willy Hernangomez was better than anyone imagined he would be, a solid player, but he shot 66.7 percent from the stripe.

Yet another measurable that must improve is turnovers.

The Pelicans were 22nd in the league, averaging 14.6 turnovers per game, though they improved in that department later in the season.

There is a chance to get better through the draft, if the Pelicans choose to remain where they are.

Over the next seven years, New Orleans has 24 picks in the two-round draft.

Once again, the Pelicans will be in the lottery this year.

As was the case with Anthony Davis and Chris Paul before him, the organization is on the clock to build a championship caliber team around Williamson. 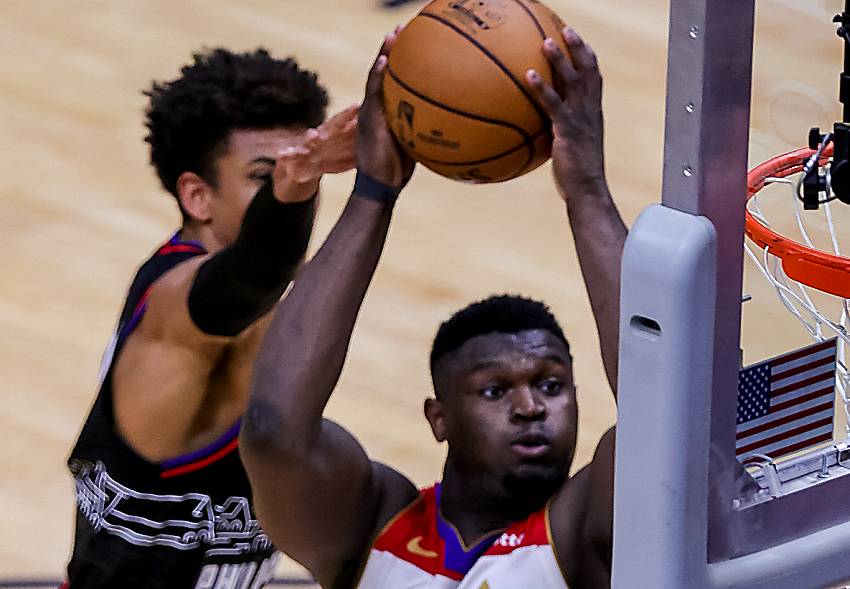 Williamson becomes a restricted free agent in 2023. There is time to make it happen but the time is now.

Griffin and Van Gundy have the keys to the kingdom.

Can they finally unlock the door for a franchise that has advanced to the second round of the playoffs just twice in 19 seasons since moving to New Orleans for the 2002-03 season?

Is there an answer for a team with just six winning seasons and seven playoff appearances in those 19 seasons?

The small market franchise has come up small in the larger scheme of being viable when it comes to discussing teams on the rise or teams threatening to reach an NBA final.

No one wants to think about the possibility of new locksmiths again and starting over.

The key is making good, solid personnel evaluation and decisions. That is not complicated but has been a bit complicated for those in charge in New Orleans for the last two decides.

Get smarter, get tougher, get better shooters, get better defenders and reduce turnovers. There you have it.