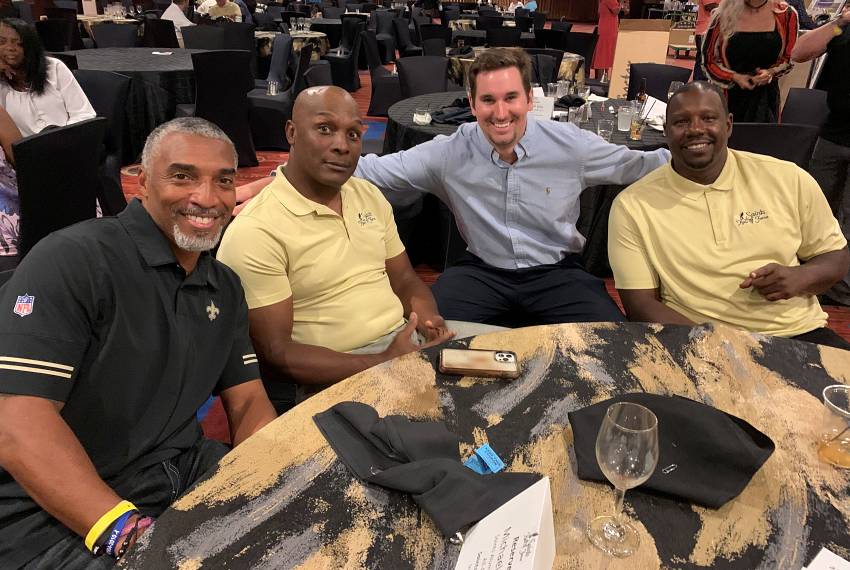 Back in 2016, the City of Biloxi, along with its business partner at IP Casino Resort Spa partnered with the Saints Hall of Fame to create a weekend of events.

Now in its seventh year, the celebration continues to bring the spirit and history of New Orleans Saints football to the Gulf Coast.

On Thursday night, the annual Saints Hall of Fame Experience reception and auction was held at IP Casino Resort Spa in Biloxi.

A total of 22 New Orleans Saints alumni celebrities were on hand, along with Saints Executive Vice President and General Manager Mickey Loomis.

Patrons got to meet and take pictures with celebrities, including with the Lombardi Trophy from Super Bowl XLIV and had an opportunity to bid on silent auction items from Southern Fundraising, as well as to bid on a live auction of Saints and New Orleans Pelicans items. 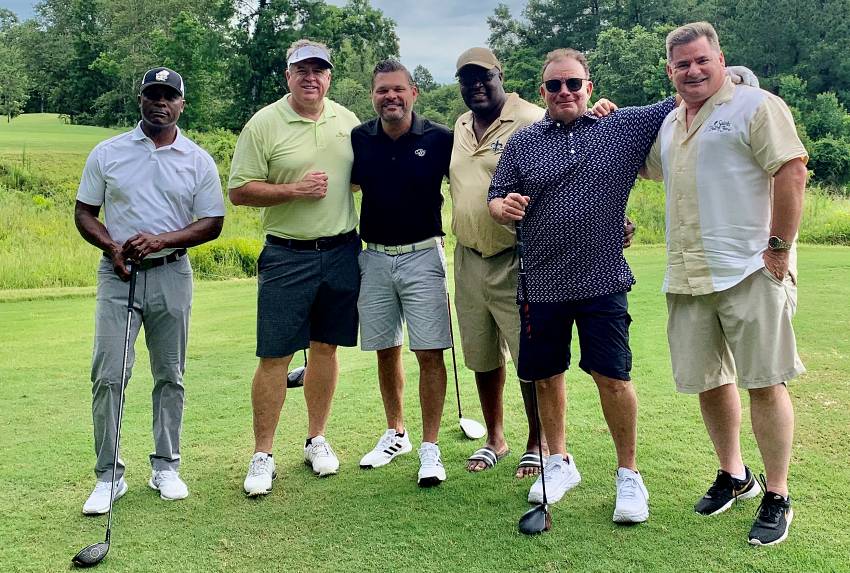 On Friday morning, it was the annual City of Biloxi Saints Hall of Fame Golf event at Grand Bear Golf Course in Saucier, MS, an outstanding course which has housed many professional events with Saints alumni participating.

The Coca-Cola team won the event.

The Shuckers rallied from a four-run deficit, scoring eight unanswered runs to take a 14-10 victory, the win capped off with a Fireworks Show to conclude the game 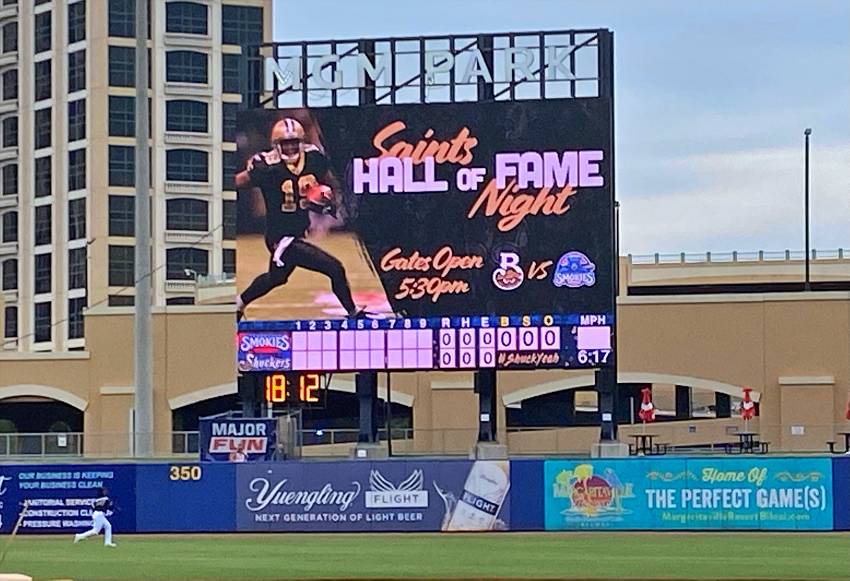 New Orleans Saints alumni were introduced on the field prior to the game with Devery Henderson and Fred McAfee, newly elected to the Saints Hall of Fame, throwing out first pitches.

During the contest, Saints alumni signed autographs and took pictures with many enthusiastic fans who were on hand to watch the Shuckers and to see some of their Saints favorites of years past.