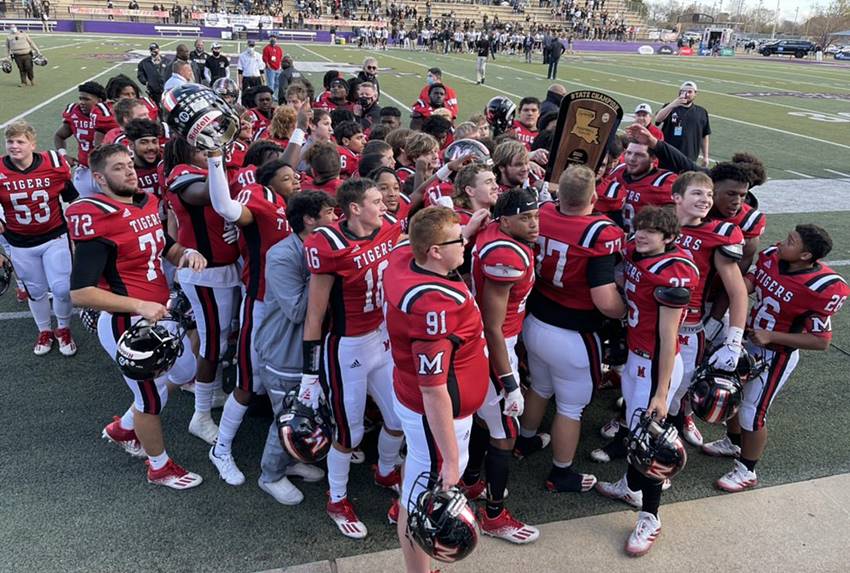 Another year of high school football in Louisiana is in the books, and the winners are … the select schools.

Yes, seven years and 11 months after the football playoff split was a yes vote from the majority of public school principals around the state, the evidence is clear.

Select schools (their term, not mine) are ahead and pulling away.

If you don’t believe that to be true, you are entitled to your opinion.

In Class 2A, are there any schools that could defeat Lafayette Christian? Or St. Charles Catholic? Or Newman? Or Notre Dame?

Lafayette Christian’s best player, five star recruit and LSU signee Sage Ryan, was injured in a second round playoff victory over Episcopal. Without Ryan, the Knights dispatched top seeded Newman in the semifinals and then defeated a very good St. Charles Catholic team in the championship game.

On the second to last week of the regular season, eventual Division I champion Catholic defeated 5A titleist Acadiana, 27-21.

Vermilion Catholic reached the semifinals in Division IV. In four district games in the regular season, the Eagles rolled through opponents by a combined score of 217-41.

Watching the championship games, there are also non-select schools (their term, not mine) that posted sterling resumes.

However, the playoff football on the select side was far more compelling. In the eight select semifinals, six were decided by 14 or fewer. Three games were decided by two points or less.

In the non-select semifinals, four of the 10 contests were decided by six points or fewer.

In Class 2A, eventual champion Many won their semifinal 83-36 over General Trass.

When the split was enacted, the hue and cry was for fairness and competitive balance. That has happened, but not the way Winnfield principal Jane Griffin and Many principal Norman Booker envisioned it.

Winning a select school championship is becoming increasingly difficult, even will smaller brackets.

In late December, they are asking, “What do I have to do to win it all?”