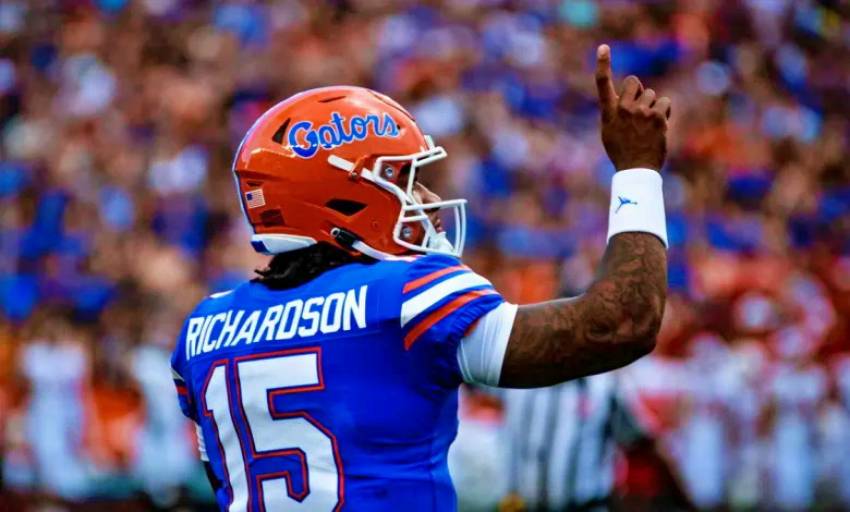 When it comes to the Southeastern Conference in college football, hate is a real thing.

That is typically the case when envy grips those who tire of the praise and accolades heaped on a significant rival. There is absolutely no doubt that the SEC has dominated the landscape of college football for the past two decades.

Alabama, LSU, Georgia, Tennessee and Auburn have all won national championships since 1998. Florida did so previously, as did Ole Miss.

The start of the 2022 season Saturday was simply more of the same.

The SEC swept all 11 games played prior to Sunday.

Then, LSU blew the perfect weekend with its 24-23 loss to Florida State, ruining the clean slate for the best conference in the land.

Even Vanderbilt was victorious, besting Elon, for what that is worth.

Most notable was defending national champion and No. 3 Georgia routing No. 11 Oregon 49-3.

Despite graduating so many great players, the Bulldogs simply reloaded and we may have to immediately place Stetson Bennett in the primary conversation for the Heisman Trophy.

Bennett was brilliant, completing 25 of 31 passes for 361 yards and two touchdowns.

Of course, the team that Georgia defeated for the 2021 national championship is lurking and is the prohibitive favorite to take the title back.

Heisman Trophy winner Bryce Young debuted with 196 yards passing and five touchdown passes while rushing for 100 yards and a sixth touchdown to immediately make him the man to beat for the Heisman.

While Georgia and Alabama are clear contenders for the national championship, perhaps the biggest statement came in Gainesville where former University of Louisiana coach Billy Napier debuted in grand fashion as Florida upset No. 7 Utah 29-26 in a thriller.

The Gators scored with just over a minute to play to take the lead and came up with a huge, game-clinching interception when the Utes were in easy field goal range to at least force overtime.

No. 19 Arkansas proved that its renaissance season in 2021 was no fluke. The Razorbacks downed No. 23 Cincinnati 31-24. KJ Jefferson passed for three touchdowns and ran for a fourth score in an impressive effort.

No. 6 Texas A&M displayed a tough defense in a 31-0 shutout win over Sam Houston State.

Having beaten out Max Johnson for the starting quarterback job, Haynes King was solid, completing 20 of 31 passes for 364 yard with three touchdowns, though he did suffer a pair of interception. King also rushed six times for 35 yards while Johnson got in and completed 3 of 4 passes for 23 yards and rushed once for 11 yards.

No. 20 Kentucky took care of Miami of Ohio 37-13. Will Levis, one of the best quarterbacks in the conference, completed 21 of 32 passes for 303 yards and three touchdowns with an interception.

Mississippi State unveiled its air raid offense in potent fashion in a convincing 35-10 win over Memphis. Will Rogers came out smoking, completing 38 of 49 passes for 450 yards and five touchdowns with an interception.

After a turbulent offseason, Auburn opened with a 42-16 win over Mercer.

Former Ponchatoula and LSU quarterback T.J. Finley struggled, completing just 9 of 14 passes for 112 yards with a touchdown and two interceptions. He will have to step it up for Auburn to be a factor in the league. Tank Bigsby picked up the slack, rushing 16 times for 147 yards and two scores.

South Carolina handled Georgia State 35-14 as Spencer Rattler, the former Oklahoma star, debuted by going 23 of 37 for 227 yards and a touchdown.

Missouri drilled Louisiana Tech 52-24 as the Tigers rushed for 323 yards and four touchdowns.

Mike Wright was the story, completing 18 of 29 passes for 245 yards and four touchdowns for the Commodores.

Let the haters continue to hate. The SEC rules and Oklahoma and Texas will only add to the power in the near future.