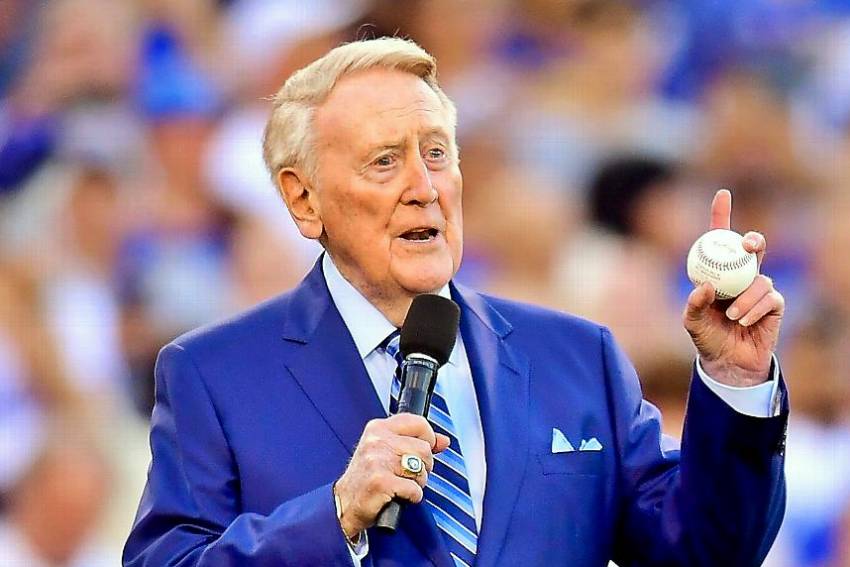 For many years, radio was the dominant force in the play-by-play genre.

As a play-by-play voice for many entities (New Orleans Saints (preseason), New Orleans Zephyrs, New Orleans VooDoo, New Orleans Night, University of New Orleans, Tulane (television), Loyola, Delgado and high school sports) over the course of my career, it has been a joy ride full of some of the most thrilling moments anyone would hope to experience.

Radio is the genre where your play-by-play skills are revealed in majestic fashion. It is also the genre which will reveal any limitations or shortcomings.

Radio is all about painting a picture from a blank canvas.

It is all about creative, accurate narrative.

It is all about instantaneous description, spontaneous, timely delivery as the action takes place.

It is always easy to discern a good or great play-by-play person from an ordinary one or one who is simply not up to par. Fan reaction will notably let you know if the voice you hear is actually calling the play as it happens or simply recapping it.

Radio, as we say, is a play-by-play announcer’s game.

Television, as we say, is the game of the color analyst.

The picture tells the story with the latter.

Over the years, there have been many brilliant arbiters of the spoken word on radio.

So did Mel Allen.

I have always enjoyed Jon Miller.

There are those who are entertainers, more colorful than necessarily skilled in the craft, including Harry Caray and Bob Uecker, among others and they are appreciated and loved by generations as well.

Jack Buck was marvelous, the voice I grew up with listening to St. Louis Cardinals games on KMOX and later watching him on television with Major League Baseball and NFL games. He was my idol, whom I patterned myself after.

Buck had a great voice and delivery. He understood the important moments and played them accordingly.

Buck was also a very nice guy who always credited the opposition and paid homage to umpires. He was the consummate professional.

Fortunately, radio has become an all access entity in recent years, thanks to Sirius/XM and the ability to listen to all broadcasters.

The television voices of my lifetime in sports are memorable as well, including Dick Enberg, Curt Gowdy, Pat Summerall, Keith Jackson, Al Michaels, Joe Buck, Joe Garagiola and others.

Tuesday night marked the passing of perhaps the most revered, if not the very best voice of baseball, if not the best of all sports in Vin Scully.

I was blessed to meet Harwell.

I was blessed to meet Buck.

I was never blessed to meet Scully, who spent over six decades with the Dodgers, spanning from Brooklyn to Los Angeles.

Though I never met Scully, I felt like I knew him.

I suspect that was the case with millions who listened to his docile tones.

While Buck was firm and had the deep voice and could play the moment, Scully was the soothing voice that relaxed you and provided assurance and reassurance that everything was fine and would be fine.

The amazing storytelling ability of Scully was unparalleled.

I have always worked diligently to prepare for any play-by-play assignment, uncovering every potential angle and nugget pertaining to the teams and to the individuals to insert and share at an appropriate moment in the game.

With or without an analyst to work with, there is an enormous amount of down time to fill, particularly in a radio baseball broadcast.

No one accomplished that feat better than Scully, who really did not need an analyst.

The fact that he was so well liked and admired in magnanimous fashion by listeners and viewers spoke volumes about his abilities and career.

Los Angeles was blessed to have two of the very best of their craft in their respective sports in Scully and Chick Hearn.

In the NBA, Hearn was a staple, if not the measuring stick for all broadcasters. Hearn was brilliant over the course of a 41-year career with the Los Angeles Lakers, the voice of so many great players and multiple championship teams. He was synonymous with the product.

Scully, like Buck, handled a host of big assignments.

They handled all with dignity and the ultimate professional approach and performance level.

With the ability to listen to Major League Baseball broadcasts frequently, there are many good voices in the game today.

Buck was the most dramatic and perhaps the most versatile we have seen.

When it comes to baseball, there will never be another like Vin Scully, the true artful Dodger.