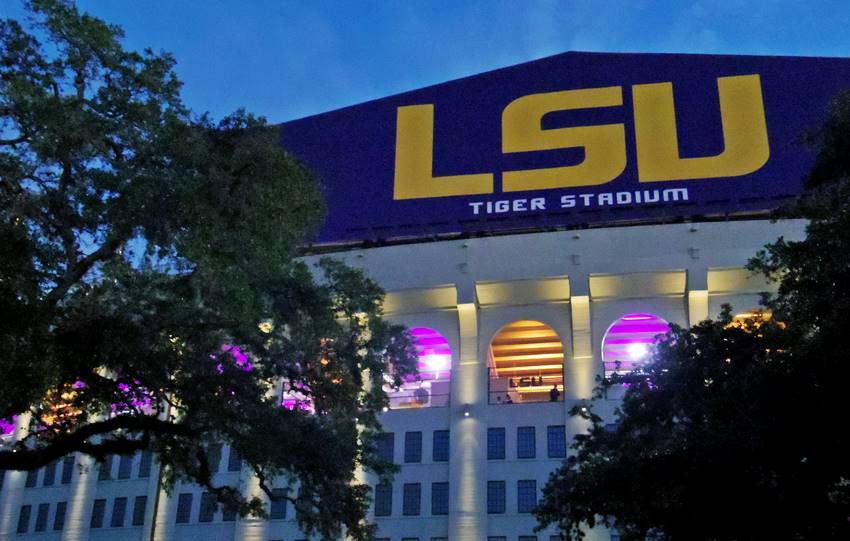 LAKE CHARLES – Saturday will be a big day for McNeese Football and its fans when it visits to take on the state’s flagship school in the LSU Tigers.

There’s already been a lot of attention focusing on the match-up between father and son – LSU head coach Ed Orgeron and his son, McNeese quarterback Cody Orgeron.

Also on Saturday, September 11, will mark 20 years since the terrorist attacks on the United States.

Cowboys head coach Frank Wilson was a head coach at O.P. Walker High School in New Orleans at the time, and remembers the events of that day vividly, like most of us who witnessed the events that took place.

“I dropped my daughter off at daycare (that morning) and was headed to work and was listening to sports radio and it would appear to me as an accident than an airplane had crashed into the World Trade Center. And so he (radio host) was like, oh my God, what has just happened? And then they say a second plane hit the building and then the reporter says the United States is under attack. The United States is under attack.

“I get to the campus and our principal was in there with the leadership of our high school at that time. We had never seen anything like this other than Pearl Harbor. It was a sad moment for, for our country. It was devastating and inhumane what was done to us as a country at that time with innocent people. It really was a time of reflection at that moment. You wanted to do nothing else but console and be there for one another and get your loved ones near you because you didn’t know if there was going to be an attack on your city. It was something out of the movies. Like the movie Red Dawn. We didn’t know if another attack was coming.”

Sports has always been a healing mechanism when disasters strike, whether it was the 9/11 terrorist attacks or natural disasters like Hurricane Katrina and Hurricane Rita back in 2005, and most recently, Hurricane Laura, Delta and Ida.

“I remember the Yankees decided to play a baseball game just a few days after the attacks and it being a very prideful moment for our country and that things like this will not stop us or will not deter us. We will move on with a civil life and we’ll continue to progress as a country. Sport was the one thing that could bring us together.

“The natural disasters you’ve seen over the past few years that continues. Whether it was in 2005 with Katrina and the Saints going back into the Superdome, or whether it was last year in our world here post Laura, post Delta, the first time we could go back out there (Cowboy Stadium) after the devastation we encountered and to be able to wrap our arms around everyone. It was important for Southwest Louisiana to be able to show resiliency which is similar to some of the things that are going on right now in Southeast Louisiana.

“Sports has always been the thing that has brought us through the challenges, heartbreaks and disasters.”

In 2015 when McNeese’s game at LSU was canceled due to severe storms, ironically on a day that was to commemorate the 10-year anniversary of Hurricane Katrina and Hurricane Rita, Saturday’s game will bring Cowboys and Tigers fans together in Death Valley for a game that is expected to see a full house for the first time since 2019.

So much has happened in that short, 2-year span that has turned people’s lives upside down, especially in the southern part of the state – global pandemic, ice storm, historic flooding, and three major hurricanes. Saturday Night in Death Valley, even if it’s just for three-and-a-half hours, sports will once again prove to be a temporary reprieve from the stress and worries of everyday challenges with the only thing fans focusing on will be the action on the field.