Sam Mills to be inducted into New Orleans Saints Ring of Honor at halftime Thursday, Dec. 2

The New Orleans Saints have announced today that former linebacker Sam Mills will be inducted posthumously into the club’s Ring of Honor during halftime of the Thursday, December 2 contest against the Dallas Cowboys.

Mills joined the Saints in 1986, signing with the team after starting his professional football career in the USFL with the Philadelphia Stars (1983-85). He will join Owner Tom Benson, K Morten Andersen, LB Rickey Jackson, QB Archie Manning, T William Roaf and DE Will Smith in the Ring of Honor, which was established in 2013.

Mills, passed away in 2005 after a long, valiant battle with cancer and is survived by his wife Melanie and their four children, sons, Sam Mills III and Marcus Mills and daughters, Larissa Mills and Sierra Mills. The former Montclair State (N.J.) standout spent nine seasons (1986-94) with New Orleans, a time when he was one of the sparkplugs of one of the National Football League’s most dominant defenses and was part of the first four playoff teams in team history. He was part of one of the best linebacking corps in NFL history, affectionately nicknamed “The Dome Patrol,” with Rickey Jackson, Pat Swilling and Vaughan Johnson.

In his illustrious career for the Black and Gold, the Long Branch, New Jersey native played in 133 games with 125 starts and recorded 934 tackles (723 solo), ranked second in club history to Rickey Jackson, 10.5 sacks, four interception returns for 34 yards, 27 passes defensed, 15 forced fumbles and 17 fumble recoveries, two recovered for a touchdown. Mills led New Orleans in tackles, five of his nine (1989-92 and 1994) seasons and reached the century mark five times (1988, 1990-92 and 1994), tied with Jackson for the most in club history.

Following the conclusion of his Saints career in 1994, Mills played three more seasons for the Carolina Panthers, producing 331 more tackles, ten more sacks and seven more interceptions, summing up his career totals to 1,265 stops, 20.5 takedowns and 11 picks. He was selected to his fifth Pro Bowl in 1996 and also as an AP All-Pro for the third time. Overall, Mills appeared in 181 career games with 173 starts, posting career totals of 1,265 tackles (971 solo), 20.5 sacks, 11 interceptions, returning one for a touchdown, 46 passes defensed, 21 forced fumbles and 23 fumble recoveries, returning three for touchdowns.

After his retirement from his playing career, Mills was inducted into the Carolina Panthers Hall of Honor. He became a scout for the Panthers in 1998, before becoming Carolina’s linebackers coach from 1999-2004. 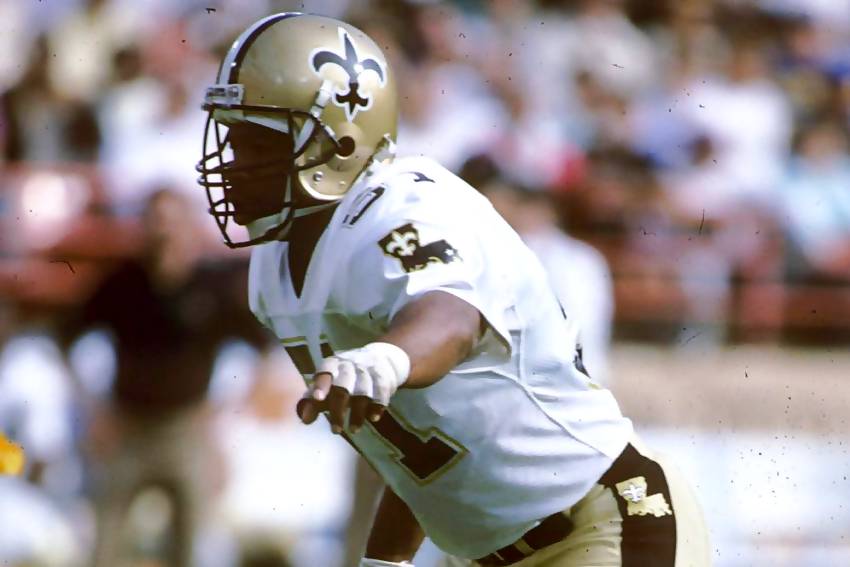 Mills finally gets his Saints due while Swilling, Johnson, Finks, Mora are also deserving

The Superdome will have a well-deserving member of te Dome Patrol in the Saints Ring of Honor.