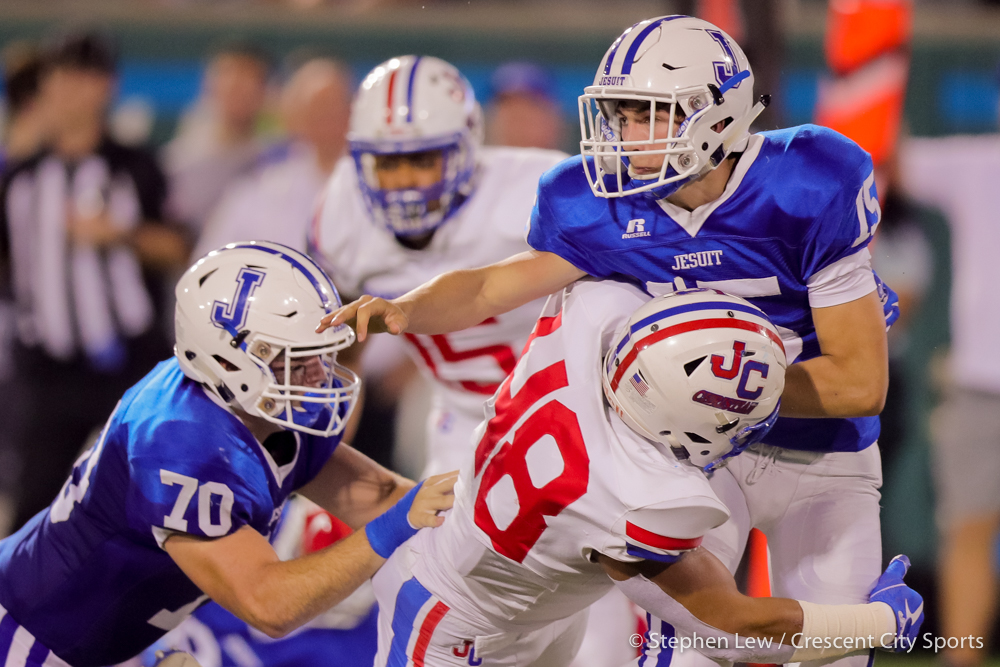 In 5A, Curtis shutout a good Jesuit team while West Monroe handled rival Ruston once again. Catholic of Baton Rouge moves up to third after getting revenge against St. Amant with John Ehret moving up to fourth and Zachary fifth. Acadiana falls to ninth after a shocking loss to Comeaux and unbeaten Sam Houston moves into the rankings at No. 10.

Unbeaten Karr blasted rival McDonogh 35 to remain on top in 4A with Lakeshore holding second and Warren Easton third. St. Thomas More and Neville are still fourth and fifth, respectively. St. Martinville, North DeSoto and Assumption are all new in the rankings in spots eight through ten.

In 3A, the University High juggernaut remains unstoppable in the top spot while unbeaten Iota is now second. Archbishop Hannan is third with Union Parish up to fourth and De La Salle advancing to fifth. Church Point falls to eighth while Eunice is in at No. 9 and St. James is back in at No. 10.

Notre Dame continues to set the pace in 2A while Country Day is a strong second after a gigantic comeback win at previously unbeaten Newman. Amite is third with Catholic of New Iberia fourth and Dunham fifth. Newman falls to eighth with St. Helena now up to ninth and Welsh in at No. 10.

Kentwood crushed White Castle to remain unbeaten and on top in 1A with unbeaten Oak Grove second and deeply talented Southern Lab third. Haynesville and Logansport remain fourth and fifth with the bottom five still the same.

Here are your CrescentCitySports.com Top 10 rankings for Week seven: