Saints without five players at practice Wednesday ahead of Falcons game 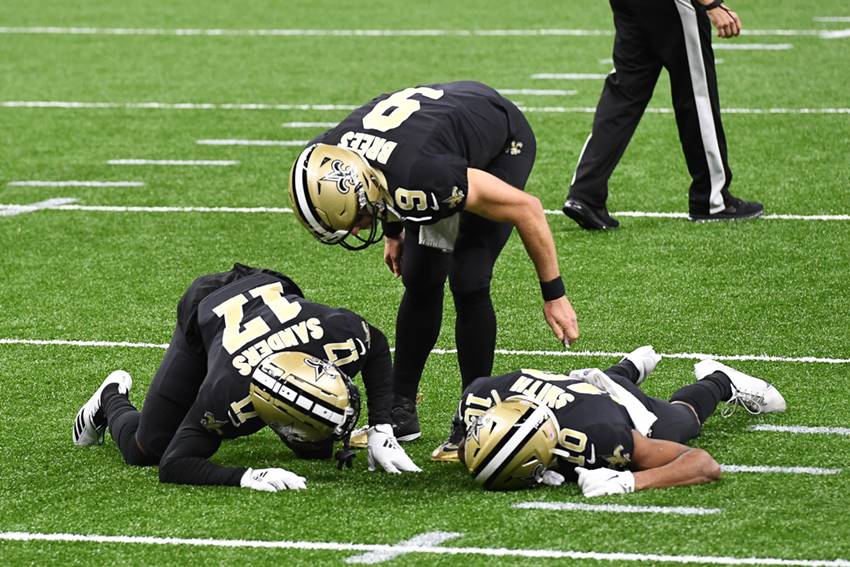 As expected, the injury list for the New Orleans Saints game Sunday against the Atlanta Falcons in the Mercedes-Benz Superdome is long.

Five players missed practice, including, of course, Drew Brees who is out with broken ribs and a right shoulder injury. Josh Hill and Tre’Quan Smith were also out with concussions suffered in the win over San Francisco.

Another concern was Cameron Jordan, who was out with a back problem, as was Dwayne Washington. Among those who were limited were Ryan Ramczyk (knee), Malcom Brown (calf), Alvin Kamara (foot) and Marshon Lattimore (abdomen).

After a bye week, the Falcons are very healthy with all but one player practicing Wednesday. Tackle Matt Gano missed the workout with an undisclosed illness. Calvin Ridley and tackle Kabal McGary were limited.