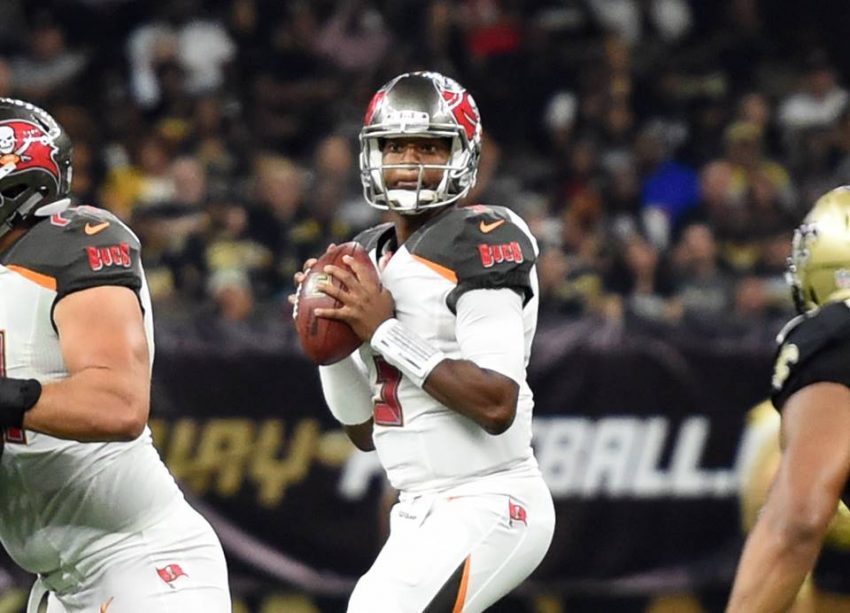 The New Orleans Saints may be on the prowl for another quarterback with experience with the departure of Teddy Bridgewater to Carolina.

Here are the potential candidates for that role.

Joe Flacco, 35 years old, failed a physical March 19 with the Broncos. His resume’ is a long one with 171 career starts, 40,667 passing yards, 218 touchdowns, 141 interceptions and a Super Bowl victory under his belt.

Jameis Winston…yes, I am going there! The 26-year old is looking to prove himself. He would be able to handle the Saints’ offense and understands that Drew Brees won’t be here forever.

The top pick of the 2013 draft started 70 contests for Tampa Bay. Despite throwing for over 5,100 yards last season, he threw for almost as many touchdowns (35) as interceptions (30). The definition of an enigma, Winston may have to accept a one-year deal anywhere he goes.

Blake Bortles is just 27 years old with five seasons of highsand lows with the Jaguars followed by last year as a backup with the Rams. He earned $5.5 million in L.A. with only two pass attempts. Since he’s not a high percentage passer at a 59.3% career rate, I don’t think he’s a very good fit.

Mike Glennon is someone the Saints had an eye on in the 2013 draft. The 20-yard old was taken in the third round by the Buccaneers and later spent time with the Bears, Cardinals and Raiders. He’s an impressive figure in the pocket at 6-foot-7 but lacks mobility.

We have discussed how New Orleans still has to fill the needs at linebacker and wide receiver this offseason in a dwindling market. If options are not there in free agency, look for one or two of these names to appear during the draft.

Among the linebackers, Kenneth Murray (Oklahoma), Patrick Queen (LSU) or Zack Baun (Wisconsin) are all capable of contributing early.

Justin Jefferson (LSU), Denzil Mims (Baylor) Brandon Aiyuk (Arizona State) or Tee Higgins (Clemson) are just a few names who can pop up anywhere from day one to early day three in the draft among the receivers.

If the Saints wait until round 3 to grab a WR, here is a sleeper to keep on your radar. John Hightower (6-1, 190, 4.43, 38.5″ vertical) attended Hinds Community College (Miss.) and finished fourth in the 400 meter hurdles at the Junior College National Championships. Last season at Boise State, he made 51 grabs for 953 yards and eight touchdowns with a variety of quarterbacks throwing to him.

Overall, the Saints have to knock a couple of early picks out of the park in the upcoming draft. They need instant success stories who contribute mightily as rookies. That’s not easy to do so the front office have their work cut out for them. Yet they have done it before recently.