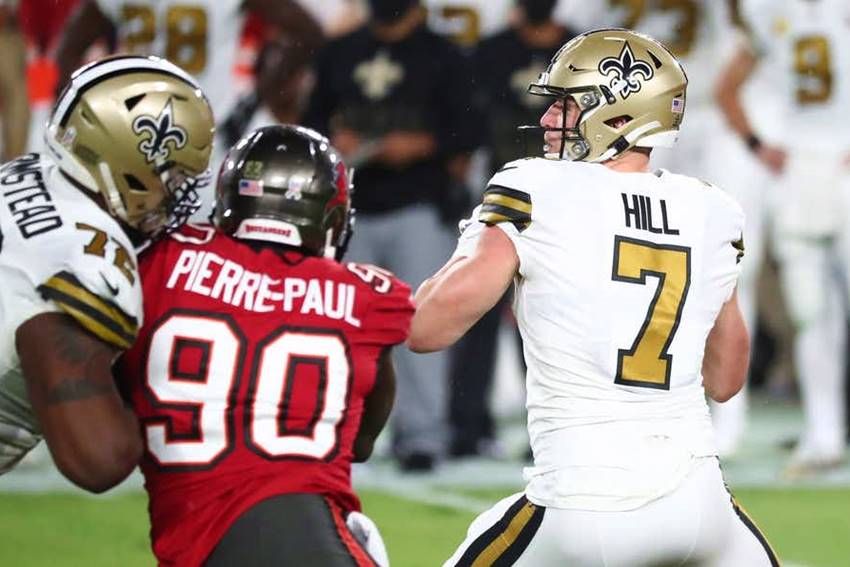 The future is now.

Multiple reports indicate Taysom Hill will start at quarterback for the New Orleans Saints against the Atlanta Falcons this Sunday.

Jameis Winston will not be part of any offensive packages Sunday vs. the Falcons, per @diannaESPN. The Saints’ QB now is Taysom Hill.

Can confirm: Looks like it's going to be Taysom time in #NOLA. https://t.co/Rbxr375EIX

Although many assumed Jameis Winston would start, he will instead serve in the same role he has so far this season behind injured starter Drew Brees – as the in-game backup. The former Bucs starter went 6-for-10 passing in relief of Brees last week.

Hill, the jack-of-all-trades athlete out of BYU who has thrown 20 passes during his career in special packages without a touchdown, has never started at quarterback in the NFL.

Saints-Falcons kicks off Sunday at noon inside the Mercedes-Benz Superdome.