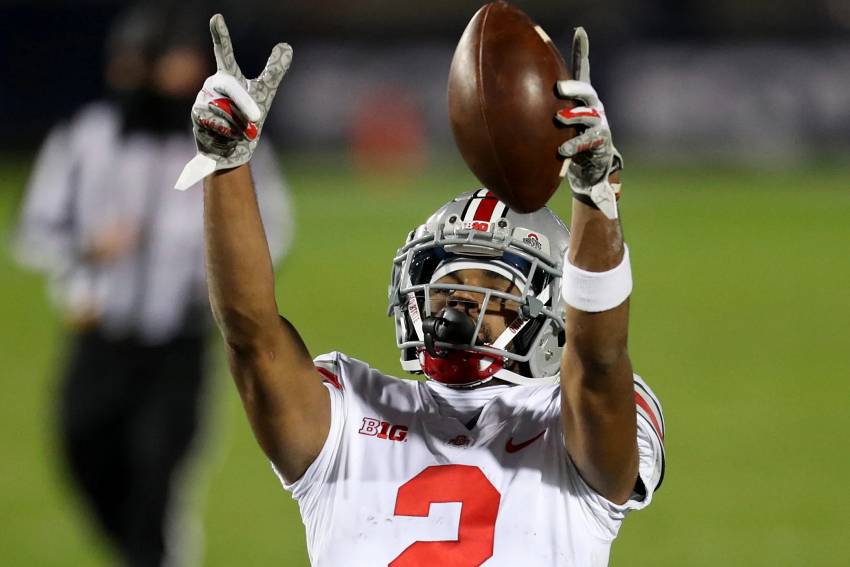 Another draft is in the books for the Saints.

Despite the departure of former head coach Sean Payton, New Orleans was true to form in many respects.

They traded up again.

They used another first round pick on an offensive lineman.

They didn’t draft a quarterback with a first or a second day pick.

They drafted a defensive back as one of their five picks.

There was something a bit different about this draft. Saints head coach Dennis Allen and general manager Mickey Loomis were more forthcoming than usual.

After Friday’s selection of Alontae Taylor from Tennessee, Allen said the following.

“You can never have enough defensive backs.”

Of course, he’s right. The Saints have had success in the middle rounds finding them.

Chauncey Gardner-Johnson was an absolute gem in the fourth round in 2019. Last year’s third round pick, Paulsen Adebo, has real promise.

For the fifth time since 2016, the Saints drafted a player from Ohio State in either the first or second round.

A vocal LSU contingent, wondering why there are not more Tigers in Black and Gold, may have been annoyed.

I have a question for them.

If you drilled an oil well and it continued to make you rich, would you go back to it?

The Saints’ recent luck with players from The Ohio State University is downright stunning.

Michael Thomas set an NFL record for receptions in a season.  In that same second round when they grabbed Thomas in 2016, the Saints selected Vonn Bell, who was a very solid player before moving on to Cincinnati in free agency.

A year later, the Saints used the 11th pick in the draft for cornerback Marshon Lattimore, who may turn out to be the best player at the position in franchise history.

In 2021, New Orleans surprised many with the selection of linebacker Pete Werner in the second round. Yet, that selection has turned out to be prescient.

According to Pro Football Focus, Werner had the fifth highest grade of any linebacker in the NFL last season. He was ahead of stars like Darius Leonard of the Colts and fellow Saints teammate Demario Davis.

Loomis said he expected a run on wide receivers in the first round and couldn’t wait for one to potentially fall to the Saints at the 16th pick.

So, they drafted another Buckeye, one with top end speed, sure hands and the ability to run precision routes.

Loomis told reporters Saturday evening the Saints don’t sit around and wait. “If we see someone we love, we go get them.”

That philosophy has paid off handsomely.

The 2021 draft is a huge one for the New Orleans Saints. Since the stellar 2017 draft, the Saints have been solid on draft day but not great.

The 2020 class looks sketchy at best. First round pick Cesar Ruiz, according to Pro Football Focus, had the 56th highest grade at offensive guard last season. Linebacker Zach Baun has not been a factor yet. Neither has tight end Adam Trautman, who has 42 catches and three TD receptions in two seasons.

The grade on the 2021 draft is an incomplete, of course.  Werner is a very good player. If that year’s first round pick – defensive end Payton Turner – has a big year, that draft class will look a lot better.

In 2022, Loomis said the Saints identified seniors, those had graduated and had high character. He noted that Saints scouts are excellent at matching what the coaching staff wants in a player.

The Saints continue to play the long game, as many others in the NFL do not. It has paid off.

Playing four quarterbacks in the first season without Drew Brees, going thru a potpourri of kickers and dealing with several bouts of COVID, the Saints won nine games. They should have won 10, if not for the massive COVID outbreak before the Dolphins game in December.

The Saints drafted in the first round for the here-and-now.

Right now, they look to me like the best team in the NFC South.