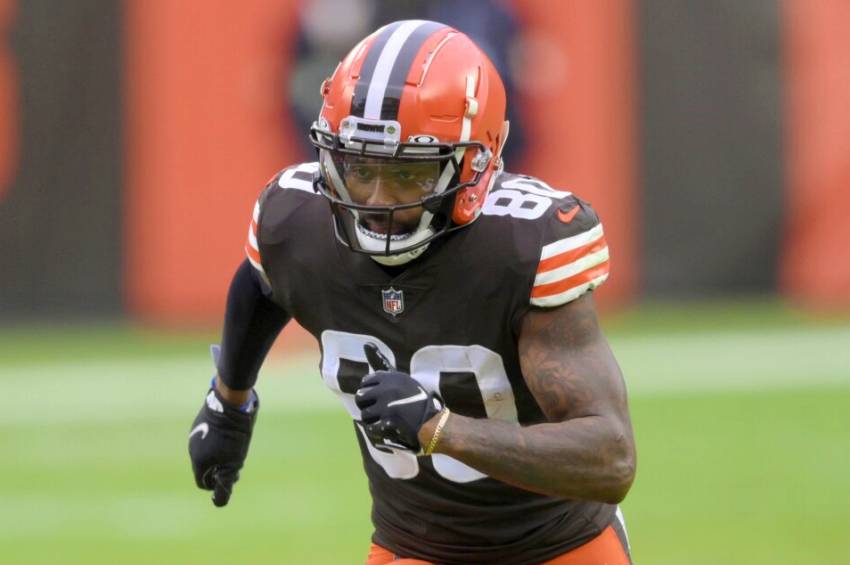 Jarvis Landry to the New Orleans Saints on a one-year deal, according to a league source

For Jarvis Landry and the #Saints, it’s expected to be a one-year deal worth up to $6 million. A chance to go home, show he’s healthy and get back to the market next March, when Landry will be 30. @NFLTotalAccess pic.twitter.com/OcrUHC8XRt

The second-round pick by the Miami Dolphins in 2014 played four seasons before he was traded to the Cleveland Browns in 2018. Landry was released after last season by Cleveland after totaling career-lows with 52 receptions for 570 yards.

With the Saints, Landry adds to the restocking of the receiver position for a team that averaged the fewest passing yards per game in the NFL last season. New Orleans drafted Ohio State’s Chris Olave 11th overall last month while the anticipated return of All-Pro wideout Michael Thomas from injury is also expected to give the Saints passing attack a significant boost.