Name an NFC contender trying to reach the Super Bowl this season.

The Eagles claimed corner Cre’Von LeBlanc from the Lions and they signed defensive lineman T.Y. McGill.

The Vikings have not made a roster move but they got feature running back Dalvin Cook back on the field.

With an opportunity to win it all, teams in a tough, deep conference are making moves to try to put them over the top.

The Saints made the move to bolster their struggling cornerback position with Eli Apple.

Now, there is the addition of Dez Bryant.

The move is obvious for many reasons.

The Saints obviously feel they are good enough to win the NFC and Super Bowl this season. They have a definitive need at wide receiver without Ted Ginn, Jr. in the fold.

Cam Meredith and Austin Carr have contributed little and played little. Now, Meredith has now been placed on injured reserve and is likely to undergo arthroscopic knee surgery, according to Adam Schefter. 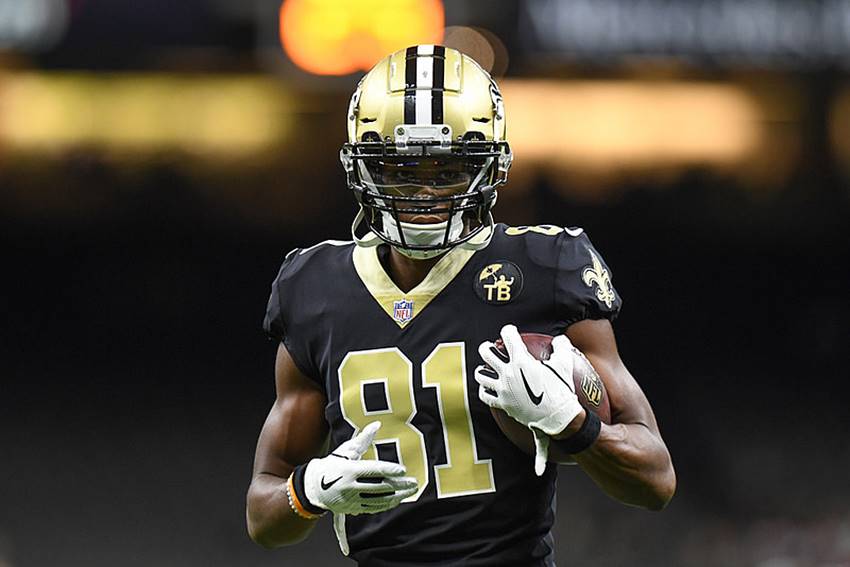 Saints WR Cameron Meredith on injured reserve, out for year with knee injury

He had nine catches for 114 yards with one touchdown this season.

Tre’Quan Smith is a nice talent but he is a rookie. Michael Thomas is bound to attract the bulk of attention from opponents.

“You know in our system that we’ll play guys outside. We’ll play guys inside. Mike Thomas is an X. He’s outside split end and then he will play in the slot and we will move guys around. The key is what they’re doing and what we’re asking them to do. You’ve seen that I think with him (primarily being on the outside in Dallas). We’re not going to move him all over the formation in the first three weeks, four weeks he’s here. We’ll build on that much like we’ve done with any player,” Saints head coach Sean Payton explained Thursday.

A street free agent since his release in April, Bryant’s availability was puzzling to some considering his ability and productivity. There is a reason for it.

Bryant is considered toxic by many, a definite threat to disrupt a team and locker room. The concern is legitimate.

His blow-ups on the sideline were often epic and quite visible to all. He commands enormous attention. He is known to complain when he does not get the ball.

Somehow, you have to feel that Bryant got the memo and understands what he is expected from him as a Saint.

“One of the things while he was here on the workout was, (we told him) we think that we have a special culture here and one in which you’ll appreciate. We think we have a system in place and we’ll work our tails off to to make it work in our place. You’re going to find that the players around you are guys that will help support you and so you get past that,” said Payton.

With all due respect to Tony Romo, Dak Prescott and Jason Garrett, there is no comparison to Drew Brees and Sean Payton. If Bryant is still a good player, Brees will get him the football in sufficient and efficient fashion. If Bryant wants to win, he will buy in and fit in. If not, it will be a short-term relationship.

To draw a few comparisons in recent years, the New England Patriots, whom Bryant voiced a desire to play for recently, have recently taken chances on Randy Moss and an even bigger risk with Josh Gordon.

Moss was a huge hit and a big part of a Super Bowl champion and was very good for two seasons with the Patriots. Gordon was already late for a meeting with New England and was disciplined but Bill Belichick and Tom Brady know how to handle such situations. If Gordon jumps the shark again, he will likely be banished. On the field, he has done a solid job.

The feeling is that Payton and Brees can handle the situation. If they cannot, there is really no loss to letting Bryant go. While they are paying him, it is for less than a year and the Saints did not have to part with a player or draft choice.

The Saints learned what that would be like with the likes of Junior Galette and Brandon Browner, among others. They nipped a potential big distraction in the bud by turning Adrian Peterson loose early last year and immediately took off. They made a move with Brandin Cooks when he or his agent was considered an issue.

Bryant is big at 6-foot-2, 220 pounds, making him the kind of big receiver that Payton loves. Though he just turned 30, Bryant started all 16 games for Dallas a year ago and was still a very productive receiver with 69 catches for 838 yards and six touchdowns.

While injuries cut his productivity a bit in 2015 and 2016, he was still good last year.

The only concerning statistic a year ago is that Bryant continued a three-year trend of far fewer catches per targets.

Thomas, by comparison, has an 88.6 percent conversion rate this year, an amazing statistic, on targets from Brees. He was at 69.8 percent a year ago and 76 percent in his rookie season of 2016.

Bryant was cut in April by Dallas after meeting with Cowboys owner Jerry Jones. It was clear that Bryant flourished with Romo, who was accurate and good. While Prescott started well in his rookie season, he is not at the same level Romo was and did not have the chemistry with Bryant that Romo had.

While no one would place Jones among the better talent evaluators and general managers (de facto) in the league, the relationship between Bryant, Jones, Garrett and some teammates had deteriorated greatly. In retrospect, the Cowboys miss his productivity, so much so that they went out and made a big deal to try to fill the void by acquiring Amari Cooper from Oakland.

Bryant will be suitably motivated to perform.

He agreed to a one-year deal so he is playing for a contract, perhaps the final contract in his career. For the first time in his nine-year career, he has a chance to play for a Super Bowl championship team.

Then, there is the matter of returning to Dallas to face his former team on Thursday, November 29, which will draw huge attention.

Signing Bryant is a risk. The fact that no one else signed him prior to now is glaring.

Still, the risk/reward on this move is worth it for the Saints. The arms race continues. Somehow, you get the feeling that NFC contenders are not finished loading up.