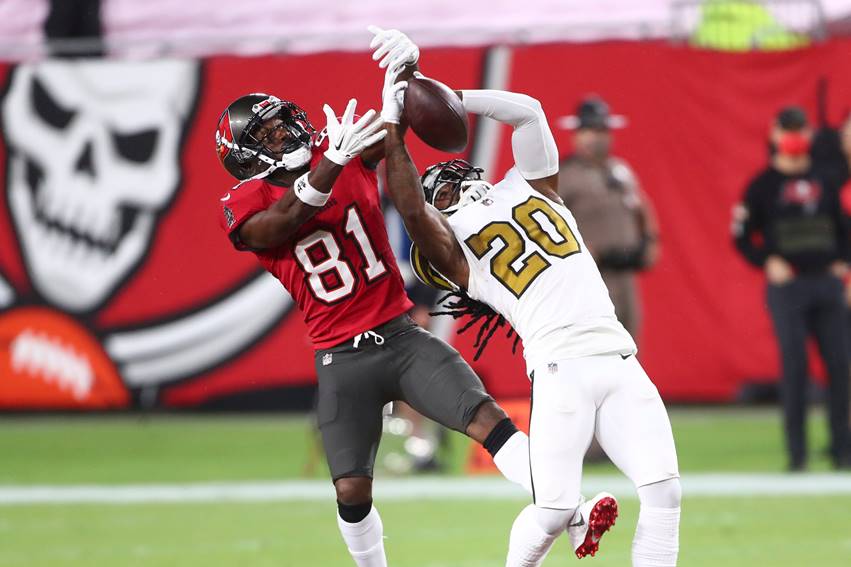 Since 2009, only once has a team swept a division rival in the regular-season series and then faced said team again in the playoffs with a chance to go 3-0.

Go to the front of the line if you remember that was the 2017 Saints, which not only swept the Carolina Panthers in the regular season to claim the tie-breaker and win the first of what is now four straight NFC South titles, but then knocked off the Panthers 31-26 in the Wild Card round on Jan. 7, 2018.

Now, the Saints get the chance to do it again this Sunday against Tom Brady and the Tampa Bay Buccaneers.

Since the 1970 merger, Sunday will mark the 22nd time a team has a chance to complete a three-game season sweep with a playoff win. The team that swept the regular season series is 14-7.

Under the current scheduling format, meeting a team three times in one year can only happen between division rivals who meet twice in the regular season and again in the postseason. While division matchups are not uncommon in the playoffs – see Rams-Seahawks and Browns-Steelers from this past weekend – the teams will often come in having split the regular-season meetings.

Before New Orleans did it to Carolina, the last three-game sweep was in the Saints’ Super Bowl season of 2009, when the Dallas Cowboys swept the Philadelphia Eagles in the regular season and knocked off the Eagles again in an NFC Wild Card game before losing to the Minnesota Vikings in the divisional round.

The Saints and Bucs face off in the last of four games on Divisional Playoff weekend Sunday at 5:40 p.m. in the Mercedes-Benz Superdome.

The history of teams going for a three-game sweep with results is listed below.