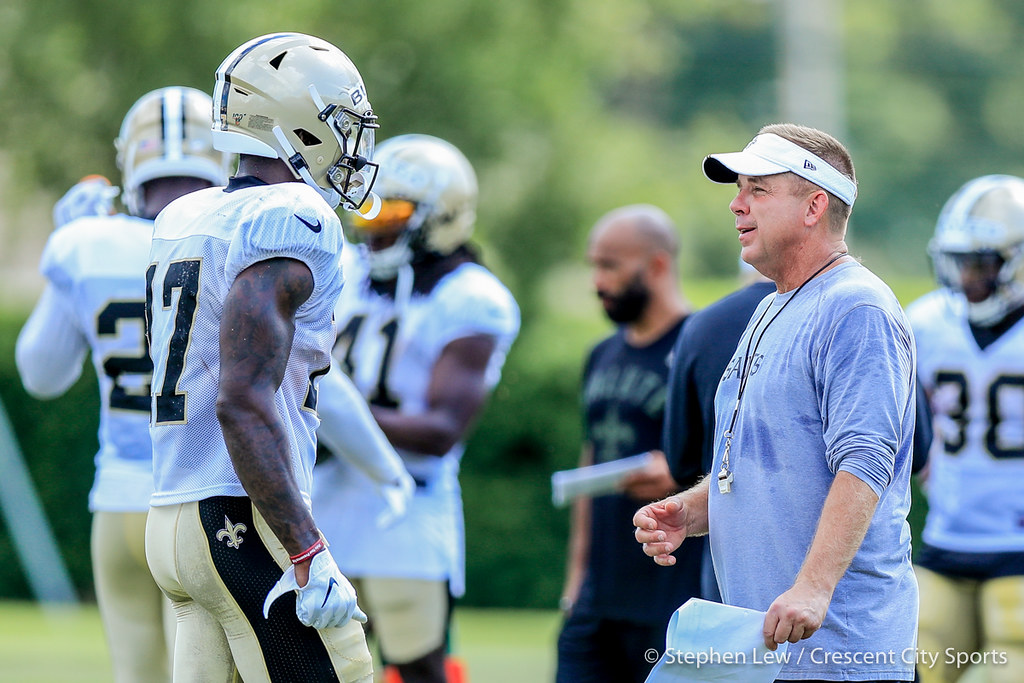 Many observers at New Orleans Saints training camp have asked the same question. Why was wide receiver Emmanuel Butler not drafted?

Butler has been the talk of the early Saints training camp with the size at 6-foot-4 and 220 pounds that head coach Payton really likes at the position. Butler has been praised by the coach, the media and fans as well. So why was he not drafted?

Butler had a shoulder injury and played in only two games in 2017 after having impressive 2015 and 2016 seasons. He did come back as a senior in the 2018 season and caught 35 balls for 676 yards and an impressive 19.3 yards per catch average with seven touchdowns. A four-year college player who was good but not eye-popping at the Division II level can be easily overlooked.

I had him rated as a free agent in my 2019 Draft Day Report for several reasons, but a lack of speed to get vertical was the main one. He also had problems dealing with press coverage, and it is not a good look when a big receiver gets jammed at the line too often. Playing against a lesser level of talent at Northern Arizona was a factor as noted. He looked a bit tight in the hips and not as quick as desired in his turns when route running.

However, he is now being compared to former Saints Hall of Fame receiver Marcus Colston, the big receiver with less than great speed.

At his Pro Day, Butler was reported to have run 4.48 which is much better than the 4.60/4.65 range scouts had for him. We’ve seen more evidence that those numbers are accurate based on practice field efforts in Metairie.

Butler possesses the desired height, weight and long arms for the pro game. He has a muscular and chiseled frame that means he is not a developmental prospect in the physical sense. Butler shows good down-field ball skills and concentration, using his long arms well when fighting for contested balls. A consistent hands catcher with good run after the catch ability, he fit the profile Saints coaches want.

Butler has a real chance to surprise like he has been doing early in the Saints camp. We will see if the surprise is more than just making the active roster.