Saints prove to be resilient, elite despite setbacks 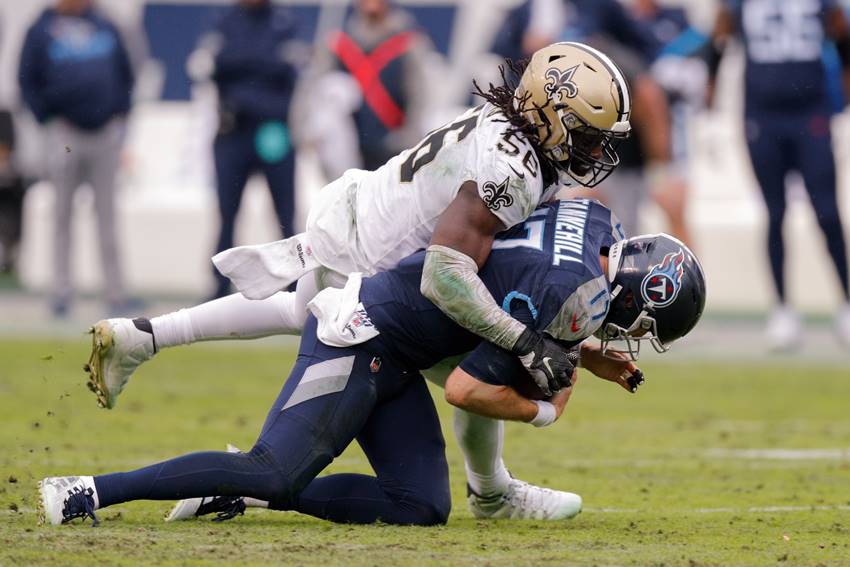 A noted Louisiana high school football coach, who long ago surpassed 200 wins, shared with this reporter a nugget of wisdom after his team, apparently outmatched, had defeated a team of superior ability.

After watching the New Orleans Saints rally on the road Sunday after falling behind 14-0 to defeat the Tennessee Titans, that axiom certainly comes to mind.

As the injuries pile up, so do Saints victories. It is impressive to watch.

In Nashville, the Saints played without both starting guards and a pair of starters on the defensive line. New Orleans had nine penalties by halftime. Shoddy tackling and a blown assignment had allowed two big Tennessee plays for touchdowns.

However, after a 21-point third quarter, the Saints were in control of the game and heading toward their fifth win in their last six games. In that one loss, the Saints were one fourth down stop away from defeating the San Francisco 49ers.

Along with the season-ending injuries, The Saints have had to move forward for a large chunk of the season with running back Alvin Kamara at far less than 100 percent due to knee and ankle injuries.

Kamara’s breakout game against Tennessee – 80 rush yards and two touchdown runs – were a welcomed sight. The scores were his first since he tallied touchdowns twice against Seattle in week three.

The entire Saints receiving corps, not counting do-it-all Taysom Hill but including the amazing Michael Thomas, has scored a total of six touchdowns all season.

Yet, here are the Saints, even after Drew Brees missed five games due to thumb surgery, with 12 wins and a chance to earn homefield advantage in the NFC playoffs for the second straight season.

In New Orleans, it is a plug-and-play team with some notable exceptions. The aforementioned Michael Thomas is finishing perhaps the greatest regular season of any receiver in NFL history.

On Sunday, he broke the all-time record for catches in a season. Capping his day with five receptions in the fourth quarter, Thomas has 145, two more than Marvin Harrison of the Colts in 2002.

Linebacker Demario Davis continued his stellar play with 11 tackles and a sack against the Titans. On the year, he has six run stuffs and 11 passes defensed. That total equals his passes defensed the last four seasons. A Pro bowl snub this week, Davis keeps getting better.

Rookie defensive ack CJ Gardner-Johnson has been the star of the 2019 draft class. His nine tackles and a key fourth quarter forced fumble Sunday were key in the victory.

Tight end Jared Cook, who didn’t have a touchdown reception in September, has 386 of his 577 receiving yards in the last five games. In that stretch, the big free agent addition from the past offseason also has five TD catches.

It must be noted that there’s an excellent chance for surprises in the NFC playoffs. The Vikings, Packers, 49ers, Seahawks and Saints all have at least 10 wins. These are fine football team capable of making a Super Bowl run.

Howver, heading into the final weekend, the fact that New Orleans is still in contention to be the number one seed deserves a Black and Gold star.

The gritty Saints, no matter their seed, will be a tough out.