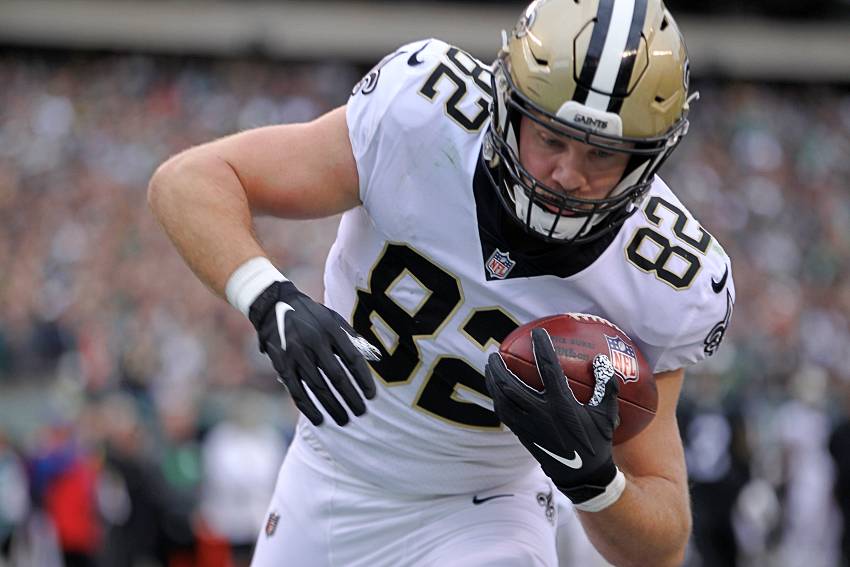 Winning teams in the NFL are usually maintained by their draft picks working out more often than not.

The New Orleans Saints need selections from the previous two years who are now veterans to step up and prove they were worth the investment.

Adam Trautman
The third year prohad just 27 receptions and two touchdowns last season. The 3rd round pick (#105 overall) In 2020 has done well as a blocker but New Orleans needs him to become more productive receiving.

My scouting report on him going into the draft was that Trautman was a prospect with excellent size as an experienced fifth year senior from Dayton. An athlete who gets off the line quickly and into his pass routes, he projected as a threat at tight end. He helped himself with a good week at the Senior Bowl but the jump from the FCS to the NFL has taken some time.

Trautman needs to become more consistent catching the ball in traffic. I don’t think the Saints have given up on him but this is an important season for him if he wants the team to stay committed to him as a first-teamer.

Landon Young
A very tall offensive tackle with great length at 6-foot-7 and 310 pounds, Young is physical with a rugged playing style. He has shown good initial quickness. Sturdy and strong with a wresting background, the Kentucky product has been a productive college starter at left tackle. He was a sixth round pick last year so not a major investment.

A dominant run blocker who will need to improve as a pass blocker, Young held his own playing in one game last season but missed the rest of the season with a foot injury.

Not projected as a starter, Young still must show he can be a reliable backup, perhaps even at multiple positions.

Payton Turner
A first round selection in 2021 from Houston, Turner has shown flashes as a pass rusher and run defender. His problem is the same as it was at Houston: he makes plays when he is on the field but has been injured and missed too much time.

Turner has speed and versatility with great length to play defensive end and defensive tackle. So my report on him held true in his first season as a versatile, talented prospect who will make plays but has a history of injuries through his career.

Turner missed a lot of time in his first Saints season with nagging injuries. He is projected to evolve into a starter sooner than later so the Saints want to see flashes of that talent in 2022.

Cesar Ruiz
Drafted in round 1 of the 2020 draft, the Michigan product has struggled after being moved to right guard from center. Ruiz has struggled at the guard position. Even though he did play guard a bit for the Wolverines. Center was his best position and his performance there made him a first rounder.

Ruiz has size (6-4, 320) and promising athleticism for a big man. The team has not given up on Ruiz but this is an important season. The right guard spot is still his but improvement is a must. He has to be more consistent. He did have some inconsistent games at Michigan

Improvements of note include the need for more first step quickness when going against strong interior defensive lineman In the NFL. Ruiz Is not a mauler so speed and technique must be his calling cards.