Saints move to incorporate black helmet conjures up memories of 1969 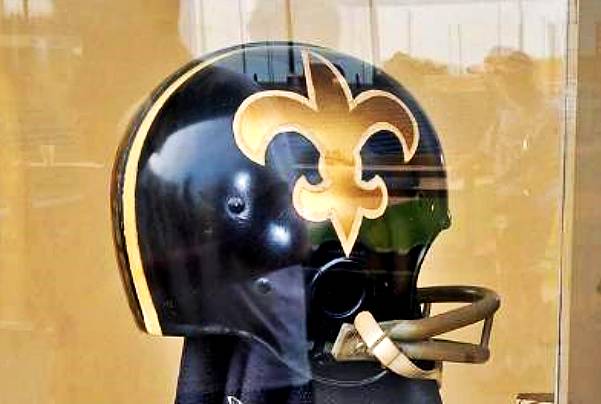 So the new look for at least one 2022 game, possibly more, for the New Orleans Saints will be a black helmet.

The Saints wore a black helmet in the preseason of 1969 and in a preseason scrimmage as well.

Team owner John Mecom Jr., who had not yet 30, had much to learn.

Mecom decided he wanted to give his team a new look in 1969.

The black helmet was unveiled.

Fan response to the new look was mixed, at best, and the lack of approval from the league sealed the deal.

The black helmet was history.

We have displayed a black helmet, a rarity, in the Saints Hall of Fame Museum since the museum, which is temporarily closed for relocation, opened in 1988 in Rivertown, Kenner. It is an ultimate collector’s item. 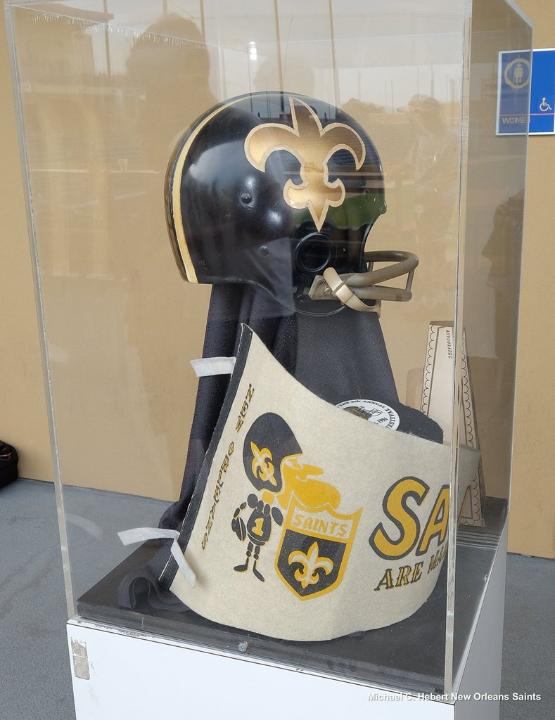 Stuck with new black helmets which the Saints could not and would not use again, Mecom shipped the helmets to the Richmond Roadrunners, then considered a development team for the Saints, for them to use. Richmond was coached by J.D. Roberts, whom Mecom would hire as his head coach to replace Tom Fears in 1970.

The Saints returned to the familiar gold helmet look immediately.

The black helmet look was gone.

A New Orleans Saints pennant marketed and sold in 1969 had Sir Saint wearing a black helmet, no less, another collector’s item and another indication that Mecom planned to have his team wear the helmet that year.

For years, collectors have offered black and even white New Orleans Saints helmets for auction.

Having been part of some of those events through the Saints Hall of Fame, those items have proven to be popular with fans.

Now, fans will get a look at something different for the first time in 53 years.

Merchandising for the Saints figures to get a nice boost in 2022, as a result of the new headgear.