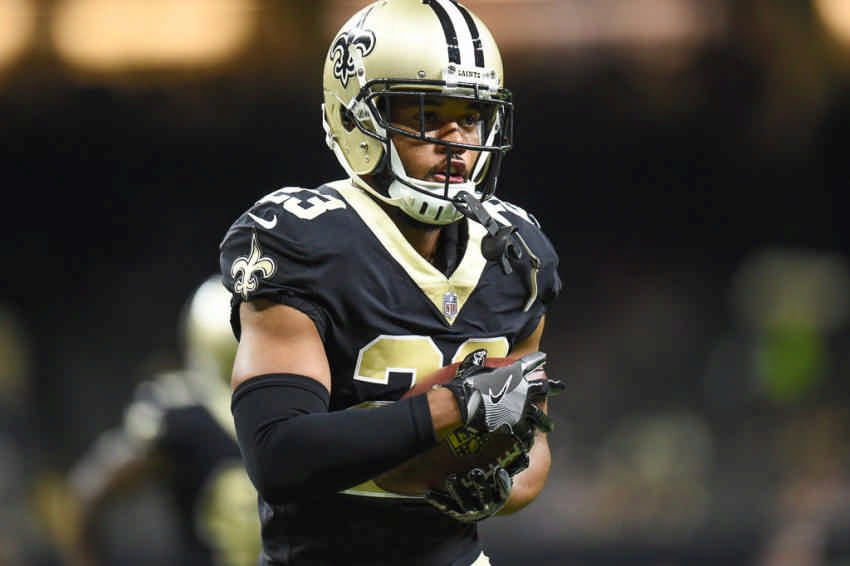 The Saints will be short-handed to some degree Sunday at Carolina.

The full extent of it is still unclear.

Alexander and Davenport will be out at least the next three games.

With Davenport sidelined, the Saints could be short-handed at defensive end as well. Tanoh Kpassagnon (calf) is questionable.

He’s probably going to be one of those guys that’s a gametime decision,” explained Saints head coach Sean Payton regarding Lattimore. “He’s moving around well, he’s in shape, just a matter of the type of injury each person has and what position he is playing.”

The Saints will be short on linebackers rookie Pete Werner and Chase Hansen declared out this week. Starting center Erik McCoy is also out.

The quarantined assistants have still participated in team Zoom meetings while other lower-level assistants including former Saints standouts Jermon Bushrod and Zach Strief have helped with more hands-on duties.

As for the Panthers, a full roster is expected to be available for the NFC South squad as they look to start the season 2-0 at home.

Have you made a decision where you are going to practice next week?
“Yes, from a scheduling standpoint, our plan is to return here next week, leave early then for New England and then back to New Orleans after the Patriots game. The New England trip is a little further. We will be leaving Friday p.m. for New England, get a little walk-thru in there, then on Sunday after New England fly into New Orleans, that’s the current play.

What has Joe Brady impressed you about what he’s done in Charlotte?
“He’s real sharp. Number one he’s a real good friend, someone that worked real hard for us. It’s great to see guys receive their opportunities. As a head coach, you want to see that for guys that work for you, whether it’s Joe…I could go on and on…Dan Campbell or Aaron Glenn. It’s great to see these guys advance. I think he’s real sharp. I know he watches a ton of film and puts his players in the best position he thinks each week. They had a good win last week.”

How has Bradley Roby fit in so far?
“Good. He’s in shape. In his situation he’s coming from training camp, actively being involved in football. Very quickly he has become acclimated and is doing well.”

How has the week gone being down a couple coaches?
“You adjust real quickly. You figure out how you’re going to meet. It’s gone smooth. It’s not always what you’re used to and yet those guys are zooming in the meetings, they’re zooming in the evening meetings as we put in offense last night. It went a little later and the number one things is they are getting rested and healthy. That’s the number one thing. They’re testing every day. In the meantime, there are others here putting in additional work. We’re meeting more collectively than we are all broken up into our groups. I think overall it’s gone as well as can be expected.”

Is there any shot they return on Sunday?
“Nothing official. We leave obviously for the weekend. I’m going to say what I think would have to happen and I think there’s a chance it could happen. They always take a test today, an extensive test today. We always get the results back in the evening. If today is negative, then tomorrow morning’s test, which is a rapid result test is negative, they would be able to (travel). They need to go two for two in the next two days in order to make that Saturday flight and we don’t receive today’s results until later on.”

How do you go through a process looking at Marshon Lattimore’s condition?
“It’s more to do with the actual injury. If you go back through the injury, what’s the history itself. We’ll see how he does today. He’s probably going to be one of those guys that’s a gametime decision. He’s moving around well, he’s in shape, just a matter of the type of injury each person has and what position he is playing.”
How have you seen Payton Turner respond after missing part of training camp?

“He’s doing well. We’re anxious to see his progress. It’s good to see him getting closer to 100 percent. Hopefully he’s someone that can help us in this game.”
Talk about Jermon Bushrod and Sterling Moore helping during training camp and how their roles have evolved?
“Yes, but let me tell you, Jermon came in, he’s worked with the coaches, he’s worked with our scouting. He’s been in each phase of it. So now he’s helped us with coaching, he’s a really, really bright guy. He knows us. There’s a couple guys stepping up into roles because of our situations with the offensive coaches, he just brings a lot of knowledge and a lot of poise. There’s a demeanor he has that’s special. It’s the same demeanor he had as a player. I’ll be honest with you, it’s so good to have him back in the building. As long as I’m here and Mickey’s here, there will be work for Jermon Bushrod. It’s just a matter of him in the long-term, sorting through…When you move back into football after being away a bit, sometimes it’s not unusual, to see if you want to get into scouting, personnel or coaching. There are a few different avenues. Whichever one he chooses, he’s going to have success in.