After coaching run that brought the New Orleans Saints to their greatest heights, Sean Payton has decided to step down after 15 seasons as head coach.

Sean Payton is retiring, per source

Sources: Sean Payton has informed the #Saints that he’s stepping away.

The Saints scheduled a 3 p.m. press conference where Payton made his plans official.

The 58-year old Payton has compiled a 158-89 regular season record (.631) with a 9-8 postseason mark with New Orleans since taking the job in 2006. He led the Saints to victory in Super Bowl XLIV. Payton did not coach during the 2012 season to due a suspension by the NFL stemming from the Bountygate scandal.

Payton’s replacement may come off of his coaching staff. Defensive coordinator Dennis Allen, the former Raiders head coach, is a potential favorite for the position.

Allen and Lions defensive coordinator Aaron Glenn, a former Saints assistant, are reportedly expected to to interview with the Saints.

New Orleans finished this past season with a 9-8 record, just missing the postseason.

The New Orleans Saints today announced that Sean Payton will step down from his role as head coach after 16 seasons.

“On behalf of our entire organization, I have the highest appreciation for what Sean Payton has meant to the New Orleans Saints since 2006,” said Saints Owner Gayle Benson. “Sean came to New Orleans during what was a difficult time for our organization, as well as the entire Gulf South region following Hurricane Katrina. Under his leadership, Sean helped lead this football team to new heights with easily its most successful period, showing what can be accomplished with a combination of vision, hard work, leadership of his coaching staff and players. We are grateful for everything Sean has given to this organization and this city and I give my best wishes to him and his lovely wife Skylene in the future.”

“For the past 16 years, Sean Payton has had a phenomenal impact on the New Orleans Saints organization and the entire Gulf South region,” said Saints President Dennis Lauscha. “On top of being an outstanding football coach who brought stability and prosperity to our football team, Sean brought our region many great memories and inspiration, especially at a time early on when our community needed a big lift. His contributions reached everyone in this building as he helped our organization move forward from every perspective. We are grateful for all of Sean’s contributions and wish him well.”

“I would like to thank Sean for everything he has done for New Orleans and for the New Orleans Saints over the past 16 years, as he been a spectacular head coach” said Saints Executive Vice President/General Manager Mickey Loomis. “When Mr. Benson, Mrs. Benson and I looked for a head coach in 2006, more than anything we were looking to build sustained success for the long-term. We felt that Sean had the abilities and traits to build this program towards that. On top of all of the on-field success and the Super Bowl Championship that Sean brought to New Orleans, Sean built a culture with this football team and organization that has changed the trajectory of this franchise. Sean is also a great friend and confidant. I want to thank Sean for how he gave his heart and soul to this franchise and to this city. We wish him all the best.”

Immediately upon being hired by the Saints on January 18, 2006, Payton collaborated with Loomis to rework a team that had finished 3-13 in 2005. Buoyed by the signing of QB Drew Brees and a slew of shrewd signings, trades and draft picks, the Saints found immediate success under Payton’s leadership, finishing 10-6, ranked first in the NFL in total offense, capturing the franchise’s first NFC South division title and advancing to the NFC Championship game for the first time. When the 2006 season came to a close, Payton was voted as the consensus NFL Coach of the Year by the Associated Press and several other media outlets.

Three seasons later as Payton continued to build up a football team where young players continued to develop mixed with contributors acquired through free agency and trades, the Saints would reach the National Football League’s pinnacle as a he guided them to a 13-0 start en route to capturing the Super Bowl XLIV title with a 31-17 win over the Indianapolis Colts in South Florida. Payton was once again named as the top head coach in the NFL by numerous media outlets and recognized football chapters.

Most recently, Payton with an emphasis on leadership, teaching and development, ushered in a current period where the Saints are only one of two franchises to have five consecutive winning seasons. New Orleans won four consecutive NFC South titles from 2017-20, including two straight 13-win seasons (2018-20) and advanced to their third NFC Championship game in the 2018 campaign.

Serving as the team’s offensive play-caller, Payton presided over an offense that led the league in net yards per game in 2006, 2008, 2009, 2011, 2014 and 2016, the only six times the Saints have led the league in offense and first in scoring in 2008 and 2009. Ranking in the top ten offensively for 14 consecutive seasons starting with Payton’s arrival in 2006, the Saints had the third-longest streak (14 seasons) in the NFL since the 1970 AFL-NFL merger. Defensively, New Orleans finished in the top five three times under Payton’s leadership. Payton has also sent a total of 68 selections to the Pro Bowl. 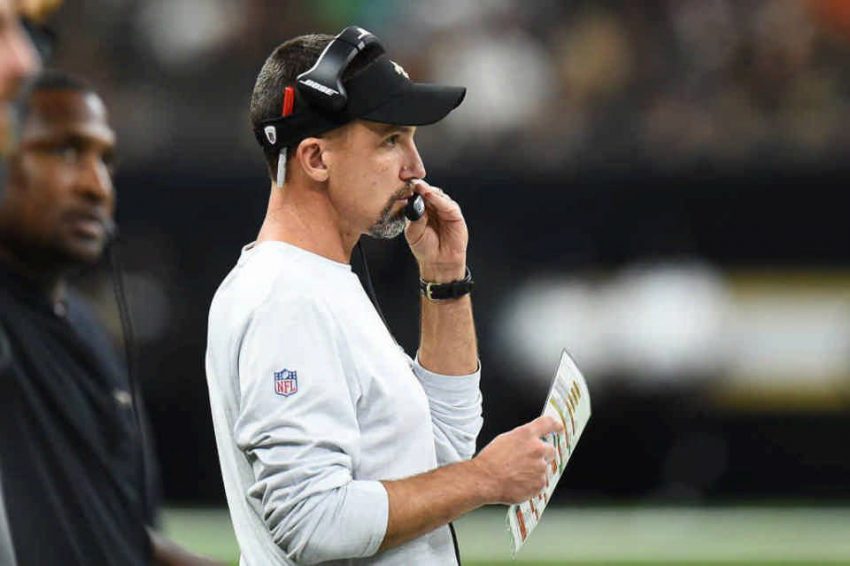