Saints have holes to fill with NFL Draft 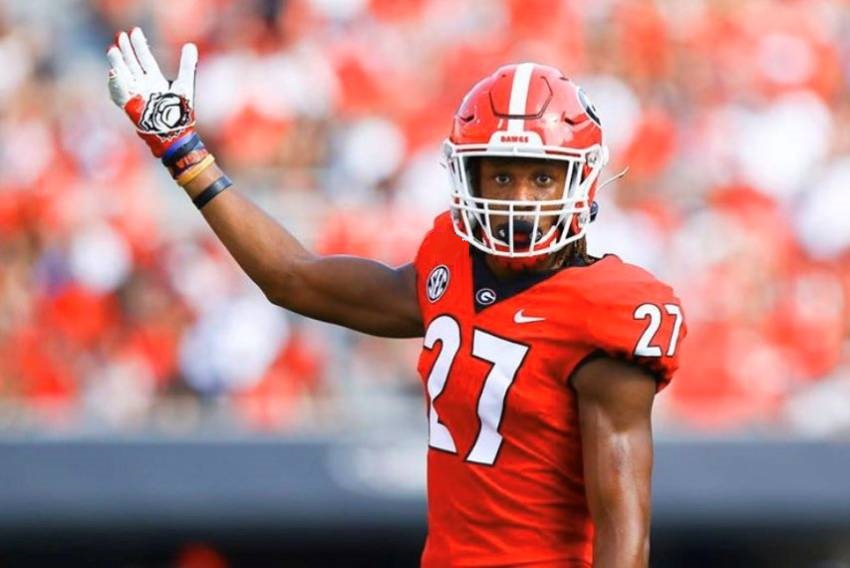 Now that the offseason has taken shape as expected and the New Orleans Saints have had to cut loose key pieces of their roster to manage the salary cap, the team approaches the 2021 NFL Draft looking for help to fill those gaps.

Defensive tackle with the losses of Malcom Brown and Sheldon Rankins may also be addressed early in the draft. Christian Barmore (6-5, 310, 5.18) from Alabama and Levi Onwuzurike (6-3, 290 5.10) from Washington would fit.

At linebacker, the departures of Kwon Alexander due to injury and Alex Anzalone to free agency mean there is no one beyond Demario Davis who slots obviously into the starting lineup. Tulsa’s Zaven Collins (6-4, 260, 4.76) and Missouri’s Nick Bolton (6-0, 233, 4.68) may get a look.

At wide receiver where the team lost Emmanuel Sanders to free agency, three SEC products could make sense. Kadarius Toney (6-0, 192, 4.45) of Florida, Terrace Marshall (6-3, 200, 4.55) of LSU and Elijah Moore (5-9, 178, 4.35) from Ole Miss bring different traits to the table depending on how the Saints rate them and what exactly they are seeking to fit their system and depth chart.

The Saints did maintain essentially their projected offensive line and running backs. Plus, the team brought in a big run blocking tight end in Nick Vannett, who is huge at 265 pounds, and a run blocking fullback, Alex Armah. This tells me they expect to run the ball more in the upcoming season to help the two quarterbacks – Jameis Winston and Taysom Hill – in line to replace Drew Brees.

A big loss was pass rusher Trey Hendrickson, who led the team in sacks. Marcus Davenport needs to step up and he has shown flashes but the concept of availability is much more in doubt than ability with the former first round pick. Davenport has the talent but needs to stay healthy. With Cam Jordan, Carl Granderson and Noah Spence returning, they may be okay on the edge but I would not be surprised if the Saints still pick a defensive end, even early in the draft.

The upcoming draft where the Saints currently have eight selections will be very important to the future of the team as a contender.