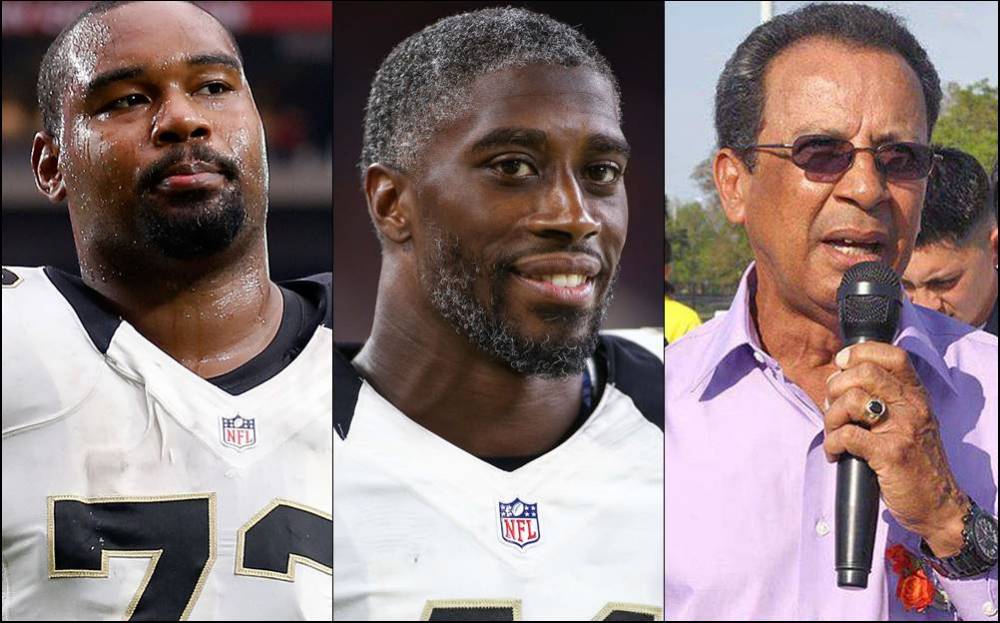 Following a one-year hiatus, the 32nd Annual Saints Hall of Fame Induction Luncheon is now set for Friday, November 5 at noon at the Jefferson-Orleans North on 2600 Edenborn Ave. in Metairie.

The trio were chosen by the Saints Hall of Fame Media Selection Committee in 2020 but the induction was delayed by the emergence of the COVID-19 pandemic.

A fourth-round draft choice out of Bloomsburg in 2006, Evans is a unanimous selection for induction. Evans was part of the renaissance of the Saints as the Sean Payton regime began in 2006.

Evans played on five playoff teams for the Saints and was a prominent player on the Super Bowl XLIV championship team.

A second-round draft choice out of Alabama in 2006, Harper, like Evans, was an integral part of turning the Saints into a consistent winner and Super Bowl champion.

Harper was part of five playoff teams and earned Pro Bowl honors in 2009 and 2010.

Garcia started New Orleans Saints broadcasts in Spanish in 1996 and continued as the Hispanic play-by-play voice of the franchise on radio from 1996-2019.

Garcia connected with and helped build and expand a new audience for New Orleans Saints football.

Garcia managed to stay true to his duties during a very difficult time for his family with the loss of his son on the eve of the Saints Super Bowl run in the 2009 season.

For all information related to the Saints Hall of Fame, visit saintshalloffame.com.