Saints don’t get enough help for the No. 1 seed, but the main thing is the way they took care of their business 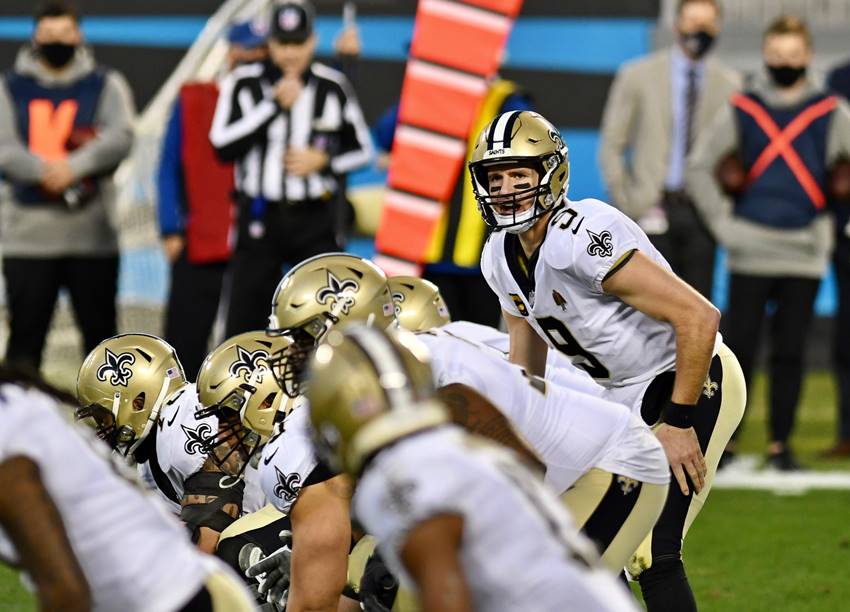 The scenario for the New Orleans Saints to get the No. 1 seed and the only first-round bye in the NFC playoffs was simple but difficult to achieve going into Week 17.

Three games would have an impact on the Saints’ future. All three had to go their way in order for them to ascend from No. 2 to No. 1.

They had to win at Carolina, Seattle had to beat San Francisco and Chicago had to beat Green Bay.

So the Saints had to adjust on the fly, prepare to play short-handed but they were still strong favorites.

It’s 3:25 p.m. Sunday and all three games kick off simultaneously.

It’s less than 10 minutes later and the afternoon starts well for New Orleans.

Drew Brees throws a touchdown pass to Jared Cook for a 7-0 lead and the Bears take a 7-0 lead on the Packers.

The Panthers tie the Saints, but the Seahawks kick a field goal to break a scoreless tie with the 49ers.

The Packers tie the Bears, but the Bears answer with a field goal for a 10-7 lead.

The Seahawks increase their lead to 6-0 and the Saints stop a Panthers drive when Malcolm Jenkins intercepts Teddy Bridgewater in the end zone.

The Saints break their tie with a touchdown, but Wil Lutz misses the extra point

The Packers are threatening to take control as they increase their lead to 21-10, but the Saints get a big fourth-down stop.

The Niners kick a field goal to get within 6-3 at halftime. What’s wrong with the Seahawks?

Lutz bounces back to kick as 33-yard field goal as time expires and the Saints lead 16-7 at halftime.

The Bears make it a one-score game by kicking a field goal with three seconds left to get within 21-13 at halftime.

All three games have reached intermission.

The Saints are wearing down the Panthers, the Seahawks are struggling but leading and the Bears are hanging tough.

Everything is still very much in play as we go to the second half.

The Niners kick a field goal to tie the still-sleepwalking Seahawks at six.

Lutz kicks another field goal and the Saints are starting to get a little breathing room with a 19-7 lead.

The Saints defense makes another big play as Grant Haley, fresh off the practice roster, makes an end-zone interception. The Panthers aren’t going to be the ones to mess this up.

The Niners kick a field goal and take a 9-6 lead, but this isn’t going to matter unless the Bears come back to win.

The Bears kick a field goal to get within 21-16 and they force a Packers punt. Maybe the Seahawks are going to be a bigger concern than the Bears.

Marcus Lattimore makes another interception for the Saints, Taysom Hill runs for a touchdown and New Orleans is rolling.

The Niners score the first touchdown in their game and they have a 16-6 lead over the Seahawks. What in the Wide, Wide World of Sports is going on around here?

The Saints game is the last of the three to go the fourth quarter.

New Orleans is in good shape, but it’s going to need a pair of fourth-quarter comebacks to pull this off.

The two-score deficit seems to wake up the Seahawks as they drive to their first touchdown, but they miss the extra point and still trail by more than a field goal at 16-12.

The Bears reach the Packers 25 and Brees throws a touchdown pass to Austin Carr. The Saints lead 33-7 and it’s time to think about pulling Brees.

The Bears’ bid to take the lead fails as Mitchell Trubisky throws an incompletion on fourth and one, but the rejuvenated Seahawks will have a chance to drive to a lead after forcing a punt.

Aaron Jones runs four yards for a Packers touchdown and the Bears’ chances are fading with a 28-16 deficit as the Seahawks are driving.

Russell Wilson throws a four-yard touchdown on fourth down and the Seahawks lead 19-16, but what about the Bears?

Trubisky throws an interception and the Bears are about done as P.J. Williams makes another interception for the Saints.

The Seahawks go up two scores, but it doesn’t matter anywhere.

The Saints will host the Bears at 3:40 p.m. next Sunday in the Mercedes-Benz Superdome.

The odds were against the Saints hitting this trifecta, but the exercise still was meaningful.

The playoffs are about taking care of your own business. No one else can help you the way the Seahawks helped the Saints on Sunday or the way the Bears failed to help them.

The Packers took care of their business on Sunday. They earned the No. 1 seed.

The Saints took care of their business and earned the No. 2 seed.

No Kamara, no Latavius Murray, no Michael Thomas once again.

The team that wins the Super Bowl will be the one that takes care of its own business best in the post-season.