Saints did good and bad and move on to Green Bay 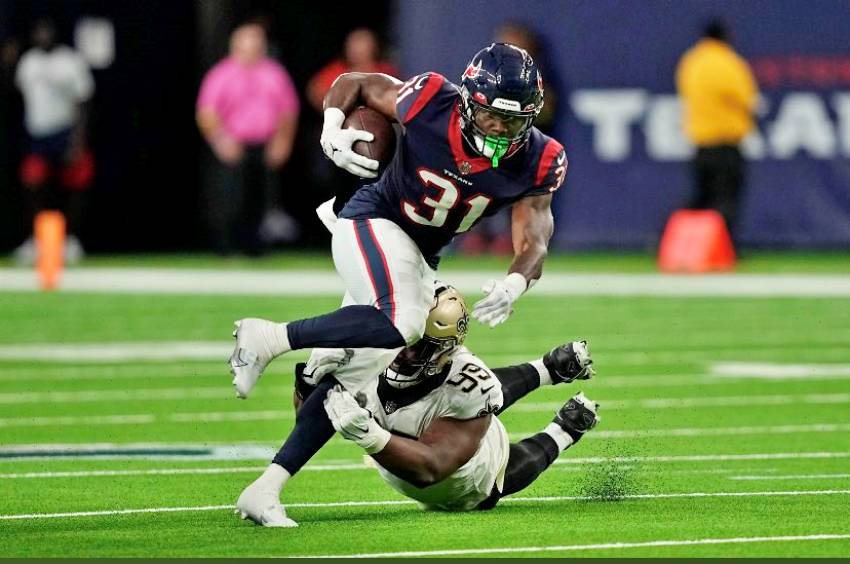 It was a 17-13 score against the Texans in Houston.

Now it’s on to Green Bay for practices against the Packers on Tuesday and Wednesday, then preseason game No. 2 on Friday.

It’s August and NFL teams are doing stuff to get ready for September.

They did some good stuff and some not-so-good stuff – as expected – as they prepare for the start of the season.

The Saints should have won the game Saturday. They were in position to do so. But rookie undrafted free agent Abram Smith lost a fumble at the Texans’ 2-yard line as the Saints were poised to take a 20-10 lead in the final minutes.

After a Brian Allen interception for the Saints and a punt by the Saints, the Texans drove 90 yards to the winning touchdown.

Yeah, winning is better than losing. Squandering a lead late in the fourth quarter isn’t great.

But the weird thing about preseason games is that when the game is on the line in the final minutes the outcome is in the hands of the least important players on the roster, almost exclusively players that won’t be on the field when real games are decided.

But here’s some stuff that might be worth remembering:

The first three possessions of the game were nearly flawless for the Saints.

The defense had a three-and-out to start the game.

Dalton timed and threw the pass expertly, the offensive line blocked it flawlessly and Washington followed his blockers and scored easily.

After Dalton completed all five of his pass attempts for 51 yards, you kind of expected him to grab a baseball cap and a bag of sunflower seeds and go relax on the bench the way Drew Brees used to after starting a preseason game with a similarly impressive touchdown drive.

And Dalton, starting in place of Jameis Winston, who has a foot injury, was done for the evening.

The drop-off from the No. 1s to the No. 2s was immediately evident when Ian Book replaced Dalton and his second pass, to backup tight end Juwon Johnson, sailed high, bounced off Johnson’s hands and was intercepted.

The Texans committed offensive pass interference on the ensuing play and gained a single yard on two plays before a 12-yard pass completion on third-and-19 helped set up a 49-yard field goal.

Then Book mishandled a snap and the lost fumble preceded a Texans touchdown that gave them a 10-7 lead.

Chase Hansen’s interception off a tipped pass from Texans backup Jeff Driskil and 44-yard return preceded a 23-yard field goal by Wil Lutz that produced a 10-all halftime tie.

The first half provided some reminders.

Paulson Adebo made a couple of impressive plays on the first two possessions, reinforcing the training-camp notion that the cornerback seems poised to be even better this season than he was in a very good rookie season in 2021.

It was interesting that Dwayne Washington was the workhorse running back in the early going.

He’s a strong candidate to make the team strictly based on his proven special-teams ability, but he has proven to be a capable backup running back and spoke this week about his increased confidence in being a contributor to the run game.

Tony Jones Jr. also got a lot of opportunities to carry the football and was effective just as he was last preseason.

The Saints’ top two running backs are Alvin Kamara and Mark Ingram II, but the competition to join that group on the regular-season roster is crowded and also includes Devine Ozigbo and Smith, whose fumble was a red flag.

But the final outcome wasn’t a red flag.

It was just another step on the way to opening day.