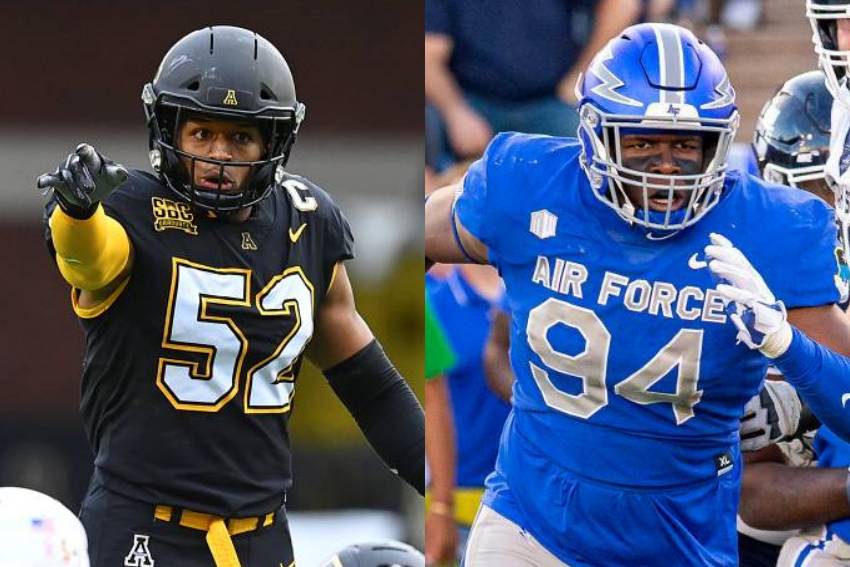 The New Orleans Saints hope the final day of the 2022 NFL Draft results in a couple of action Jacksons boosting their already strong defense.

With their first pick of the day in the fifth round, the Black & Gold tabbed Appalachian State linebacker D’Marco Jackson at No. 161 overall.

The speedy All-American comes off of a tremndous final college season as redshirt senior. He became the only FBS player since the turn of the century to compile at least 120 tackles, 19 tackles for loss, six sacks and six passes defensed in a single season. Jackson earned Sun Belt Defensive Player of the Year recognition for his efforts.

The 6-foot, 233 pounder in his career totalled 296 tackles, 34.0 tackles for loss, 11.5 sacks, three interceptions, 14 PBUs, one fumble recovery, one forced fumble and one touchdown on the return of a blocked punt.

Although he played inside at a high level for the Mountaineers, Jackson could get looks as a weakside linebacker with New Orleans.

NFL.com: Jackson’s freestyling, downhill approach produced a spike in overall production in 2021, but also led to missed run fits and big plays for the running game. He has some talent at slipping blocks but it is usually lights out once blockers get their hands on him. His pursuit speed, combined with a lack of desired instincts, could necessitate a move to 4-3 Will linebacker, where his coverage potential and special-teams ability might land him a backup gig.

Jackson will compete for snaps behind starters Demario Davis and Pete Werner.

In the sixth round of the 2022 NFL Draft, the Saints added competition at defensive tackle with the selection of Air Force’s Jordan Jackson at 194th overall.

The 6-4, 194 pounder had a career-best 7.5 sacks in his final season with the Falcons. He started in three of the past four season, missing 2020 due to shoulder surgery.

Another elite athlete at his position, Jackson is lauded by scouts for his quick first step off the snap.

His versatility means he could see snaps at defensive end.

NFL.com: High-motor tweener with some intriguing physical traits, but a lack of consistency at both defensive end and defensive tackle. Jackson is at his best when he’s chasing down the line or attacking the pocket with a secondary rush fueled by hustle. His lean lower half and lack of knee-bend might always be culprits in holding the point of attack, but his snap quickness gives him a shot in a one-gapping scheme. Lateral quickness and active hands give him some life as an interior rusher, but he needs to upgrade his skill set if he wants to become more than a practice squad candidate.

In total, the Saints made five choces in the 2022 draft.