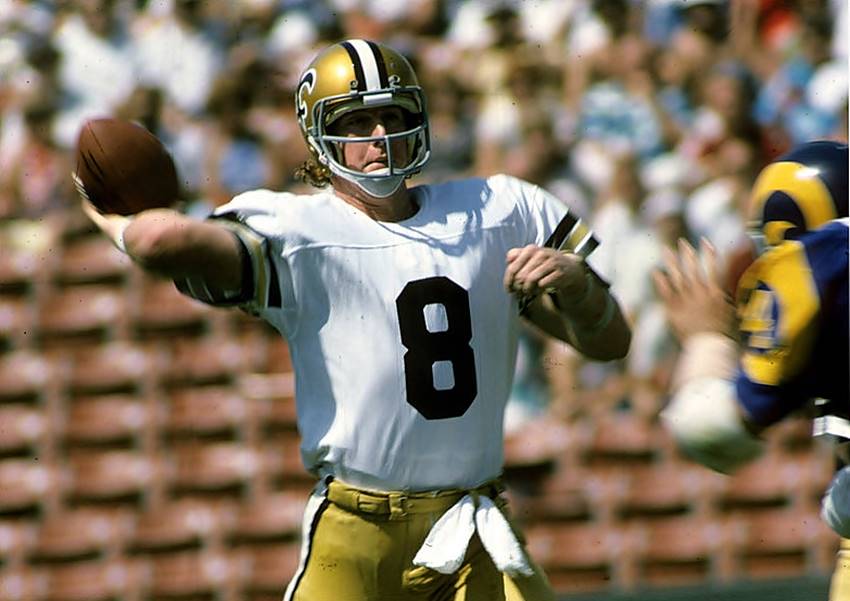 Which direction should the Saints go with the 24th pick of the NFL Draft, which begins Thursday in living rooms and basements across America?

Regardless, there’s a strong chance that Sean Payton and Mickey Loomis will extend a trend that pre-dates them and carries on not just longer than any other NFL franchise, but for half of the league’s history.

If the Saints do not select a quarterback Thursday night, it will mark the 49th consecutive year New Orleans has not taken a QB in the first round.

The Saints have not spent a No. 1 pick on draft day on a signal caller since January 1971, when it chose Archie Manning with the second overall pick. (It did use a No. 1 pick in the 1981 supplemental draft on Dave Wilson, but even if you technically count that pick, it is still the longest streak in the NFL.)

SInce then, the Saints have mostly made good moves at quarterback – signing Bobby Hebert out of the USFL, trading for Aaron Brooks and, of course, scooping up Drew Brees in free agency.

How crazy is the Saints’ streak? Heading into Thursday night’s opening round, 17 of the 32 NFL teams used at least one first-round pick on a quarterback in the last six years and all but four teams have gone for a signal-caller in the first round since 2003.

Here’s the chronological list of the last time teams spent a traditional first-round pick on a quarterback: