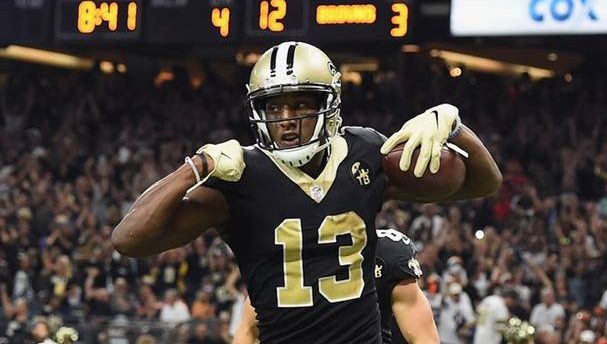 It is a position watched by everyone.

Wide receiver plays such an important role to any NFL team that wants to be successful.

Despite not having great speed, Thomas is capable of getting over the top on occasion and more than capable of yards after the catch frequently, as we have seen.

All Thomas has done is to lead the NFL in receptions for two straight seasons and he broke the NFL record for the most receptions in a single season in 2019 with 149 while leading the NFL with 1,725 yards receiving and in receiving yards per game (107.8). He has gone over 1,100 yards receiving in each of his four seasons, catching 470 passes for 5,512 yards and 32 touchdowns.

Thomas was named NFL Offensive Player of the Year in 2019.

Thomas has been targeted 602 times with 470 catches, an amazing 78 percent success rate, easily best in the league for the number of catches he has made.

Thomas has the most catches in his first four seasons in NFL history. 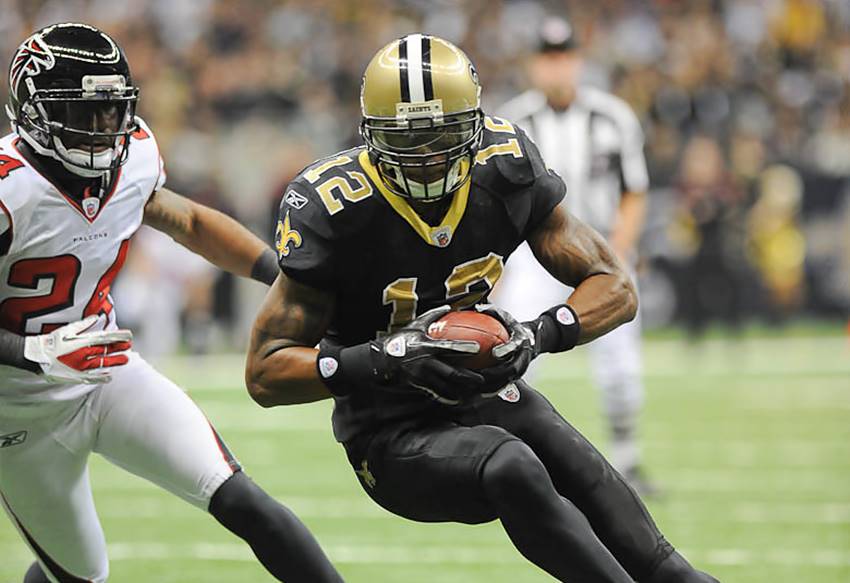 Incredibly, the man known to many as “The Quiet Storm” never earned Pro Bowl honors, largely because he never drew attention to himself. He just did his job brilliantly, consistently, over the course of 10 years with the Saints.

Colston was huge as part of five playoff teams in New Orleans, including winning Super Bowl XLIV in 2009.

In all, Colston finished his brilliant career with 711 catches for 9,759 yards and 72 touchdowns, all the most in New Orleans Saints history.

Colston was named to the NFL All-Rookie team in 2006, helping the Saints reach the NFC championship game.

Colston was inducted into the Saints Hall of Fame in 2019.

Unlike Colston, Joe Horn drew attention to himself with regularity but he backed it up with his play on the field.

He made his mark immediately in his first season (2000), helping lead the Saints to a division title and the first playoff victory in franchise history, catching 94 passes for 1,340 yards and eight touchdowns.

Horn was inducted into the Saints Hall of Fame in 2010.

Eric Martin was an afterthought, a seventh-round draft pick out of LSU in 1985 by the Saints.

He was not an afterthought for long.

Martin was big, strong, tough, had great hands and was fearless, running inside routes all the time, willing to take big hits while holding on the ball with regularity.

Martin did it with the speed of a quick tight end, lacking the speed to get by anyone. He more than made up for it with his continuous excellence.

Martin was a big part of the first winning season and playoff season ever in 1987 and was part of four playoff teams with the Saints.

Martin ranks second all-time in Saints history in receptions with 532, ranks second in receiving yards with 7, 854is seventh in touchdowns with 48.

Martin played in 153 games. He made the Pro Bowl in 1988 when he caught a career high 85 catches for 1,087 yards and seven touchdowns. Martin went over 1,000 yards receiving in three of his nine seasons. Remarkably, he never missed a game.

Martin was inducted into the Saints Hall of Fame in 1999.

Speaking of afterthoughts, Lance Moore was not even drafted. He was signed by the Cleveland Browns and released in 2005. The New Orleans Saints were wise to pick him up. Make that very wise.

He became the best slot receiver in franchise history, understanding how to work inside of bigger, stronger, faster receivers on the outside.

Moore understood how to find dead spots in zone and how to make a move to create space against man coverage. He earned the trust of Drew Brees quickly. Moore had great hands.

Moore recorded 50 more catches in four different seasons. He had 1,041 yards receiving in 2012.

Moore finished with 346 catches 4,281 yards and 38 touchdowns. He also rushed for score and his 39 touchdowns rank ninth in franchise history. Moore is fifth in Saints history in receptions and seventh in receiving yards.

Moore was a big part of the Super Bowl XLIV championship in the 2009 season, recording a memorable 2-point conversion in the 31-17 win over the Colts in Miami, a great catch.

Moore played in six playoff games with New Orleans and had 13 catches for 132 yards and a touchdown.

Moore was inducted into the Saints Hall of Fame in 2018.

Moore was fifth in the league in touchdown catches in 2008 with 10.

Danny Abramowicz was another major afterthought, a 17th-round draft pick out of Xavier of Ohio in 1967. The Saints were going to cut him but Abramowicz refused to leave, demanding a chance from head coach Tom Fears. He got it. He took full advantage of it.

Abramowicz had six outstanding seasons and started a seventh season in New Orleans before being traded.

Abramowicz earned a starting position and never missed a game in his first five seasons. He would miss only one game with the Saints.

Abramowicz led the NFL in receptions in 1969 with 73. He has 1,015 yards, third in the NFL, and seven touchdowns, seventh in the league in that memorable season in which he was named first team All-Pro.

Abramowicz was inducted into the Saints Hall of Fame in 1988.

Devery Henderson was a second-round pick out of LSU in 2004. The former Opelousas High sat in all but one game in his rookie season, began to make his mark in 2005 and blossomed after the arrival of Sean Payton in 2006.

Henderson twice led the NFL in yards per reception, both in 2006 and 2008. The truest of deep threats, Henderson averaged 17.9 yards per catch in his career.

Henderson was also a good blocker who helped the running game for his time with the Saints.

He was part of a division champion in 1991 and a pair of playoff teams.

Early was very consistent with 270 catches for 3,758 yards and 25 touchdowns.

Wes Chandler was a shining star for a short time.

Chandler was a first-round pick out of Florida, the third overall pick, in 1978.

He played like it for Dick Nolan, making the Pro Bowl in 1979.

Chandler played in all 52 games that he was with the Saints, never missing a game.

After a promising rookie season, Chandler had his breakout season in 1979, catching 65 passes for 1,069 yards and six touchdowns, including an 85-yard touchdown catch, the longest of the season in the NFL.

Chandler also returned 45 punts for the Saints, along with 39 kickoffs.

Chandler played in four games for the Saints in 1981 before Bum Phillips made a terrible move and traded him to San Diego, where he went on to in receiving yards in 1982, making first team All-Pro and made three Pro Bowls with the Chargers.

Chandler finished with 182 catches for 2,801 yards and 15 touchdowns in his brief time with the Saints.

Robert Meachem was an outstanding deep threat for the Saints in six seasons and he was part of a Super Bowl championship team in New Orleans.

A first-round pick (27th overall) in 2007, Meachem played on four playoff teams for the Saints.

Meachem played in eight playoff games with the Saints, catching 17 passes for 293 yards and a touchdown.