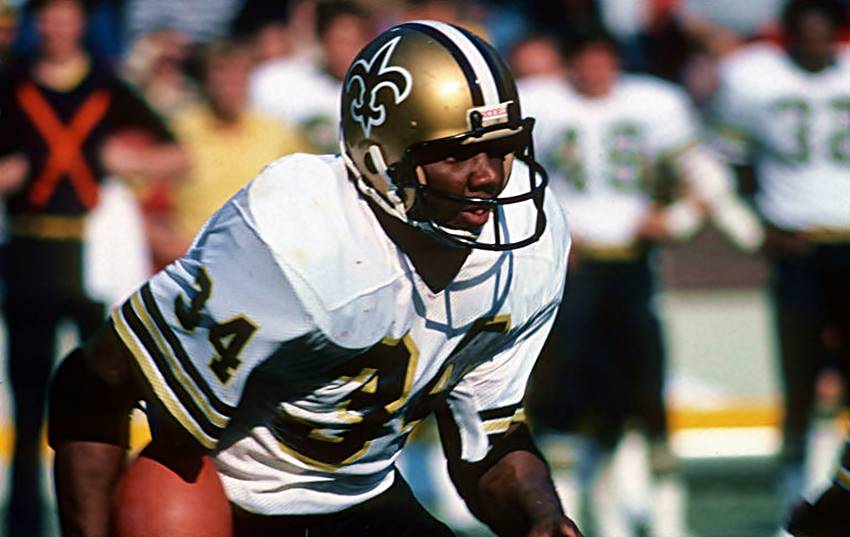 The fullback position has evolved throughout pro football history.

Originally, the concept of split backs sort of defined the position, as was the case in the early New Orleans Saints with Tony Baker serving as the fullback and Andy Livingston as the running back as both were outstanding in 1969.

Then, the I-formation came into vogue, even the single back formation where a fullback could be utilized in many ways.

Eventually, fullbacks became lead blockers in short yardage situations, receivers leaking out of the backfield and even the guy called upon to get the tough yard on a conversion down.

The New Orleans Saints have featured a host of good fullbacks, different types, over the years.

When it comes to picking the top five, Baker, Mike Karney and Lorenzo Neal were deserving of consideration. Ultimately, we arrived at five versatile players, led by one who was simply superb.

Tony Galbreath is the only fullback in franchise history to be inducted into the Saints Hall of Fame, inducted in 1991. Galbreath was part of the outstanding tandem known as “thunder and lightning,” the thunder part of the equation with Chuck Muncie serving the lightning role.

Galbreath was simply brilliant in his five seasons with the Saints, playing in 75 games, starting 62. As a complete player, Galbreath was a fine lead blocker for Muncie. As a runner, he was as nimble as a smaller running back, despite weighing 230 pounds. Galbreath rushed 760 times for 2,865 yards and 27 touchdowns. He was a terrific receiver with 284 catches for 2,221 yards and six touchdowns. He was second in the NFL with 74 catches in 1978. He returned 26 kickoffs and two punts.

Galbreath was traded to Minnesota after the 1980 season after a new regime took over in New Orleans and he went on to play 12 years in the NFL. 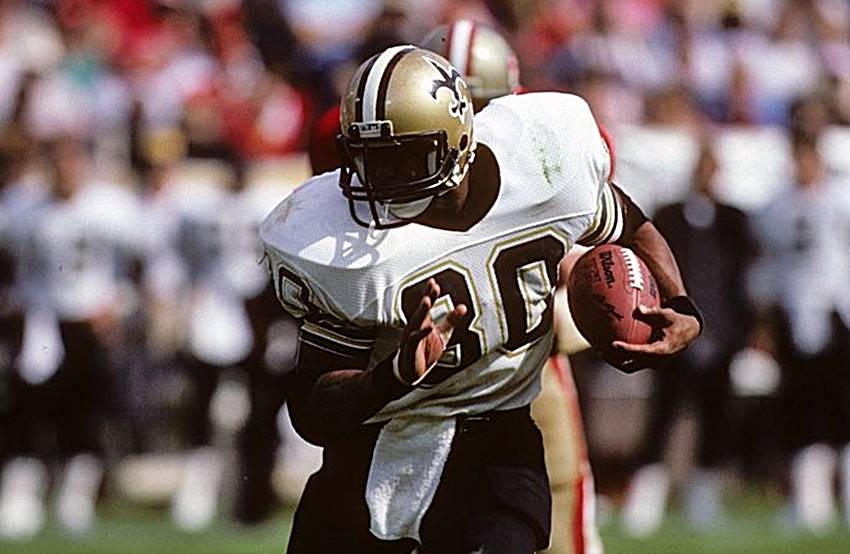 Wayne Wilson is one of the most underrated players in New Orleans Saints history.

Like Galbreath, he was a combination back, who could block, run and catch. Wilson split time between fullback and running back, doing whatever the team required of him for over eight seasons, playing in 102 games, starting 84.

Wilson rushed for 2,462 yards and 16 touchdowns. He caught 178 passes for 1,517 yards and 14 touchdowns. He returned 68 kickoffs for an average of 23 yards per return. Wilson led the team in rushing in 1985 with 645 yards. He was a workhorse in 1983, when the Saints were a play away from a first winning season and playoff appearance ever, rushing 199 times for 787 yards and nine touchdowns and catching 20 passes for 178 yards and two scores.

Wilson was angular (6-3, 215) but he was a solid blocker at the point of attack as well, when called upon, for Mike Strachan, Jimmy Rogers, George Rogers and Earl Campbell.

Hokie Gajan was the guy who was not supposed to make it but a guy that everyone pulled for. The former Baker and LSU star was a 10th-round draft pick in 1981. The Saints hid him on injured reserve for a season, getting him bigger to play fullback, despite being a running back by trade. Gajan adapated extremely well. In his four seasons with the team (1982-85), Gajan remains the all-time leader in franchise history, averaging 5.4 yards per carry.

A fan favorite, Gajan suffered a severe knee injury in the team’s seventh game in 1985 and he was never able to recover from it. He would eventually retire in 1987 and became a scout for the Saints, helping identify a good receiver at value in the draft in Floyd Turner out of Northwestern State. Gajan later became a popular color analyst on the Saints Radio Network.

He was a first-round pick out of Pittsburgh in 1988. Like Wilson, Heyward was used as both a fullback and running back. At 5-11, 260 (the latter may be generous on the low side), Heyward was a bulldozer running north and south.

In five seasons with the Saints, Heyward rushed for 1,813 yards and 13 touchdowns. He caught 67 passes for 488 yards and a touchdown. He returned two kickoffs. Heyward played in 66 games, starting 46.

His best season as a Saint was the 1990 playoff season, when he rushed for 599 yards and four touchdowns and caught 18 passes for 121 yards.

Heyward had his best seasons in 1994 and 1995 with rival Atlanta when he was in better shape. He was a solid player for the Saints but did not fulfill the first-round expectations, largely due to how large he was.

Buford Jordan was seemingly the guy that the Saints were always looking to replace with a bigger, more traditional lead blocker.

Every time he was counted out, you could count on Buford Jordan.

He was a fan favorite, a Louisiana native out of Iota and McNeese State.

Jordan played in 75 games over seven seasons with the Saints, starting 30.

Jordan did an excellent job of adapting to the fullback position as he had been a feature running back throughout his high school, college and USFL career before joining the Saints in 1986.

Jordan also rushed for 687 yards and eight touchdowns and caught 37 passes for 355 yards and a touchdown. He returned a punt and returned five kickoffs and was an important special teams player for the Saints.