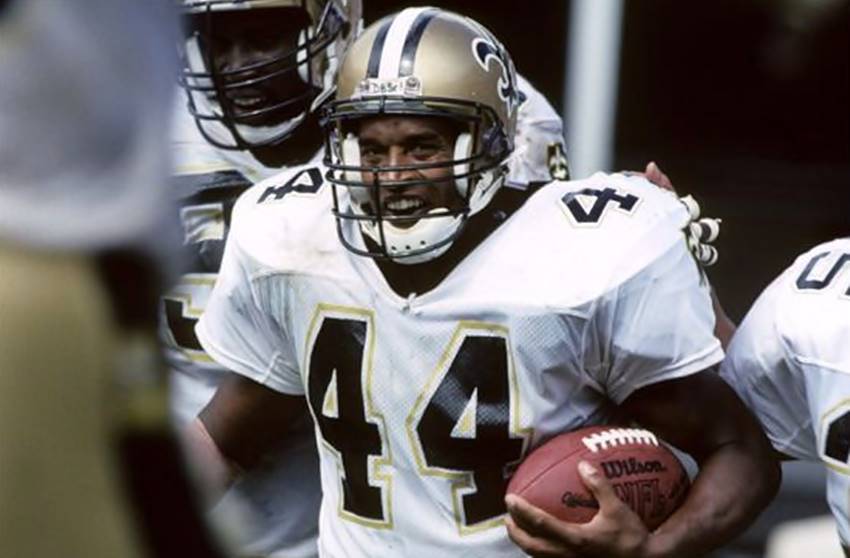 Finding a true cover corner is so important in the NFL.

Finding a shutdown corner is rare.

When the latter occurs, your team is typically going to be extremely successful.

The New Orleans Saints have had good but not great corners in franchise history.

The best was clear, based on longevity and productivity. The second person on our list is well on his way to a very good career. The other spots were hard to separate.

Another player was superb at cornerback for one season but played safety in his final two years with the team.

Here are our Top 5 cornerbacks in New Orleans Saints history:

Dave Whitsell played cornerback in his first season with the Saints and made the Pro Bowl, leading but he played safety in his final two seasons in New Orleans.

He had a great understanding of the game, using his intelligence to decipher plays, position himself properly and to jump routes.

Waymer played in 149 games, starting 131. Waymer never missed a game in his 10 seasons with the Saints, a remarkable statistic.

Waymer is the all-time leader in interceptions in Saints history with 37 and he has 15 fumble recoveries. Waymer was second in the NFL with nine interceptions in 1986 and he had five in 1987, making the Pro Bowl as the Saints had their first winning season ever and made their first playoff appearance in team history.

Though the statistics of passes defended was not kept, Waymer likely is the franchise leader in that department as well. Waymer ranks 14th all-time in games played in team history.

Marshon Lattimore has played three seasons, to this point, and figures to have a long career with the Saints.

Lattimore broke onto the scene in 2017 in brilliant fashion with five interceptions, returning one for a touchdown. Lattimore was fifth in the NFL with his five interceptions. He had 18 passes defended and recorded 52 tackles. Lattimore forced a fumble and recovered a fumble. He was the NFL Defensive Rookie of the Year.

Lattimore was named to the Pro Bowl in 2017 and in 2019. He is the only cornerback in franchise history to make the Pro Bowl twice. The Saints have been a playoff team in all three of his seasons.

Toi Cook played seven seasons from 1987-93. He is seventh in interceptions in franchise history with 16, including a pair which he returned for touchdowns. Poe was named second team All-Pro by one entity in 1983, when he ranked sixth in the league with seven interceptions. Cook was part of four playoff teams with the Saints.

Jabari Greer played five seasons with the Saints from 2009-13. He played in 63 games, starting 60. Greer started eight games in his rookie season and was an important part of the team which went on to win Super Bowl XLIV. Greer was in on 256 tackles and had nine interceptions. He had 68 passes defended.

Tracy Porter played four seasons with the Saints from 2008-2011. He was a starter on the team which won Super Bowl XLIV in the 2009 season. Porter started 43 games, starting 39. Porter had seven interceptions and 32 passes defended. Porter returned one interception for a touchdown. Greer played in six playoff games, recording three interceptions and 23 tackles.

Porter made his mark in the biggest games, in the playoffs in 2009. He intercepted two passes, including a Brett Favre pass to force overtime in the NFC championship game before picking off Peyton Manning in Super Bowl XLIV, returning it 74 yards for the game-clinching touchdown in a 31-17 victory over the Colts. In all, Porter played in six playoff games with 34 tackles.

Ernie Jackson played six seasons from 1972-77. Jackson played in 71 games, starting 62. Jackson recorded 15 interceptions, returning one for a score and he had eight fumble recoveries.

Thomas forced nine fumbles and recovered seven fumbles. He was in on 451 tackles with five sacks. Thomas was part of the 2000 team which won the NFC South and won the first playoff game in team history and he was a starter on the 2006 team which went to the NFC championship game.

Mike McKenzie played six seasons from 2004-09. McKenzie played in 68 games, starting 64. McKenzie had 64 passes defended and was in on 164 tackles. He had 13 interceptions, returning two for touchdowns.

Dave Whitsell played cornerback in his first season with the Saints and made the Pro Bowl, leading the NFL with 10 interceptions in a terrific 1967 season, the first in franchise history. Whitsell played safety in his final two seasons in New Orleans.